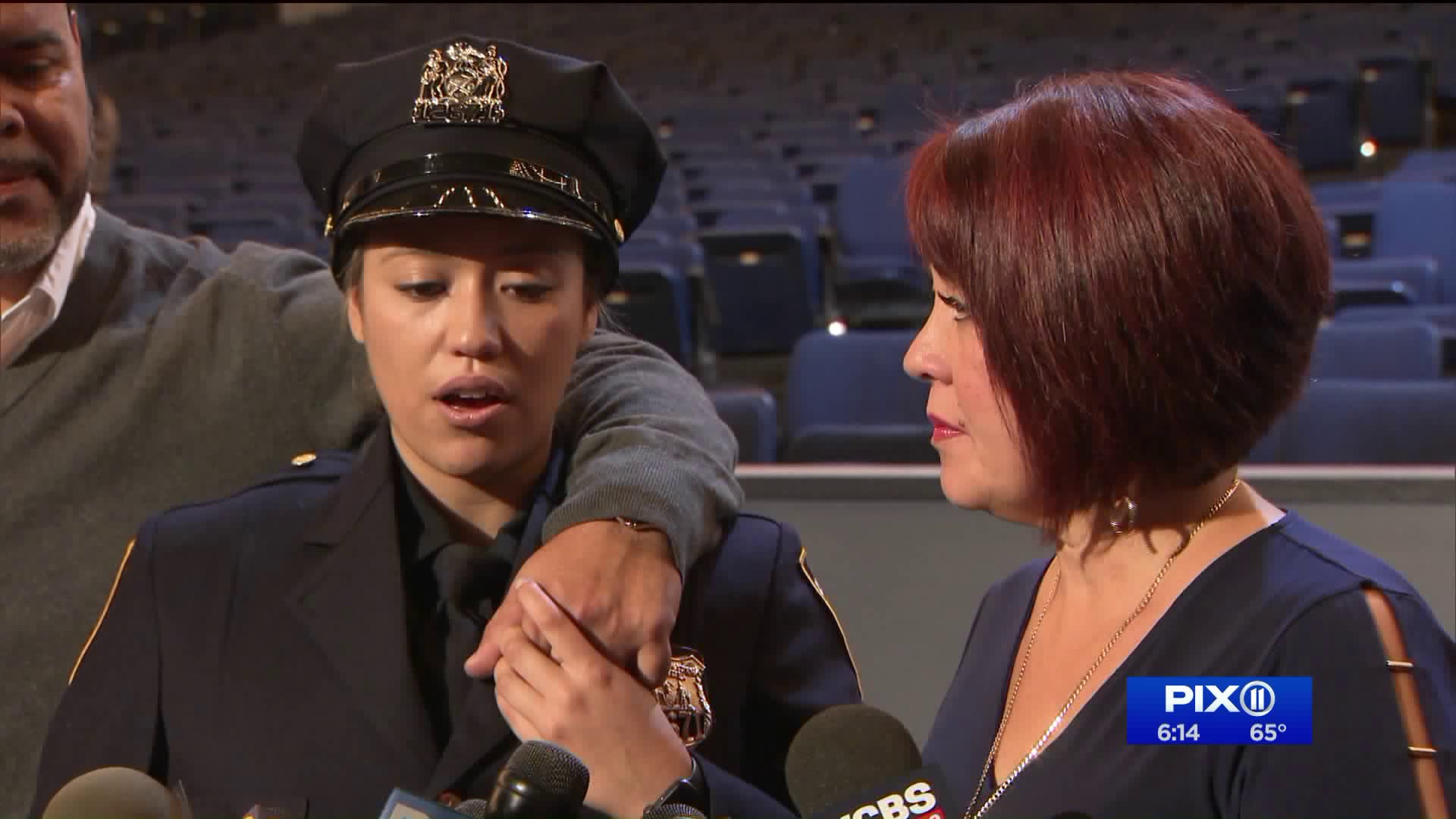 Police officer Ramon Suarez was working in Transit District 4 when terrorists struck on 9/11. His daughter, who was 9 when her father died, graduated from the NYPD Police Academy on Monday.

The daughter of a New York Police Department officer killed in the 9/11 terrorist attacks graduated the NYPD Police Academy on Monday.

Her father, Officer Ramon Suarez, was killed during rescue efforts at the World Trade Center. He'd commandeered a taxi to get to the scene of the terror attack and was last seen running back into the North Tower after he and another officer saved a woman who was unable to walk.

"I know your dad is proud you're wearing his shield today Jillian and so are we," NYPD Commissioner James O'Neill said. "Congratulations Police Officer Suarez."

Suarez was nine when her father was killed. Her birthday was just two days before the attack. She remembered seeing her dad in uniform all the time.

As she officially joined the ranks of New York's finest, she said she could feel his presence.

"When I felt that confetti coming down, I felt him hugging me instead," she said.