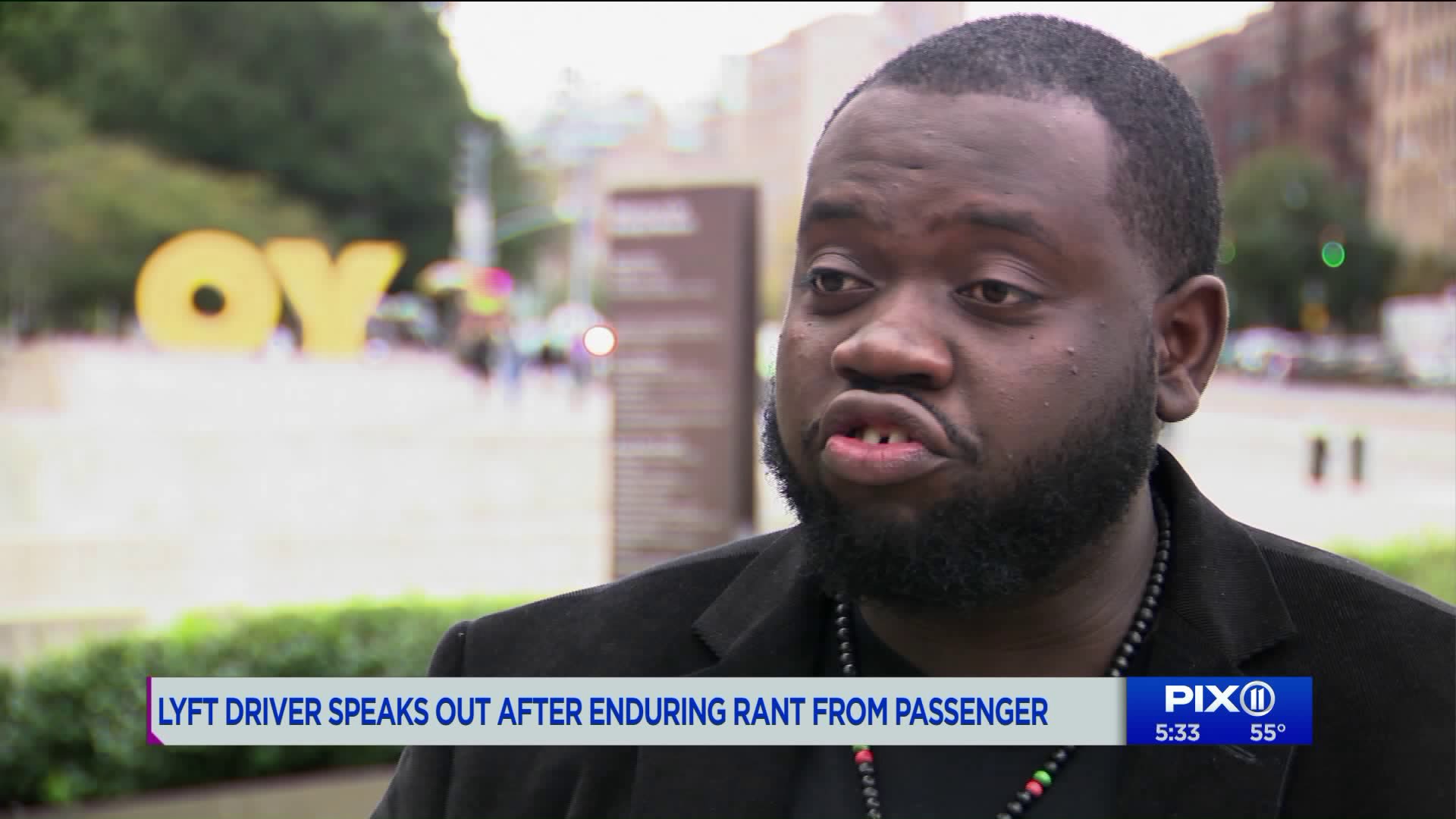 A Lyft driver who endured a rant from a rider speak out. 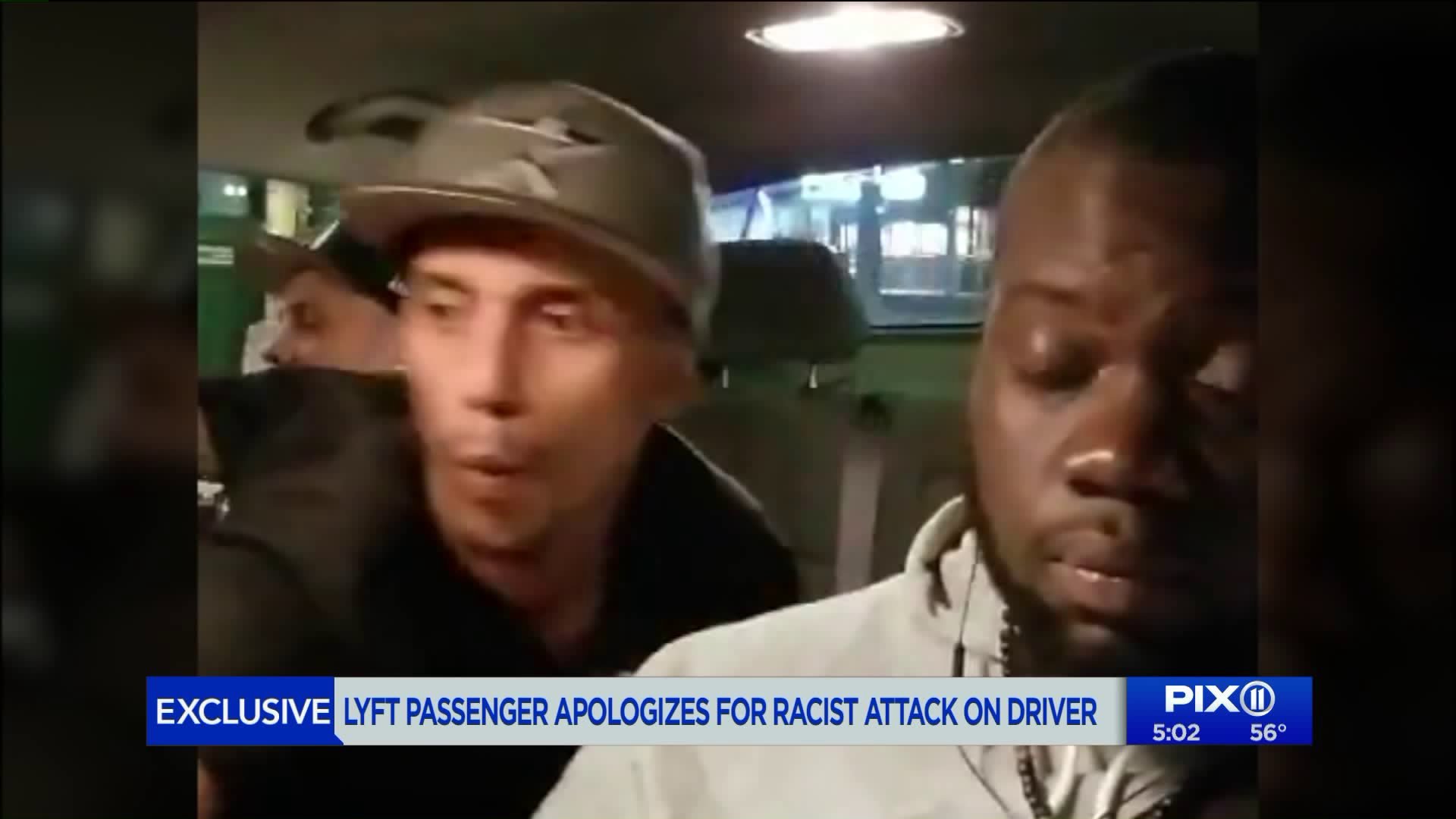 In a PIX11 exclusive, 33-year-old Robert Ortiz spoke about his now-viral rant in the back of a Lyft that's led to countless threats and hate messages.

In the video, Ortiz accuses driver Shawn Lettman of discrimination and threatens to have him fired. Ortiz said the incident happened in August, after a night of drinking with friends. Lettman did not post video of the incident until early October.

"At the end of the day, my actions were unjustifiable," said Ortiz. "There's nothing I can say behind that to say, 'but this.' No. I was drinking. A lot of the stuff I said, I didn't even remember until the next day."

The exchange started when Ortiz said he asked Lettman to change the music playing in his car.

"We were going back and forth, and he was like, 'the radio is broken,' and I'm looking at him like 'no, it's not,'" Ortiz said about what transpired. "And I started pointing at the radio like, 'it's not broken.'"

Ortiz wants people to know that, despite his drunk words, he is not racist.

"That's not how I was raised to treat people," said Ortiz. "I grew up in the projects. I just want to make sure people understand I'm not racist."

His employer, CityMD, has since fired Ortiz, and Lyft has banned him for life.

Lettman set up a GoFundMe page, which has raised tens of thousands of dollars.

Ortiz believes he and his friends were treated differently because of their ethnicity and sexual orientation.

"I'm Puerto Rican," said Ortiz. "I'm from the Bronx. I'm gay. Like, we know discrimination. You just smell it in the air. You know when someone is uncomfortable around you."

Ortiz has received countless threats and hate messages since the video went viral, and recently posted a video on YouTube, apologizing.

He said his intoxicated words do not reflect his true feelings.

"I didn't have anything deep or anything in the back of my mind," said Ortiz. "It was not like that. It was just things that I said because I felt just some sort of way at that moment."

Ortiz became tearful when he spoke about losing his job, saying he has no way of providing for his family. He said he does not want any pity; he just wants to put everything in the past.

"I just want to go on with my life," said Ortiz. "I'm not racist. My actions were completely wrong. I wouldn't want anyone to be spoken to the way that I spoke to him."

A 16-minute video posted to Facebook captured the passengers throwing racial slurs, accusing the driver of treating them differently because of their race, and threatening to have the driver fired.

Lettman, who spoke to PIX11 earlier, remained silent for the entire video, only stopping once to ask if he can point out that has a notice posted on his door that he may be recording the ride.

"It's either, I'm going to endure 16-minutes plus of this assault and I can suck it up and go home, or I can respond the way he wanted me to and I'll probably be in jail for two to three years for assault."

Lettman eventually ended the video and called police, who came and sent the passengers on their way.