Newark warns 30,000 residents: Do not drink the water 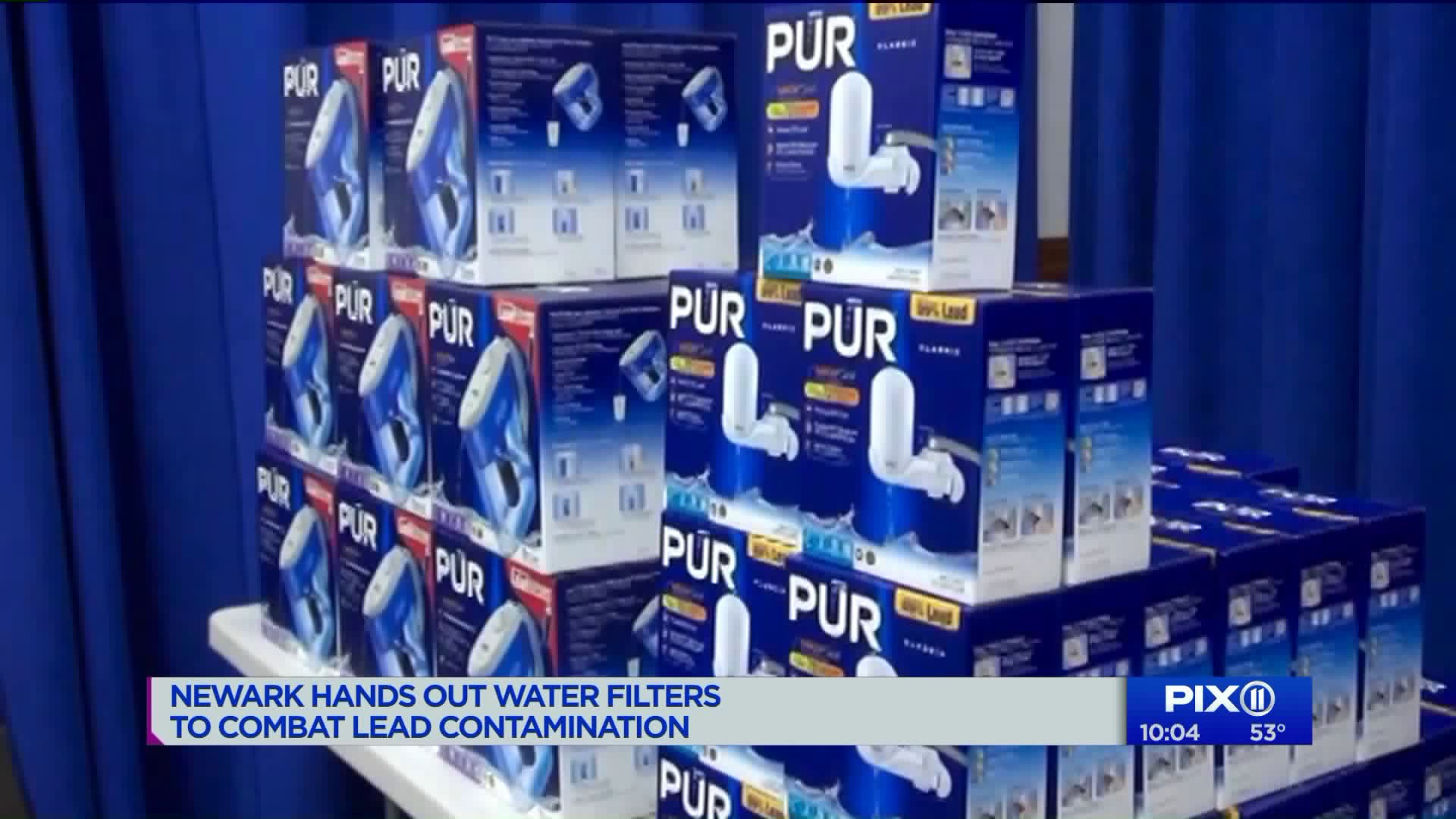 Old lead service lines have been in the ground in Newark, and many old cities, for decades. The city says it wasn`t until recently that lead chips began breaking off the service lines, and leaching into the water. The way the city was treating the water to prevent this is no longer working. 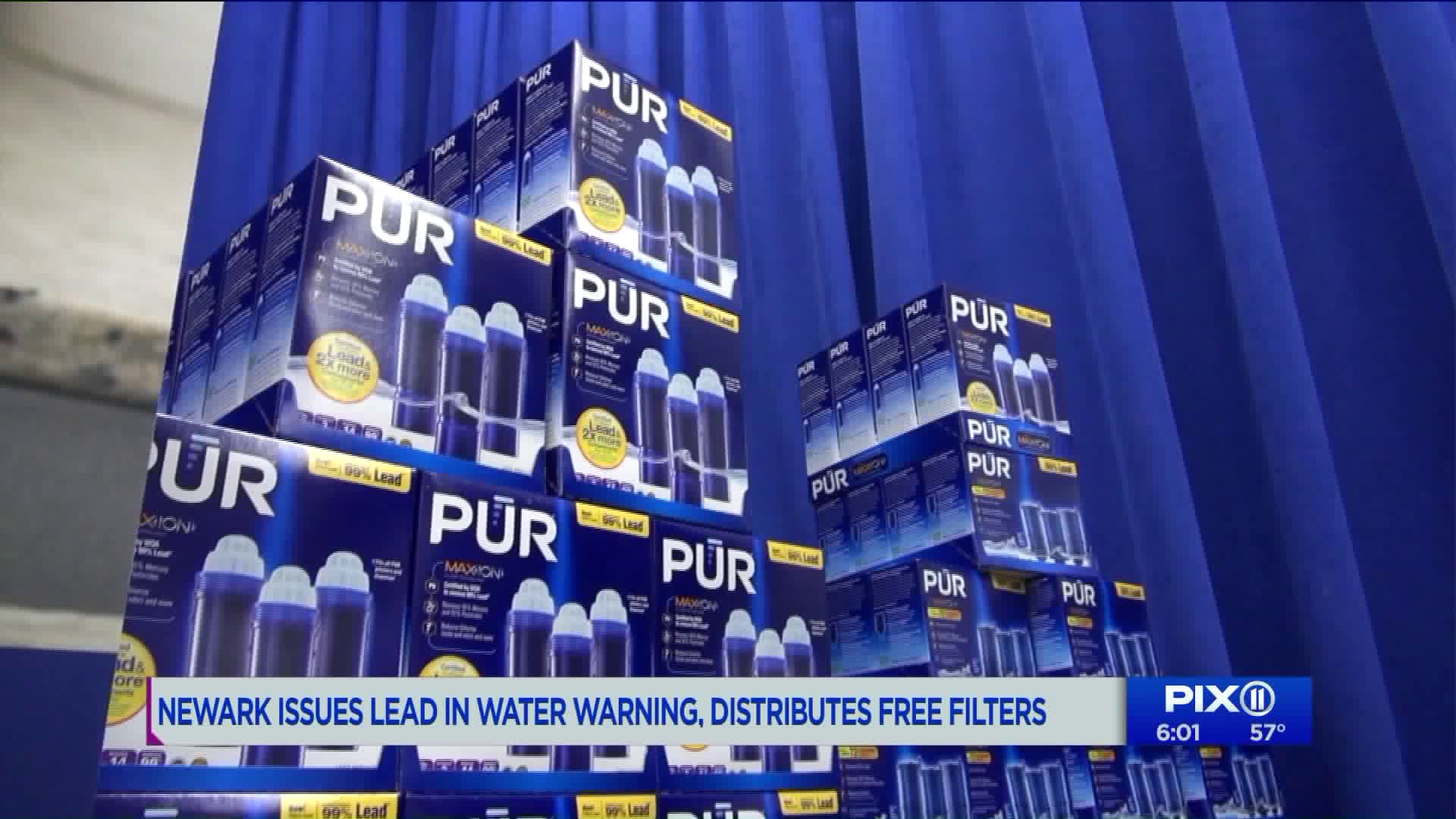 NEWARK -- High lead levels have been found in the water in thousands of homes and businesses in Newark - as a result, the city is distributing 40,000 free water filters.

Old lead service lines have been in the ground in Newark, and many old cities, for decades. The city says it wasn't until recently that lead chips began breaking off the service lines, and leaching into the water. The way the city was treating the water to prevent this is no longer working.

"The corrosion control presently being used has not been effective in various parts of the north ward, parts of the south ward, the west ward and the central ward," said Newark Mayor Ras Baraka. "The east ward has been unaffected."

Infants and children under age 6 are urged to drink bottled water only. Pregnant women, the elderly, sick and especially kids — can suffer health issues from lead exposure. Children are at risk for developmental problems. The city recommends children be tested for lead.

"I do have a little great nephew that’s 10," said Roslyn Edgerton, while standing in front of her family home on Chadwick Avenue. "That’s concerning me. He’s very bright right now. But if this water is contaminated, and he’s been living here since he was about 4, has it harmed him?"

Officials are working on a new treatment system, but that could take 18 months to develop.

Starting today — they are handing out 40,000 free PUR water filters to anyone with tainted water, plus a years supply of cartridges.

"There are some homes that do not - that are not effected by this at all," said Baraka. "So every resident in the city does not need a water filter."

The National Resource Defense Council filed a lawsuit against the city in June. The non-profit says filters won’t protect everyone and that requests for lead testing have gone unanswered, saying quote: “Newark’s water has some of the highest lead levels of any big city in the nation. They have known for more than a year, yet they’ve told residents it’s safe to drink.”

The mayor stood by that today.

"The drinking water is safe," said the Mayor. "In fact, Newark has some of the best drinking water. The problem is that our infrastructure is not safe."

The city is also working to replace old lead service lines, but this could take another 5 to 8 years and it may cost upwards of $75 million.

In the meantime, the city is offering residents free water testing. You can call the department of sewer and water at
973-733-6303, or e-mail them at: waterandsewer@ci.newark.nj.us.

They’ve also launched a website: www.newarkleadserviceline.com. Here, you can enter your address to see if your home needs a filter.

The Environmental Protection Agency published the lead and copper rule in 1991 to regulate lead in drinking water. It required water systems to monitor drinking water.

In 1994, Newark did a study of their water system to find out what the best corrosion control treatment would be, in order to control the lead levels in drinking water. They chose to use sodium silicate to do this, which was approved by the state Department of Environmental Protection. They continued to test their water bi-annually over the past couple decades and this appeared to be working, until 2017.

Last year, Newark was issued a violation for exceeding the federal lead limit of 15 parts per billion. Lead in water exceeding this level is considered dangerous.

Until this issue can be resolved, the city will go door-to-door to distribute water filters and they will also be available for pick up at city hall and the following locations: