Students at William Paterson University are living in mold-infested dorms 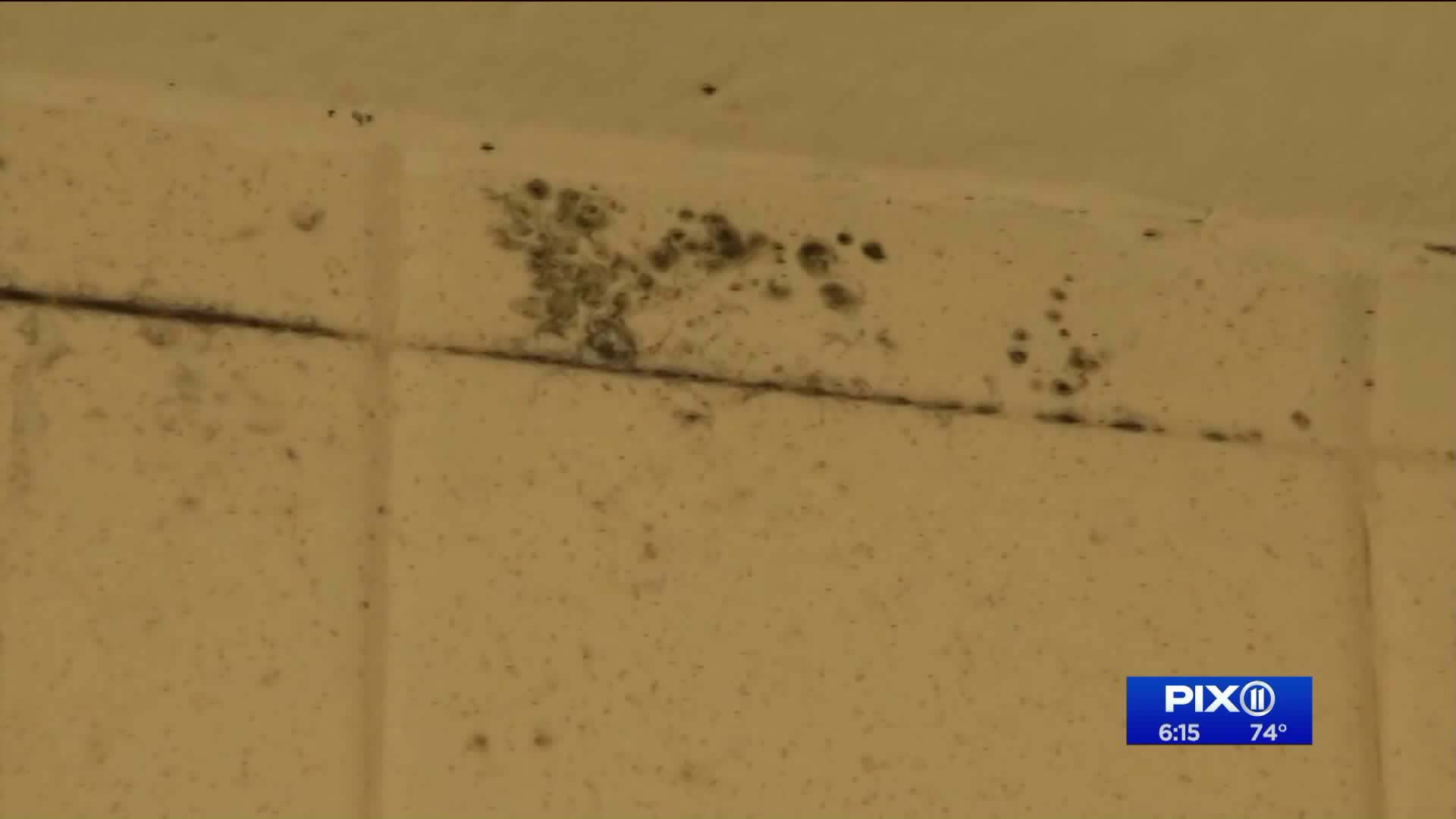 The dark-colored fungus is spreading down from the ceiling, walls and even all over their stuff. The University says they are working to remediate it, but students say not fast enough.

WAYNE, N.J. - The dark-colored fungus is spreading down from the ceiling, walls and even all over their stuff. The University says they are working to remediate it, but students say it's not fast enough. Omarr Kaba and his suite mates say they've been living like this for weeks.

“It’s, you know, it’s unsafe," said Kabal "We are paying to live here and to go here. And this is unacceptable really.”

Chadwyck Linwood, another student, moved into Hillside Hall at the beginning of this semester.

“I started to feel like the room was always moist," said Linwood. "Fast forward, I found mold underneath my bed.”

Linwood has asthma and he felt like the mold was making it hard to breathe, so he requested to move. He's now roommates with Kabal, but is still dealing with the same problem.

“The mold is still here unfortunately," he said. "There is a crack of mold coming through the floor. It destroyed my shoes. My guitar case.”

Spores are even growing inside the air conditioners in their rooms - a system designed to control humidity.

People with asthma, allergies or who are sick are particularly at risk to mold exposure.

"If you come into a room that has an overgrowth of mold and you are feeling acutely short of breathe, or wheezing, or coughing, or having significant nasal congestion, then you know, there might be a role that that exposure is leading to these symptoms," said Dr. MaryAnn Michelis, Chief of the Allergy & Immunology Department at Hackensack University Medical Center.

The students we interviewed are convinced that the mold is giving them runny noses, coughs and headaches.

"It’s the reason people are getting sick," said Kabal.

“Each time mold has been reported, we have quickly remediated... When necessary, students have been relocated. We anticipate the problem being alleviated as the fall weather changes.”

But these students say no one has responded to their complaints.

PIX11 followed up with William Paterson to see when these students will see their room remediated. So far we have received no response.