Exclusive: Cat who was minutes away from being thrown into a garbage truck is rescued by Good Samaritan 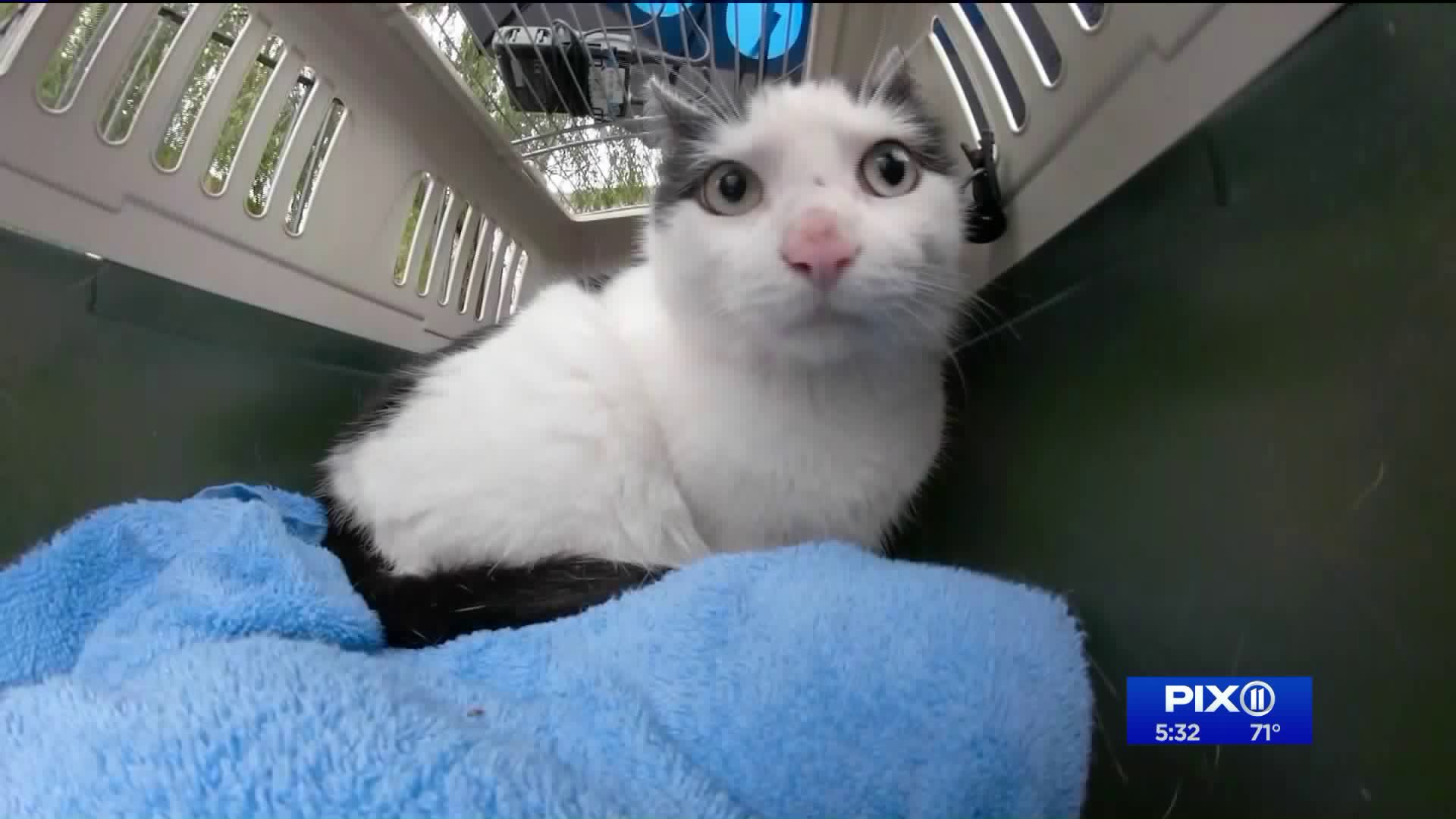 Still, after a cat was found stuffed into an undersized cat carrier in a pile of trash bags minutes before trash pickup, the search is on for whoever did this, and there`s been an outpouring of support for the cat, and anger for his abuser.

BELMONT, The Bronx -- Some animal rescuers call it one of the worst cases of animal neglect they've seen, but thanks to a Good Samaritan, the story has a happy ending.

Still, after a cat was found stuffed into an undersized cat carrier in a pile of trash bags minutes before trash pickup, the search is on for whoever did this, and there's been an outpouring of support for the cat, and anger for his abuser.

The cat's been named Raymond, after Raymond Deidesheimer, 28, a lifelong Bronx resident who happened to be walking by the pile of trash bags on Cambreleng Avenue with his girlfriend here Wednesday morning, when he made the shocking discovery.

"I was sad to see it was buried deep in the garbage bags," Deidesheimer said. "I was a bit angry."

That's an understatement, in fact, as the hero explained.

"I was like, let me record this, 'cause this is crazy."

In the video he took as he and his girlfriend fished the undersized carrier filled with an oversized cat, Deidesheimer cursed heavily in disgust over the impending death the cat faced.

The video was posted on the Instagram page of the animal rescue group Little Wanderers NYC, which Deidesheimer's girlfriend contacted.

"We'll get him neutered and get him vetted and all the needs he could want," said Little Wanderers NYC's director Lisa Scoggins. The non-profit organization also found a foster parent for the cat.

"This is the worst case of animal neglect I've ever seen," Scroggins said. "Little Wanderers NYC stepped up."

Little Wanderers NYC felt compelled to name the cat after his rescuer. So they're both named Raymond.

Now, Raymond The Hero is trying to raise money to support Raymond The Cat, as well as Little Wanderers NY.  His GoFundMe page is starting to see assistance come in.

"The cat could've been dead," said Deidesheimer. "I was just there at the right time."