‘The system failed my daughter’: Mom speaks out after daughter gunned down in Brooklyn 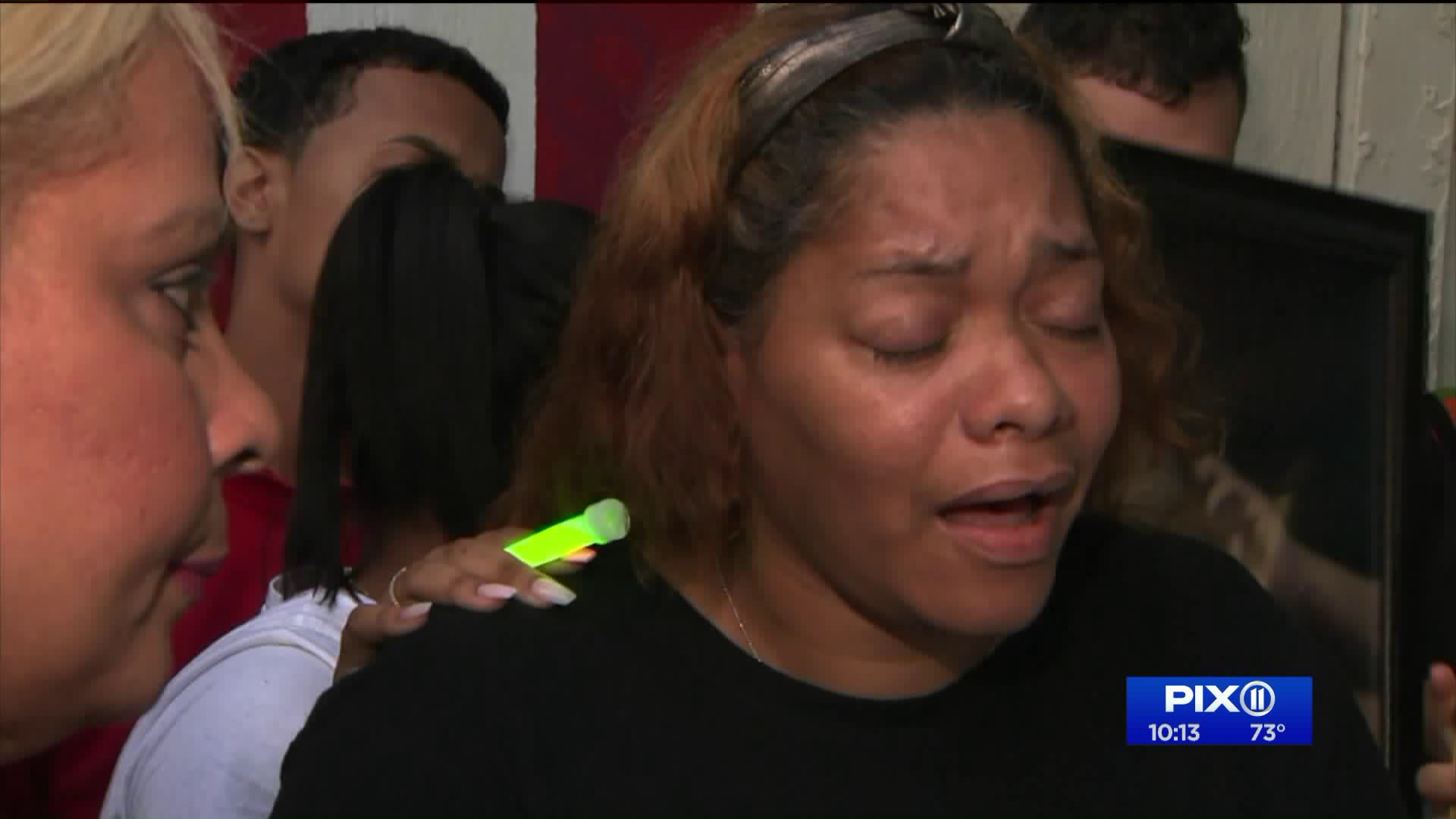 A man allegedly gunned down his ex-girlfriend, a young mom, even after the victim filed numerous police protection reports. Family members of the victim have appealed for peaceful ends to relationships gone bad at a 24-hour vigil.

BUSHWICK, Brooklyn — A man allegedly gunned down his ex-girlfriend,  a young mom, even after the victim filed numerous police protection reports.

Heartbroken mom Cynthia Santos was out with her daughter, 24-year-old Sade Sanchez, on Sunday when Sanchez was killed. Gabriel Ramirez, 26, allegedly shot Sanchez several times in the torso.

Sanchez and Ramirez had two sons together.

"The system failed my daughter," Santos said. "We made numerous police protection reports. Nothing ever happened and my daughter died in my hands and I couldn't save her."

Ramirez turned himself in to police. He's been charged with murder.

Candles, balloons and flowers form a makeshift memorial in front of the home where Sade lived with her sons, ages 3 and 6.  Community members talked about domestic abuse and appealed for peaceful ends to relationships gone bad at a 24-hour vigil.

"If you see signs something [is] wrong, say something about it," James Sanchez, the victim's father said. "Help that person so they don't have to go through what my daughter went through."