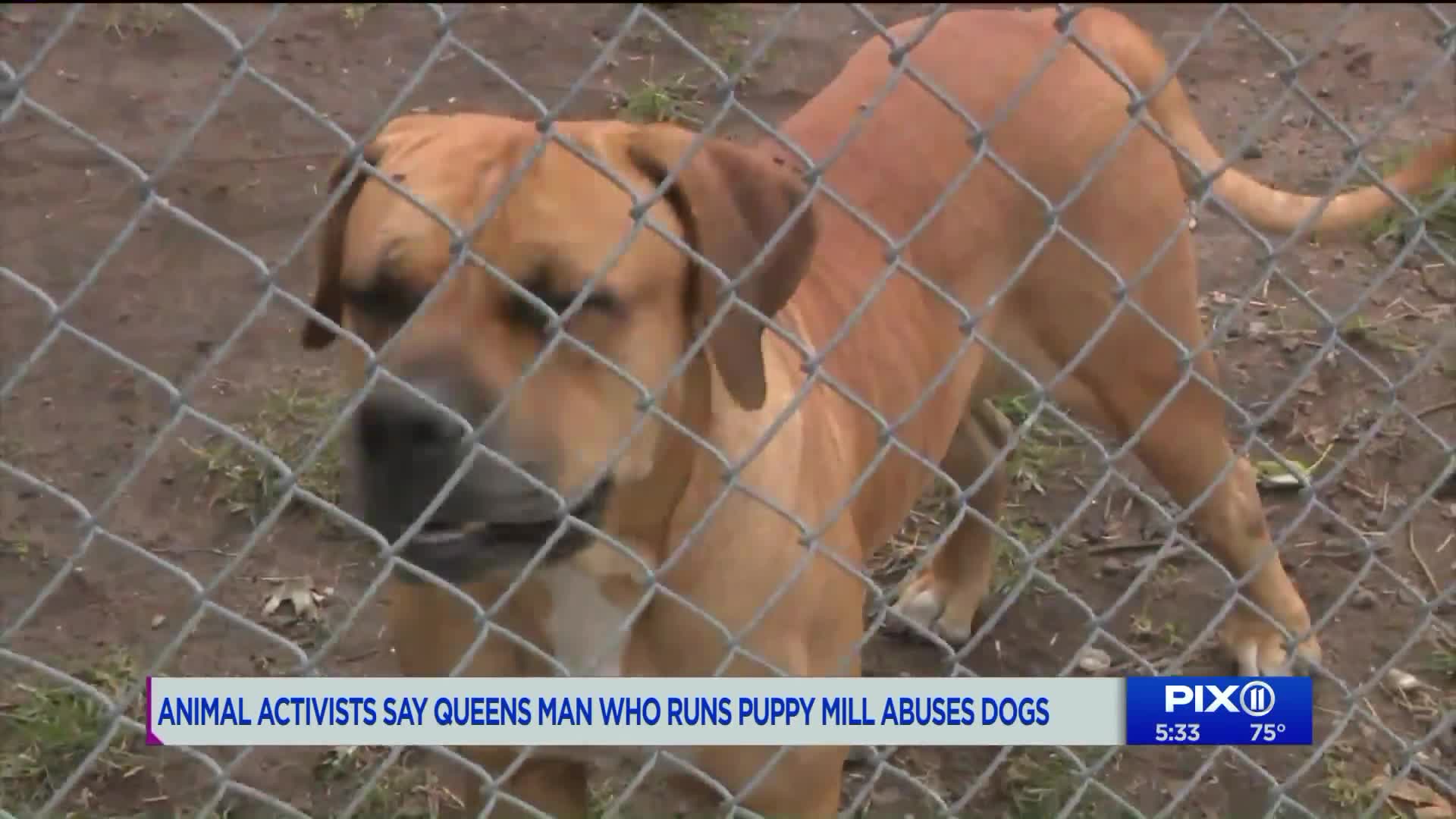 FAR ROCKAWAY, Queens  — In a disturbing video posted on Facebook, a pack of dogs are seen running scared in a yard in Far Rockaway, Queens.

Their owner appears to verbally and physically abuse them on-camera, in broad daylight. It’s a scene too disturbing to show on television, but residents tell PIX11 it’s just another day at the Thursby Avenue home.

“He started beating all the dogs, I saw that the dogs were very skinny and bleeding,” Tamara Demkoff, a local animal advocate, described to PIX11.

Demkoff shot the disturbing video on her cell phone back in February. According to her, she’s one of many from the community who has pleaded with the dogs’ owner, identified as Terrance Alexis, to surrender the animals after receiving numerous complaints from neighbors.

“Everybody knows about this guy, but no one does anything about it because everybody is afraid of him,” she said.

Months after that video was taken, it appears the problems on the property have gotten worse.

Neighbors who spoke to PIX11 - declining to be on-camera - say they have made countless calls to police and the American Society for the Prevention of Cruelty to Animals about the activity at the home, but not much has been done.

Some complaints, they say, go back nearly two years.

Quealy, who runs local animal rescue Redemption Rescues and has made several visits to the home, recently posted about the situation on Facebook, including the footage from February.

It was her final attempt, she says, to get authorities to do more for what she estimates to be 12 dogs that are in danger.

Alexis was recently charged with five counts of torturing and injuring animals as well as failing to provide proper care to animals left outdoors after officers responded to the home during an incident in July where they found a German Shepherd with a large wound on its abdomen.

When PIX11 paid a visit to the home at the center of the disturbance Wednesday afternoon, Alexis wasn’t too happy to see us.

The Far Rockaway man eventually agreed to talk off camera, vehemently denying the allegations and insisting his neighbors are out to get him.

“If these dogs were in so much danger why didn’t the ASPCA take them all away from me?” he said. “They’re still here.”

The man, who is currently the subject of an animal cruelty case, insists his dogs are well taken care of. He acknowledged that while the Facebook video looks bad, it doesn’t tell the whole story.

Alexis is expected to appear in court to answer those animal cruelty charges on Dec. 5.

The Queen’s District Attorney’s Office, which has come under fire by advocates for not doing enough, declined to comment on this story citing they do not comment on active criminal investigations.