Teens punch woman, 67, in the face in the Bronx; knock out man they thought was talking about them 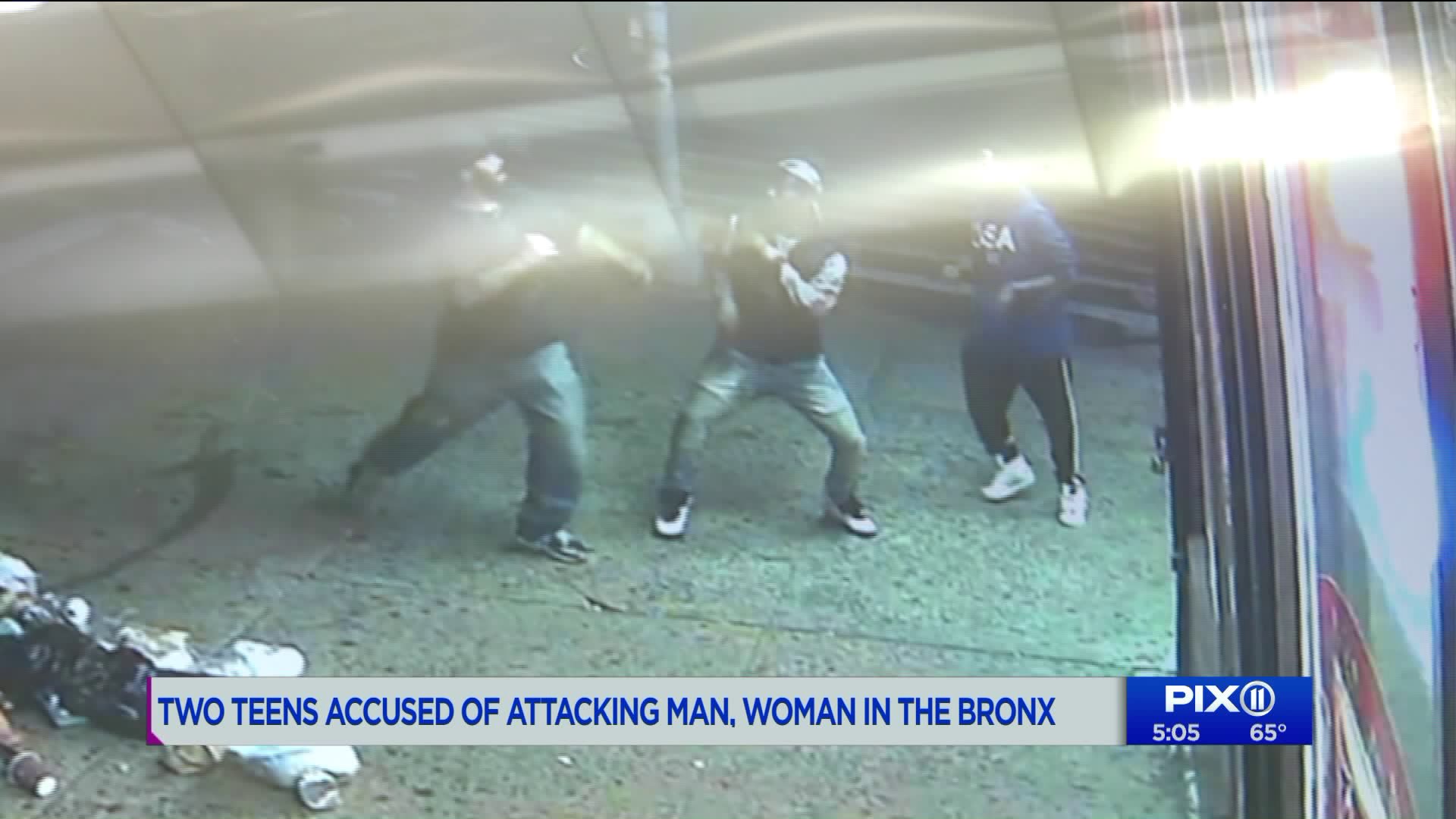 The vicious attack was caught on video.

SOUNDVIEW, the Bronx — Teens knocked out a man they thought was talking about them and then punched a 67-year-old woman in the face in the Bronx early Sunday, police said.

Surveillance video showed the teens attack the man in front of a deli on Whiteplains Road. The 33-year-old victim tried to fight off the teens. One of the attackers grabbed a garbage can and used it as a weapon.  The man was knocked out.

A 67-year-old woman witnessed the attack and yelled at the teens, police said. They punched her in the face, fracturing an eye socket.

A family member told PIX11 the woman is OK.

Several minutes after the attack, the man woke up and went into the deli for help. He got a napkin to wipe his face and then walked away.