Homeless woman who confronted mayor at gym speaks out 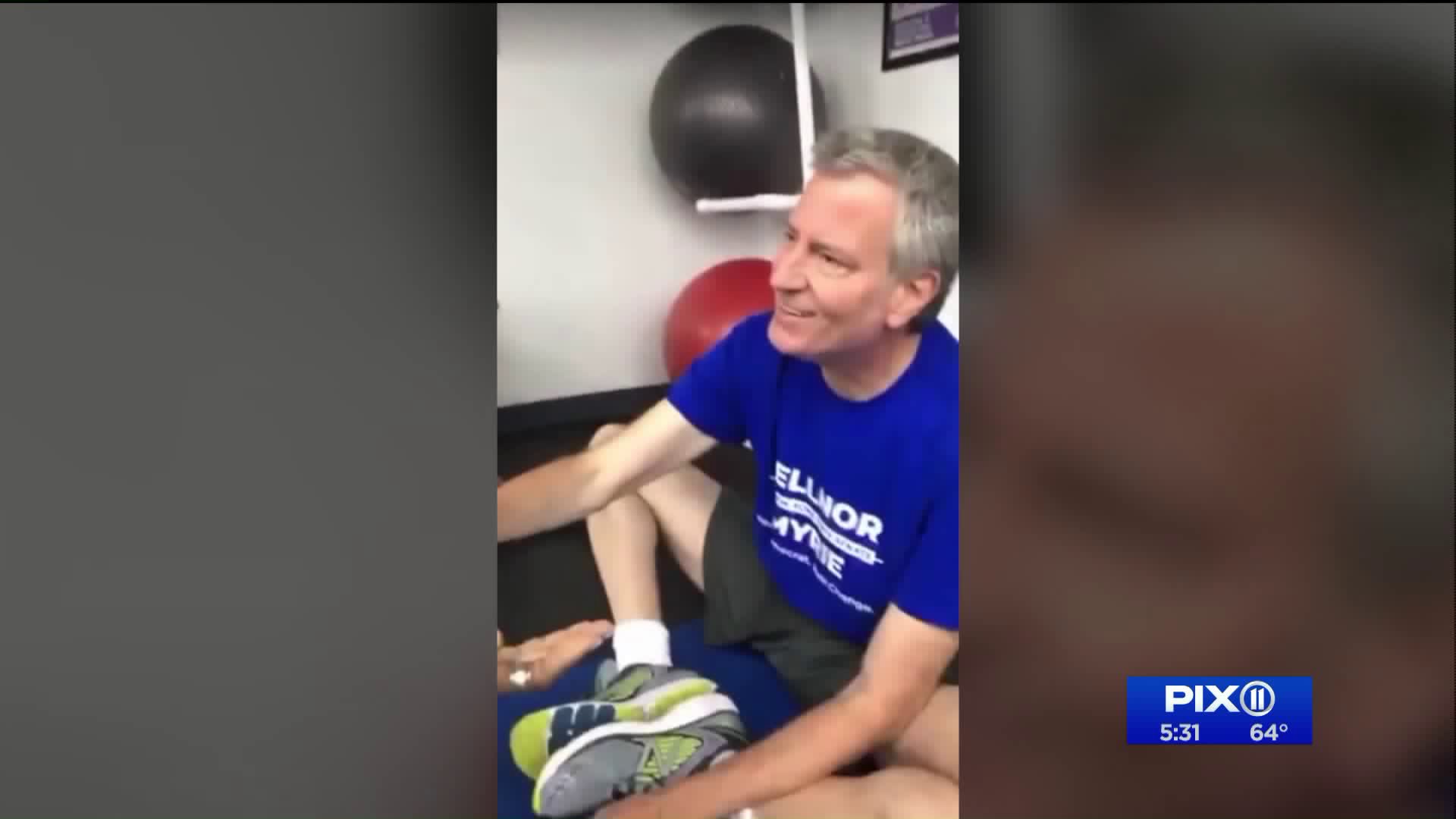 At 72 years old, Adesegun is herself homeless, living in a women`s shelter in Queens after being evicted from her rent stabilized apartment back in February 2015.

Nathylin Flowers Adesegun says she organized the Friday protest with Vocal NYC, a homelessness advocacy group because she said they are fed up.

At 72 years old, Adesegun is herself homeless, living in a women’s shelter in Queens after being evicted from her rent stabilized apartment back in February 2015.

Adesegun said the group wants 24,000 units from new construction in our city to be used for homeless and low income people and cornering the mayor at the gym was the only way to get his attention.

Bill de Blasio was caught on camera on Thursday brushing off Adesegun, telling her “I’m in the middle of doing my workout. I’m sorry. I can’t do this now.”

The video then shows De Blasio’s security officers stepping in front of the woman as the Democratic mayor gets up and walks away, cell phone in hand.

Adesegun says it worked. She says the group received a call from city hall and was told a meeting would be arranged with the mayor.

However, when PIX11 called a city hall spokesperson to confirm those details, we were told VOCAL NYC will meet with city hall officials and not necessarily the mayor.

Adesegun said they’re not interested in being strung along any further. On October 24th the group plans to protest in front of Gracie Mansion.

Today, the mayor was asked about the Friday confrontation during the Columbus Day Parade along Fifth Avenue but he appeared to ignore reporters questions on the topic.