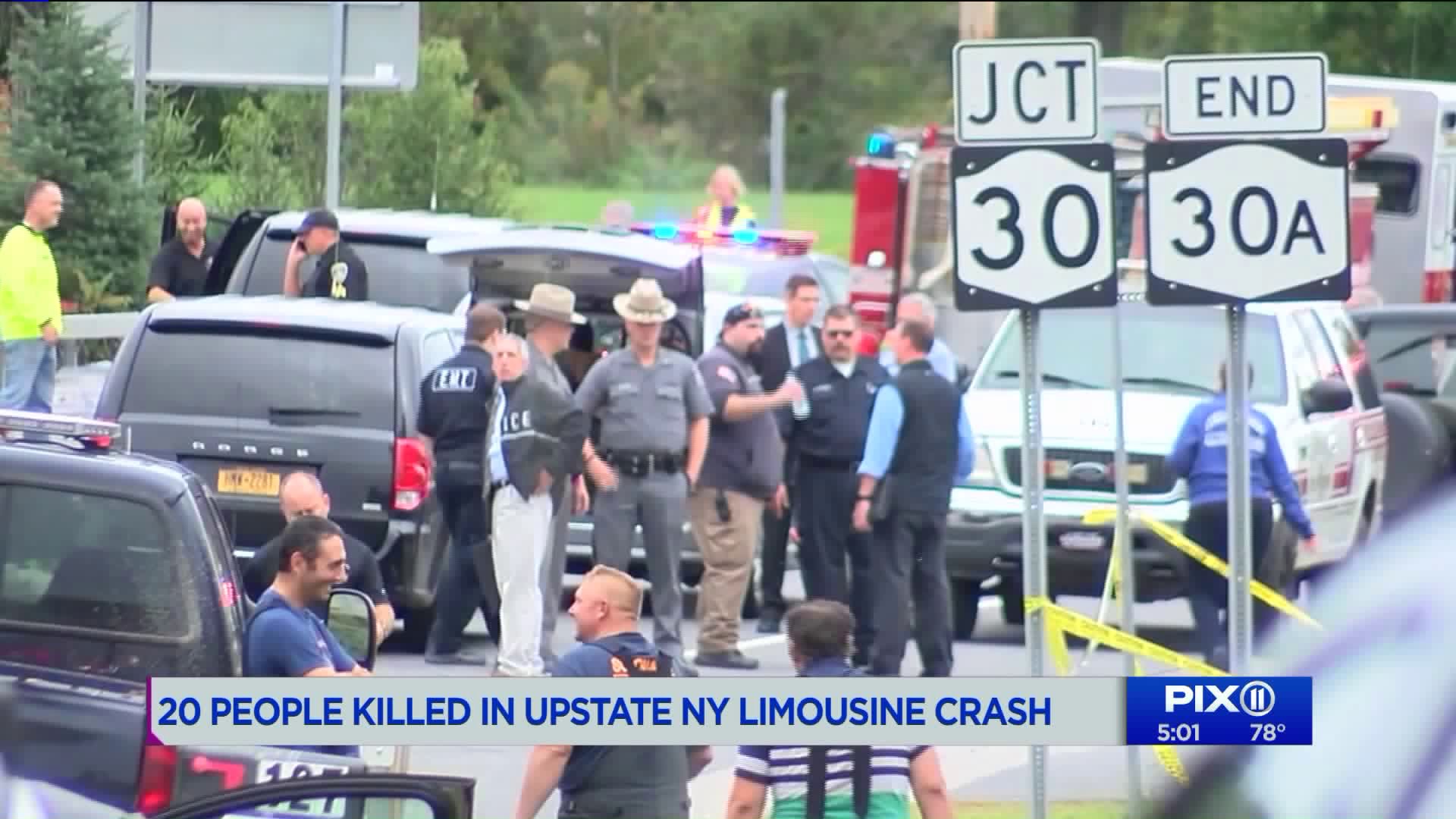 A limousine on its way to a birthday party blew a stop sign at the end of a highway and plowed into a parked but unoccupied SUV, killing all 18 people in the limo and two pedestrians in the deadliest U.S. transportation accident in almost a decade, officials and a relative of one of the victims said Sunday. 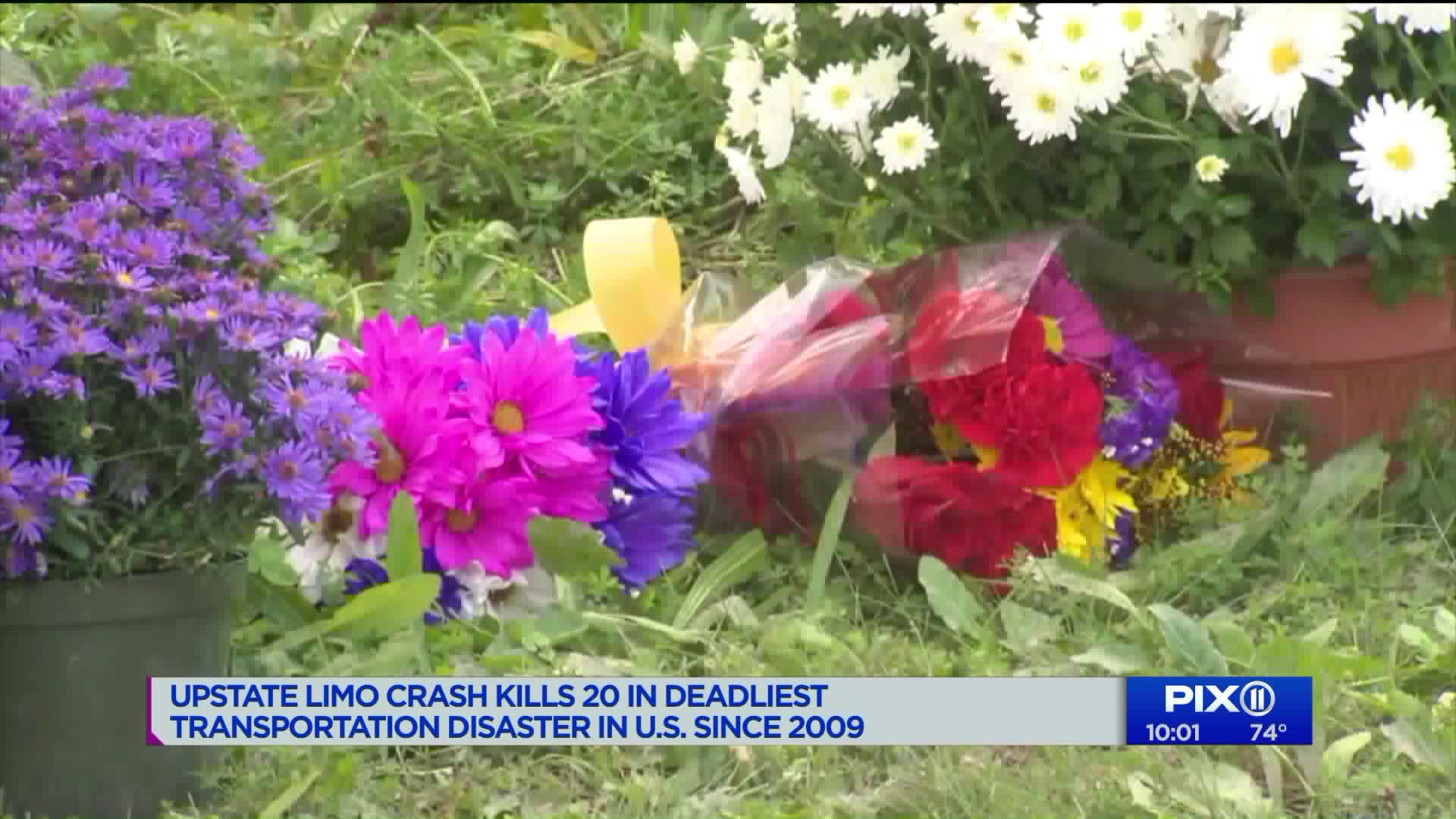 SCHOHARIE, NY — A relative says the limousine that crashed in upstate New York was carrying revelers to a 30th birthday party for one of four sisters on board.

That's according to Barbara Douglas, who identified herself as the sisters' aunt at the crash scene. She says all four sisters were killed. Douglas says the sisters "did the responsible thing getting a limo so they wouldn't have to drive anywhere."

She said three of the sisters were with their husbands and identified them as Amy and Axel Steenburg, Abigail and Adam Jackson, Mary and Rob Dyson and Allison King.

Douglas said the couples had several children between them who they left at home.

"They were wonderful girls," Douglas said. "They'd do anything for you and they were very close to each other and they loved their family."

Authorities say all 18 people in the limousine died as well as two pedestrians.

Officials say Saturday's crash in Schoharie was the deadliest transportation accident in the U.S. since a 2009 plane crash in Buffalo, New York, killed 50 people.

Authorities said at a news conference Sunday that the 2001 Ford Excursion limousine plowed into an unoccupied sport-utility vehicle in a parking lot across from the intersection.

A witness says the crash  "sounded like an explosion."

Linda Riley of Schenectady, New York, says she was in a parked car at the Apple Barrel Country Store in Schoharie on Saturday when she heard the noise.

She says she got out and saw a body on the ground by her vehicle, and broken tree branches everywhere.