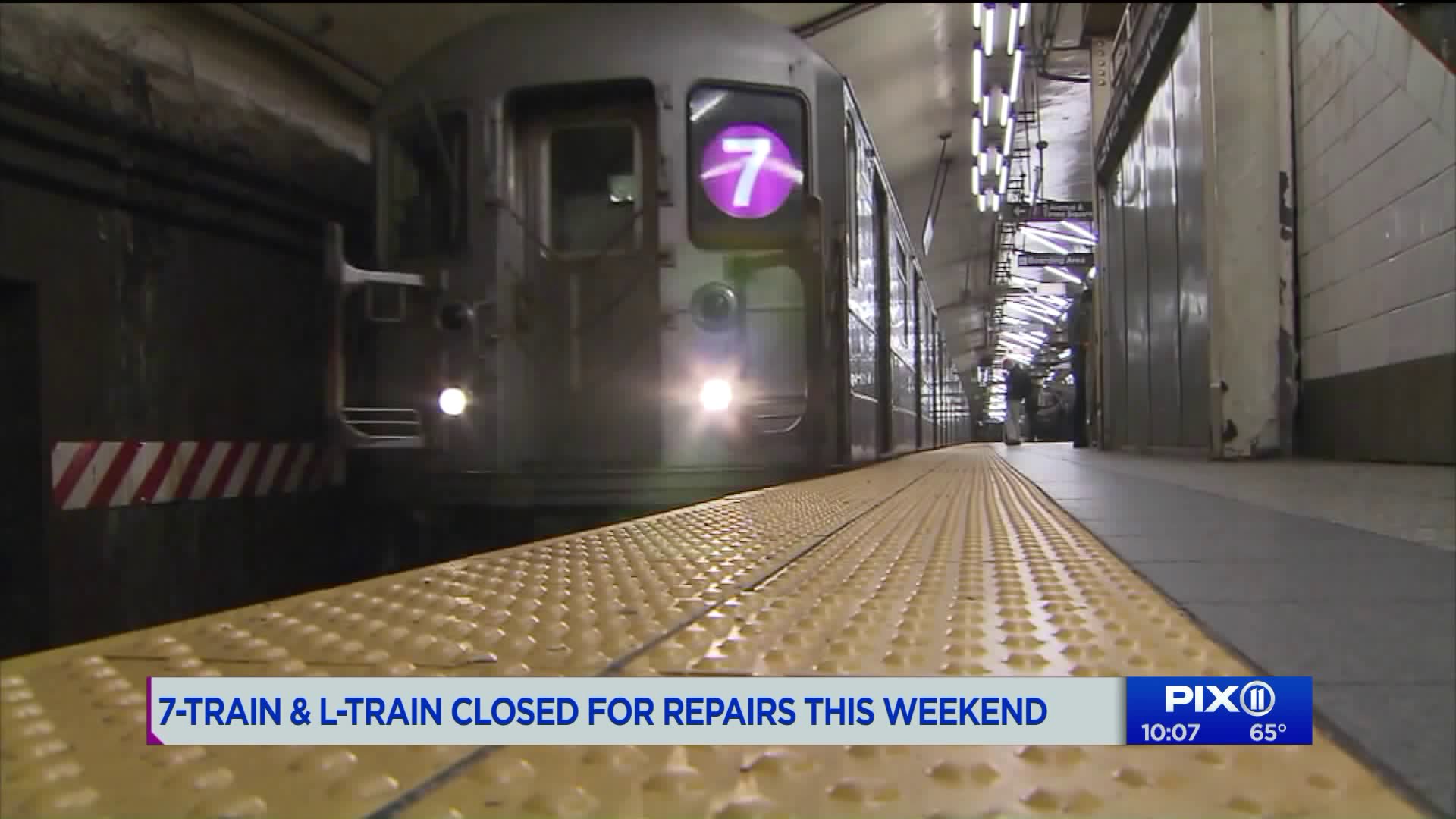 To prepare stations and tracks for the upcoming L train tunnel work which is in April - the L train will not run in Manhattan to Broadway Junction all the weekends in October starting at 11pm Friday night until 5am Monday morning - three shuttle bus routes will serve Bushwick, Williamsburg, Greenpoint

NEW YORK -- Your weekend plans need to include a check of the transit service alerts.

The 7 train will not be running in Manhattan this weekend. It will service Flushing to Queensboro Plaza. Some local stops will be skipped Flushing-bound.

MTA NYC Transit is wrapping up the final stages of technology upgrades to the tracks in the next few months. It will allow more trains to run.

Visitors to Comic Con at the Javits Center on the west side can take a shuttle bus between Hudson Yards and Times Square. Extra service will be added to the M34 route.

To prepare stations and tracks for the upcoming L train tunnel work (which begins in April and goes 15 months) the L will run only between Canarsie and Broadway Junction. This will happen during all the weekends in October and two weekends in mid-November.

Three shuttle bus routes are set up in Bushwick, Williamsburg and Greenpoint. That work begins at 11 p.m. Friday night and goes to 5 a.m. Monday morning.

Info on those detours are here.