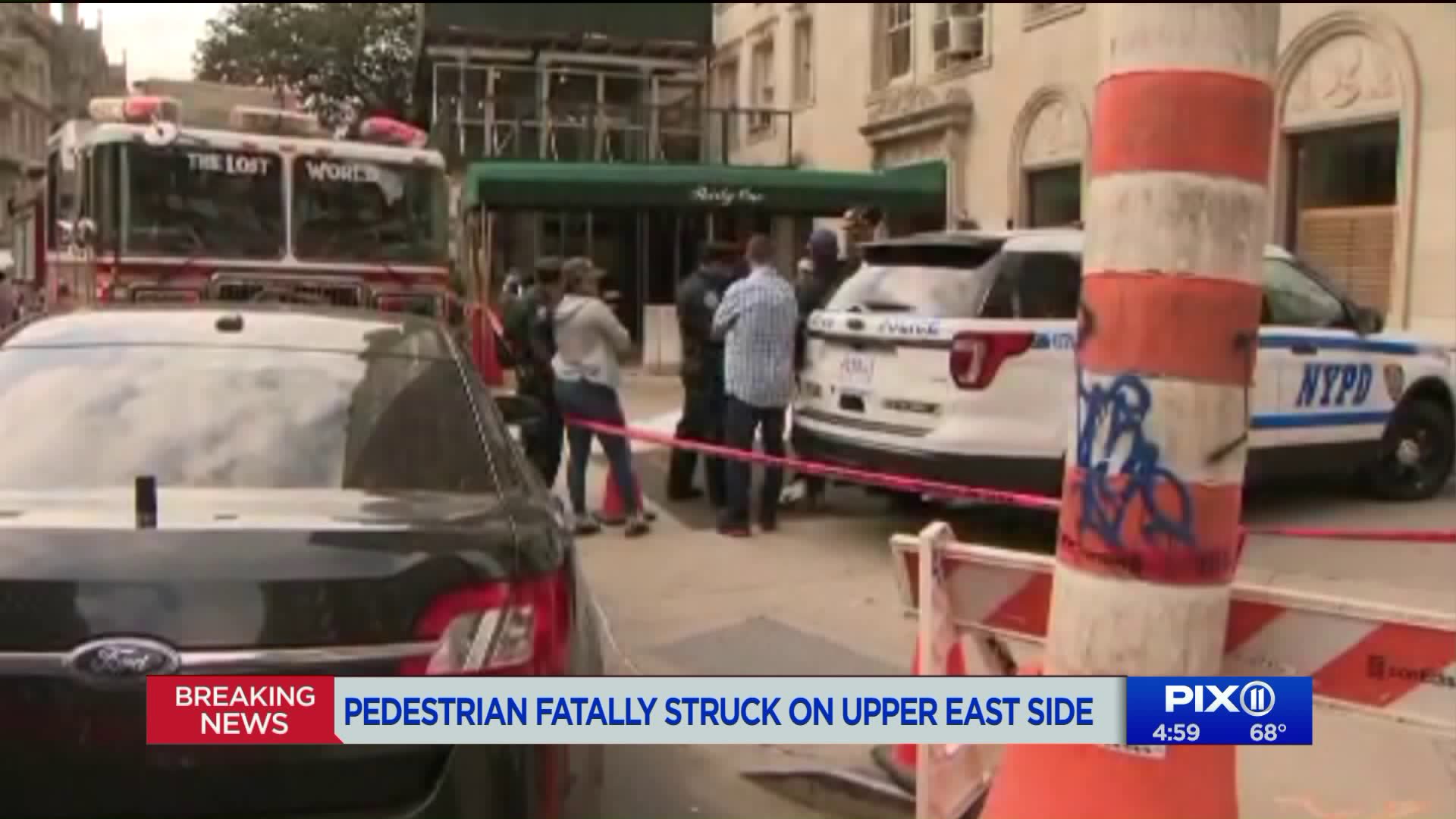 A pedestrian was fatally struck by a car on the Upper East Side Friday afternoon, the FDNY said.

UPPER EAST SIDE, Manhattan —  An SUV jumped a curb, striking and killing an 84-year-old woman before slamming into a scaffolding on the Upper East Side, the NYPD said Friday.

The incident happened near the intersection of East 79th Street and Madison Avenue shortly after 3:30 p.m.

The victim, identified as 84-year-old Nahid Taghinia-Milani of Manhattan, was reportedly standing on the sidewalk when she was struck by a driver who was turning left onto Madison Avenue from East 79th Street.

Officers say they found the victim unconscious and unresponsive with head and body trauma. She was pronounced dead at the scene.

There have been no arrests and the investigation remains on-going.