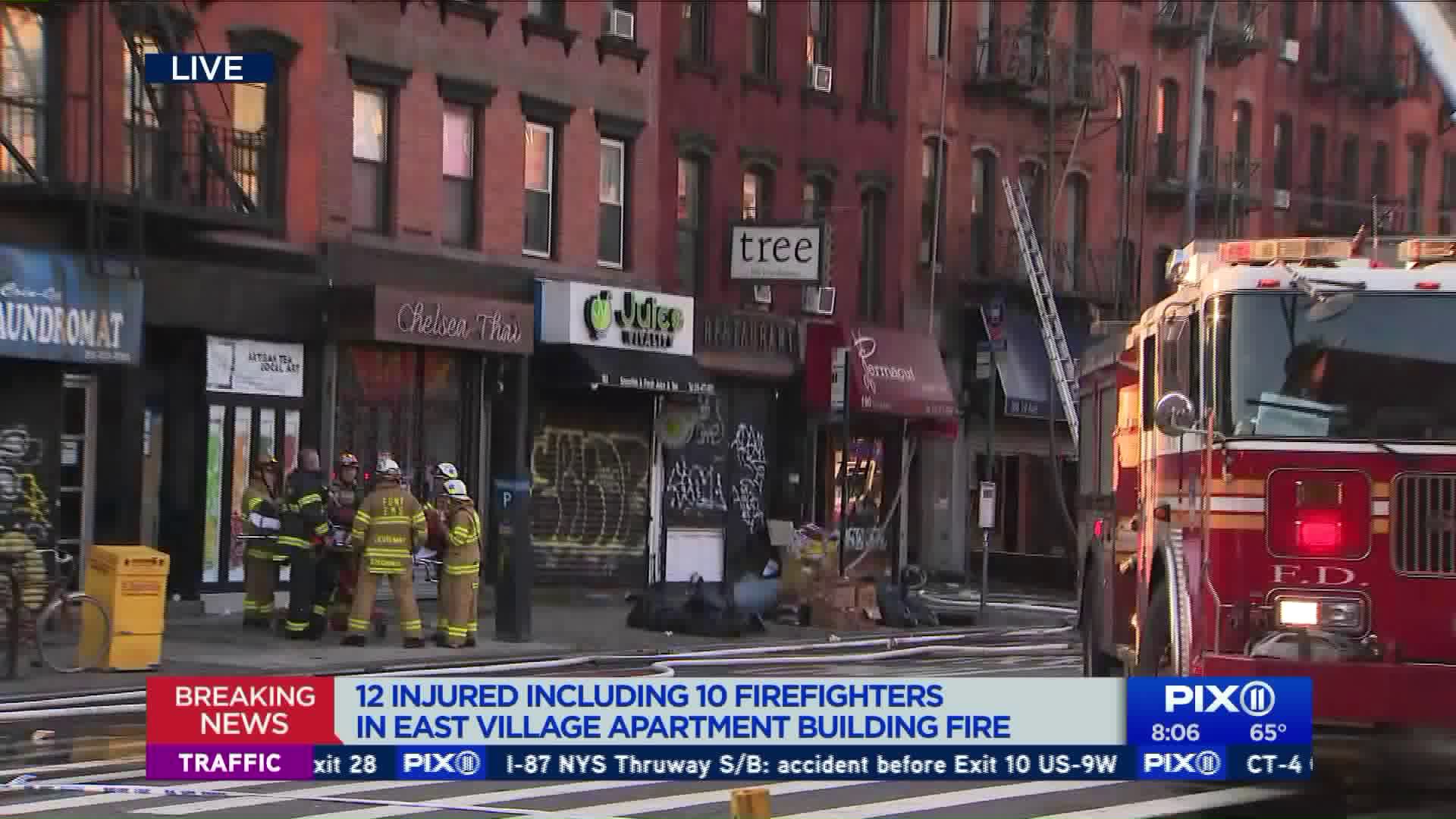 Thirteen people were injured in a fast-moving fire that tore through an apartment building in East Village early Wednesday morning, FDNY officials said. 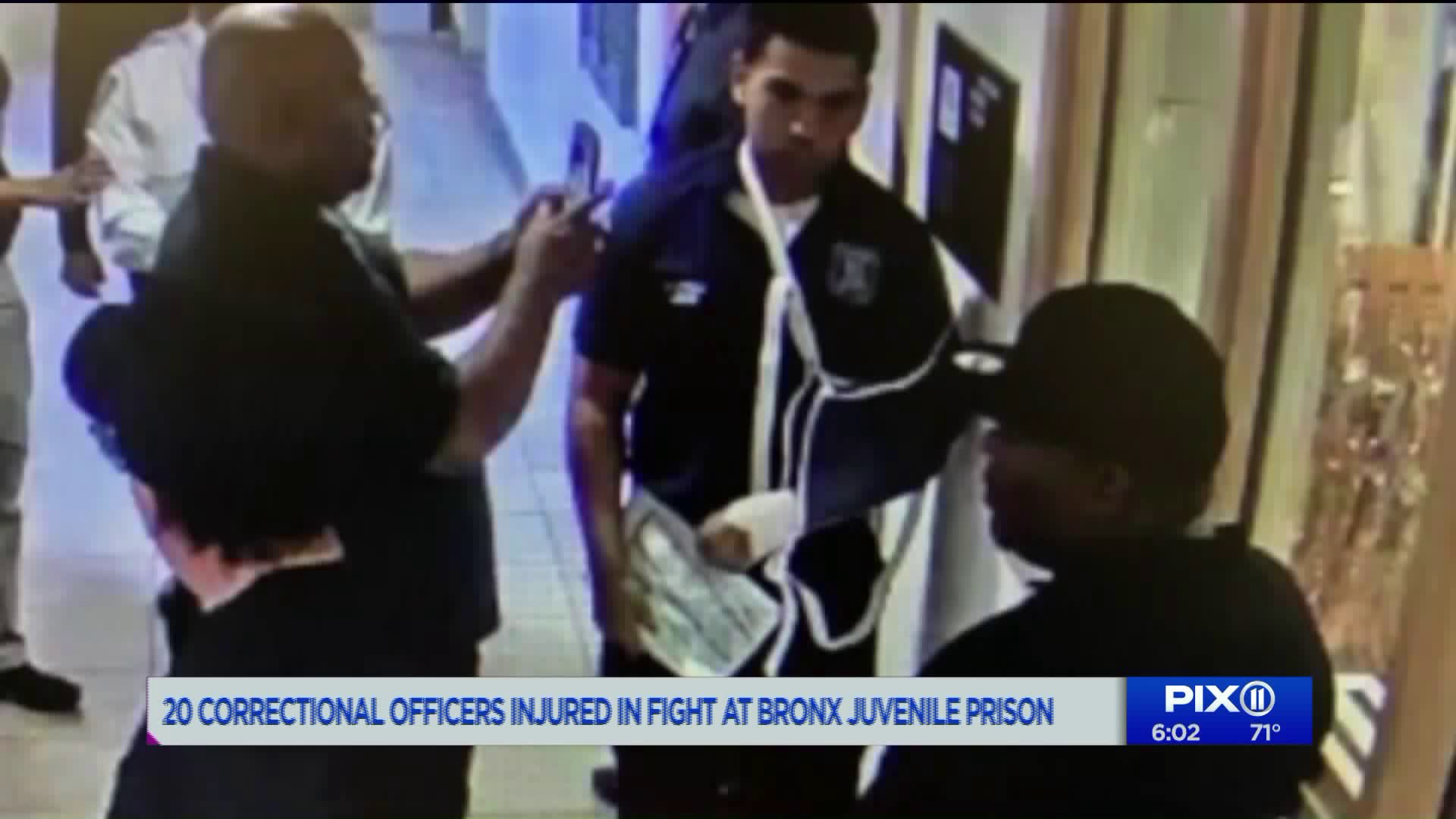 A 911 call came in shortly after 1:30 a.m. about a fire in a five-story building near East 11th Street and First Avenue, the location of a Japanese restaurant on the first floor and apartment units on the upper floors.

FDNY officials said 11 firefighters and three civilians were injured in the blaze—two are in serious but not life-threatening condition.

We currently have 14 non-life-threatening injuries, 11 Firefighters and 3 Civilians. The fire is under investigation. - #FDNY Chief of Department Leonard from the scene of the 6-alarm fire, 188 1 Ave. Manhattan pic.twitter.com/XPnC9Z7ovU

FDNY Chief James Leonard called the fire difficult and stubborn, and said it took more than 250 firefighters to put out the flames.

Residents from five nearby buildings were evacuated. Officials said 40 families have been displaced.

Officials from the NYC Office of Emergency Management announced that the East Side Community School, located on the same block of the fire location, will be closed due to the flames. Arriving students were dismissed from Public School 034 located at 730 East 12th St.

Additionally, staff and students of Public School 19, located at 185 First Ave., were redirected and dismissed from the Children's Workshop school, located at 610 East 12th St.

@FDNY fighting a fire early this morning in the East Village. pic.twitter.com/7G0irOGKBD