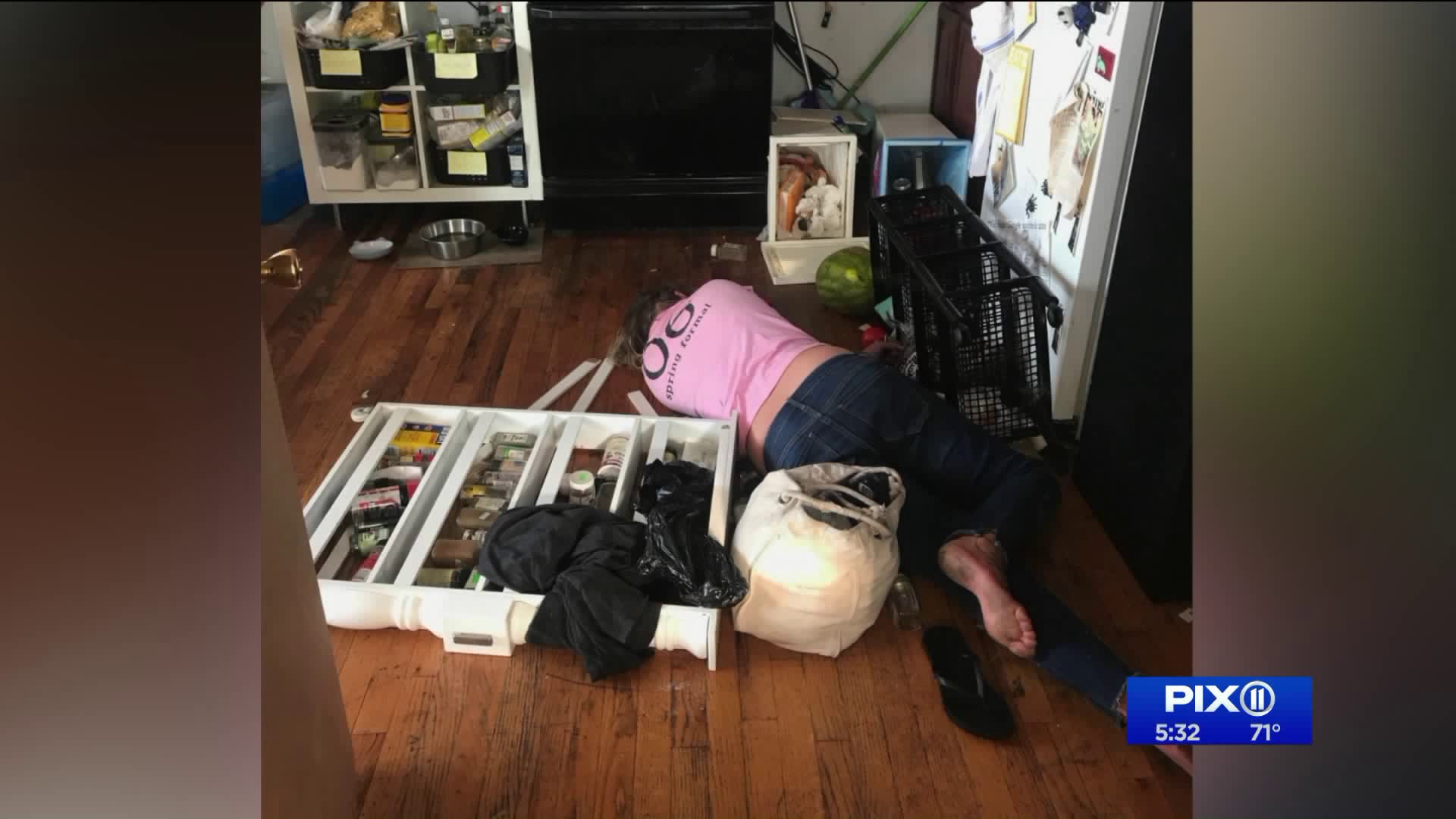 WILLIAMSBURG, Brooklyn -- It’s the last thing Genevieve Snow expected to find on her kitchen floor after she hired a cleaning service to tidy up her Williamsburg apartment.

The maid had passed out drunk on the floor, leaving the apartment in shambles.

“I thought someone was dead,” Snow recounted to PIX11. “I didn’t know it was the cleaning lady at first because the apartment door was open and it could’ve been anyone.”

Her roommate, who discovered the maid and snapped the now-infamous photo, called 911.

They quickly realized that the workers hired through “Joanna’s Cleaning Service” in Brooklyn did everything but clean, instead they raided the liquor cabinet and caused over $400 worth of damage — even helping themselves to ice cream.

“My spice rack was smashed, the whole kitchen was a mess,” she said. “This marble table was flipped over - it’s so heavy, I don’t know how she did that.”

Responding officers did not file a report, noting no crime was committed as Snow allowed them to enter.

Willing to put the whole episode behind her, all the 29-year-old wanted was to be reimbursed but instead just got a run-around from the service’s point of contact identified as Joanna Oltuszewska.

“She sent me a page-long sob story about how this woman’s teenage daughter is pregnant and her husband just left her,” she said. “I mean I feel for her but that doesn’t give anyone the right to mess up my home.”

Snow had no other way of contacting Oltuszewska outside of an email address.

After posting about the incident - which happened in late August - on Facebook and leaving a scathing review on the cleaners’ Yelp page, the story got even more bizarre.

“Another Joanna called me at the number that’s listed at the Joanna‘s Cleaning Service website,” Snow said. “She said that I’ve been in touch with another Joanna and this was a whole big misunderstanding - it was another company.”

According to Snow, this woman - identified as Joanna Sokolowska - claimed that the worker who took the cleaning job was a disgruntled ex-employee who had launched her own cleaning service five years ago - by the same name.

PIX11 made contact with Joanna Sokolowska of Joanna Cleaning Service. She refutes the claims that they were involved.

In a telephone interview, Sokolowska said she is consulting with a lawyer to see what legal options she has because the apparent confusion is now causing her business to take a financial hit.