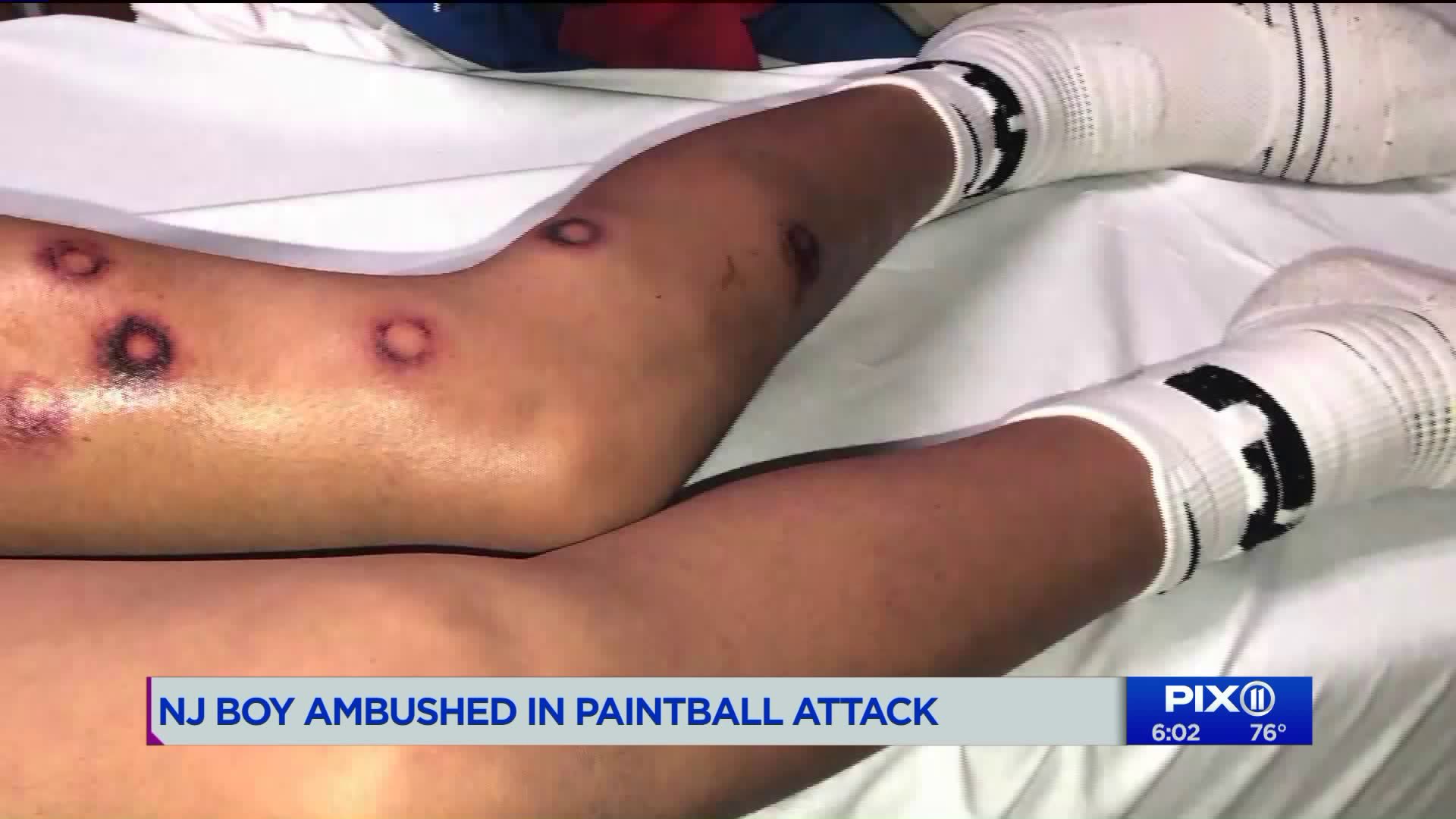 The attack happened on the boy`s doorstep.

PATERSON, N.J. -- A Paterson, New Jersey mother says her 14-year-old son was ambushed by a man on their doorstep with a paintball gun and shot over 20 times.

The alleged attack happened Monday evening at their home on 11th Avenue.

The boy answered the door Monday evening after seeing a familiar face. The Vasquez family says as soon as the boy opened the door, the man opened fire without warning. The 8th grade student was hit over 20 times with paintballs.

He was rushed to the hospital for treatment to his injuries.

His mother Carolina Vasquez says he was covered in painful bruises, she described the welts as “deep, bloody, black and blue.”

Her son is now “nervous, traumatized,” she said.

When PIX11 visited the home Tuesday damage was visible inside and outside the home.

The boy says the person who attacked him is the older brother of one of his classmates.

“They have a search warrant for this person. Were just waiting for him to get caught.”