Passengers evacuated after fire erupts aboard plane at JFK 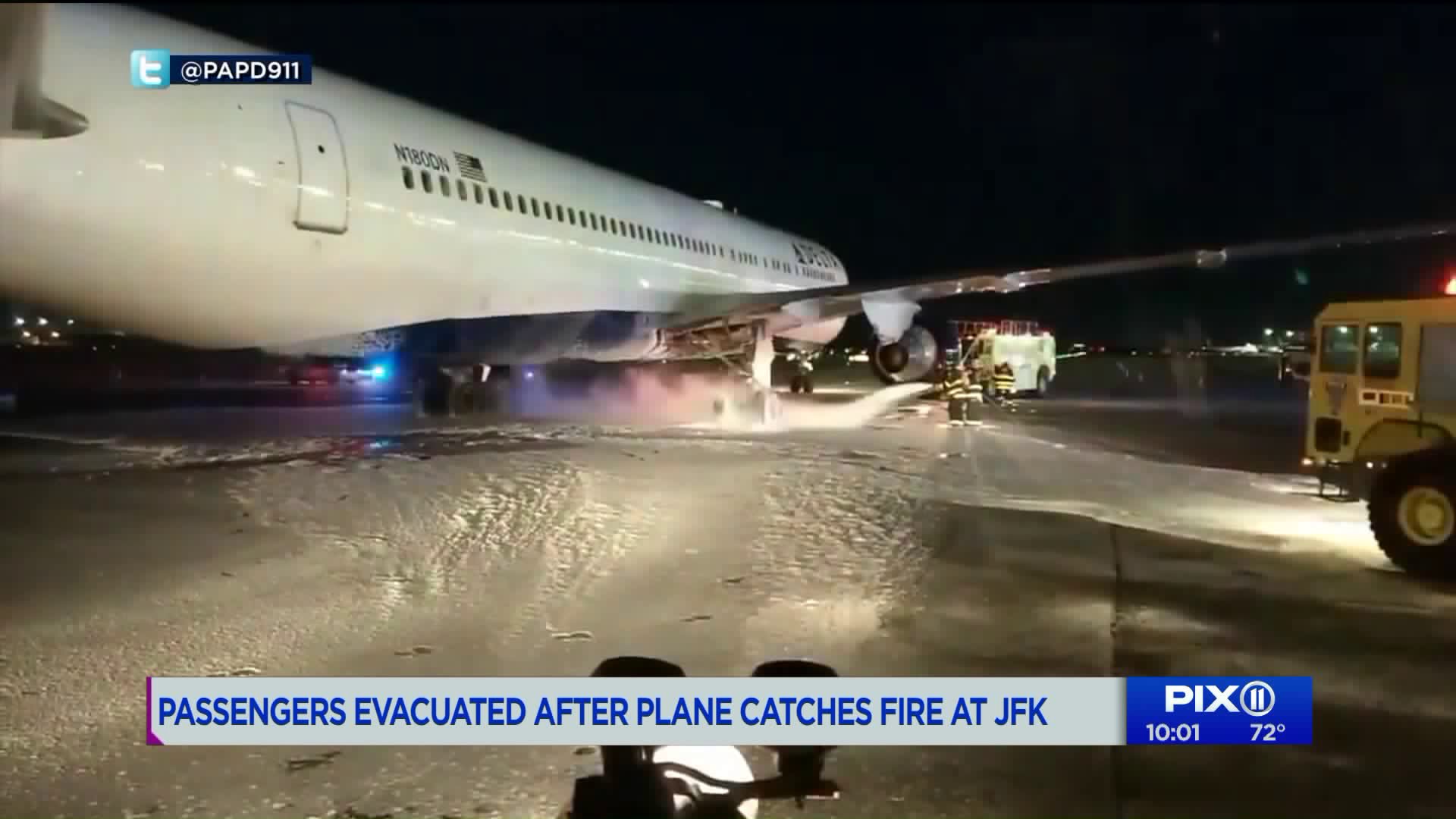 According to a statement from Delta, Delta flight 420 aborted takeoff following an airspeed warning indication.

The plane, which was headed to Accra in Ghana, was occupied at the time, officials said.

According to a statement from Delta, Delta flight 420 aborted takeoff following an airspeed warning indication.

While the plane was taxiing back to the gate, the was an indication that the brakes overheated, Delta officials said.

The flames were extinguished 30 minutes later, according to fire officials.

In a video posted on the Port Authority Police Benevolent Association Twitter account, you can see firefighters hosing down and foaming the wheel and gear.

Delta officials released a statement saying, "We apologized to our customers for the inconvenience."

205 passengers and eight crew members were evacuated and rebooked onto other flights, officials said.