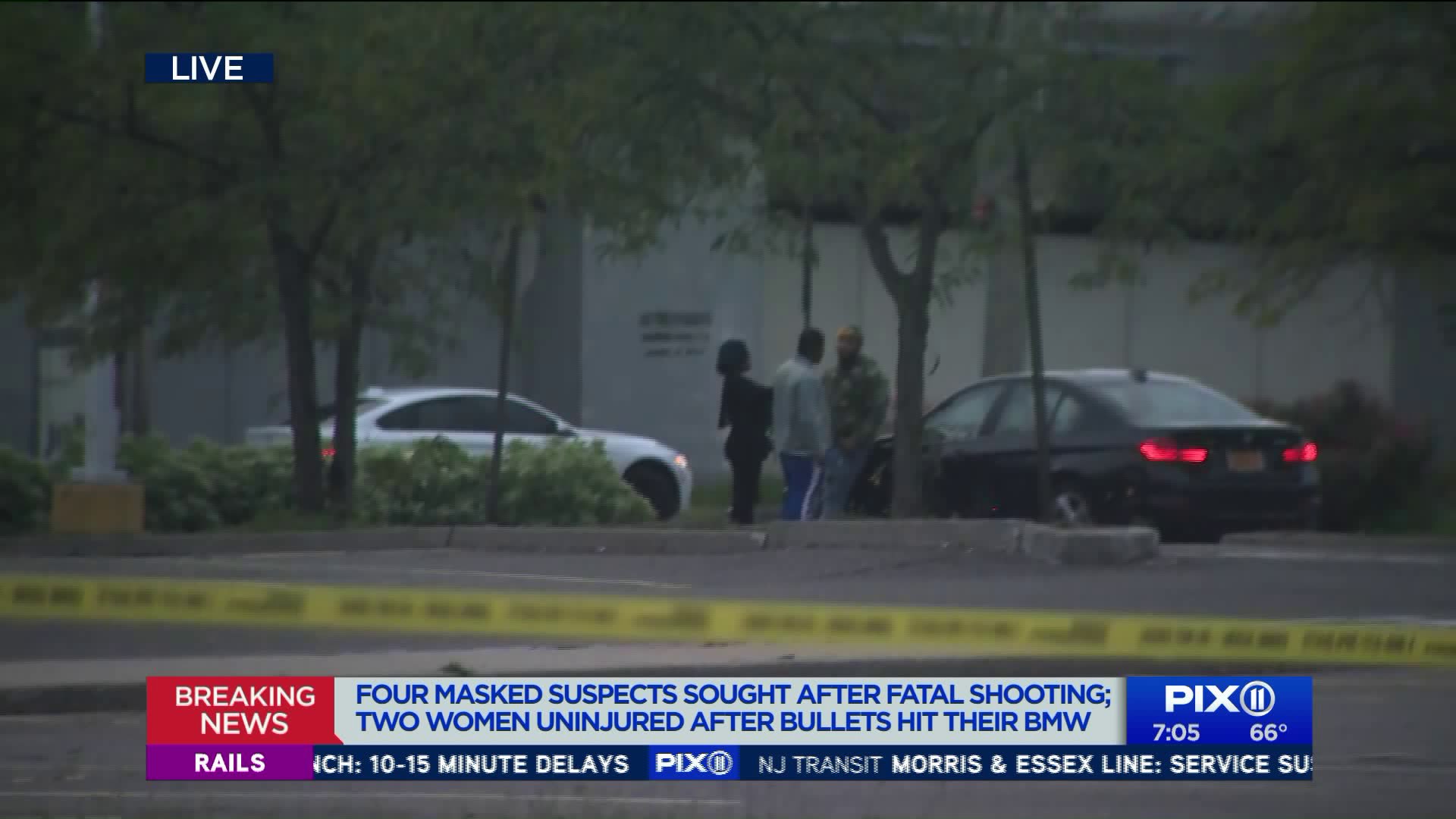 Police are searching for four men allegedly involved in a shooting that killed a man following a two-car collision in Queens. 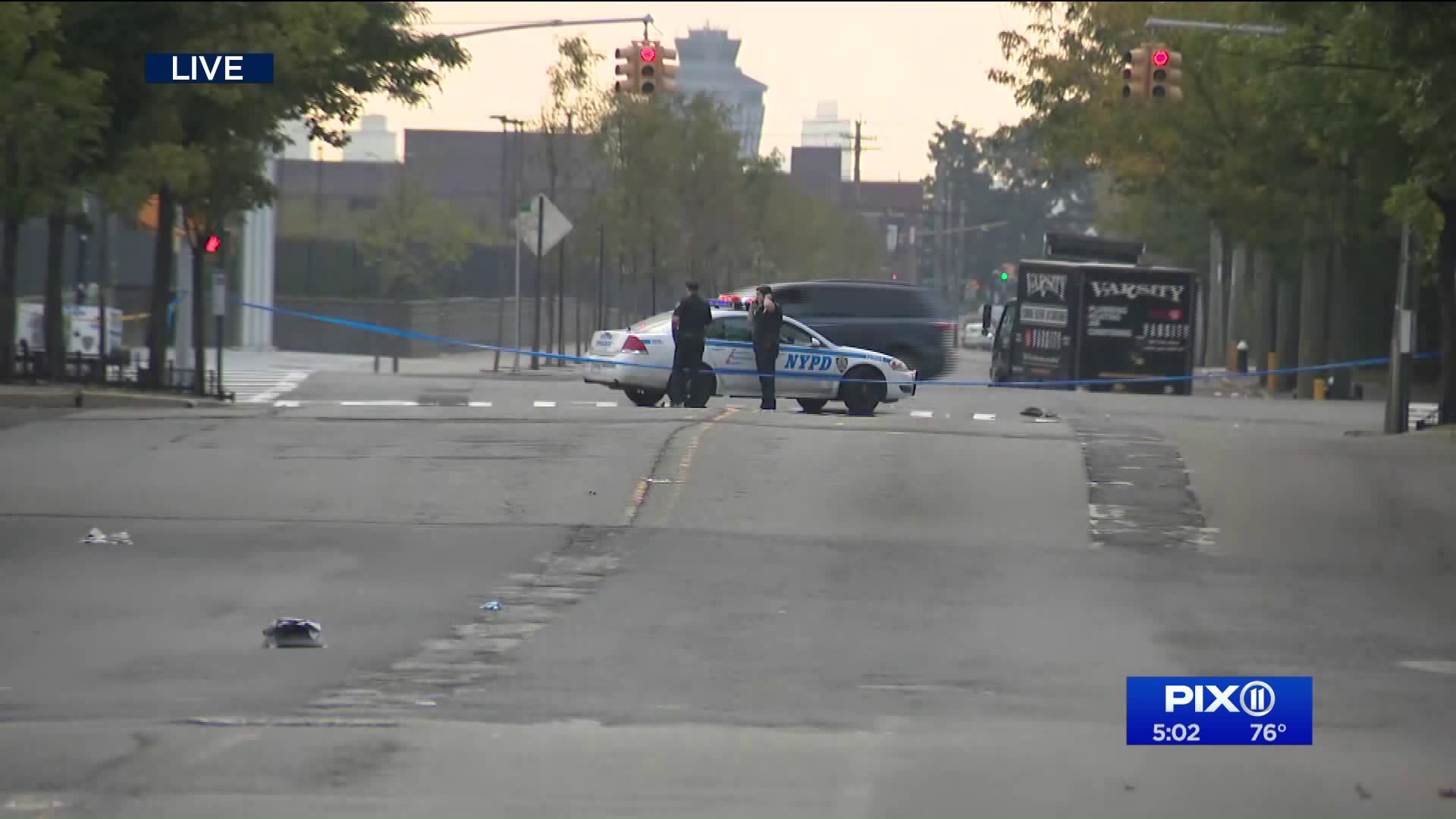 WHITESTONE, Queens— A man was shot in the chest and killed outside a Queens movie theater early Monday, police said.

Police received a call around 3:30 a.m. about a shooting along the vicinity of Linden Place and 28th Avenue in College Point.

When they arrived, police said they found a 25-year-old man, identified as Jaquan Campbell, shot in the street behind the College Point Multiplex Cinemas. He was pronounced dead at the scene.

An investigation revealed the incident started with a two-vehicle collision involving four men, the victim and his girlfriend, police said.

The victim, his girlfriend and 15 others left the Angel's Strip Club at College Point Boulevard in Flushing when they were rear-ended and sideswiped by another unknown vehicle, police sources said.

Both vehicles went into the movie theater parking lot, when four masked men opened fire into the victim's SUV, then carjacked the vehicle, police sources said.

Campbell's SUV was recovered less than a mile away.

Across the movie theater parking lot, a white BMW sedan was recovered with two females inside. The vehicle had visible bullet holes in the windshield and passenger side window, witnesses told PIX11.

The women inside the vehicle were not hit.

Sources said the white sedan was the suspected perpetrator's vehicle. Police are trying to determine whether the women were involved in the incident.