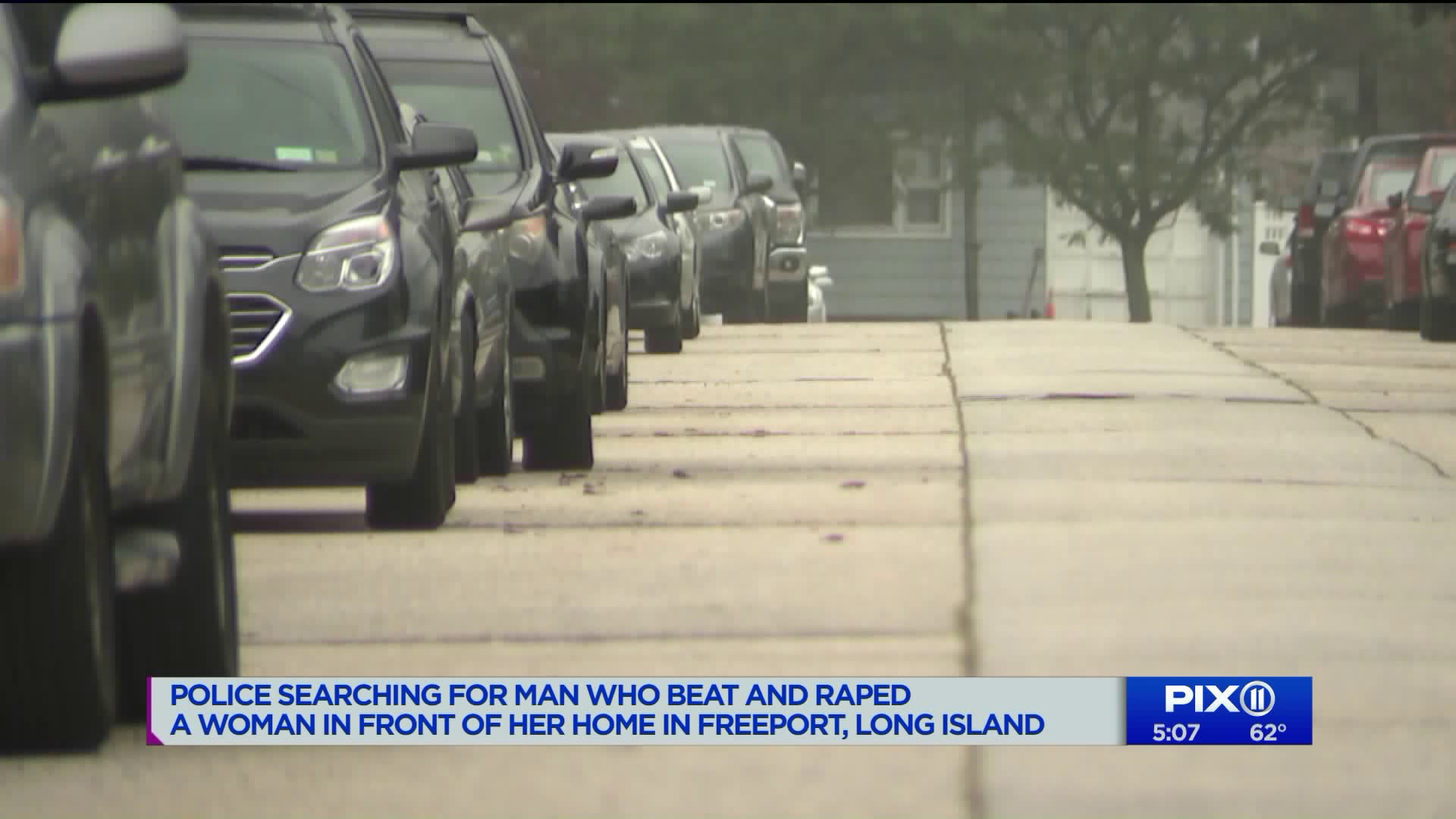 A woman was beat and raped in Freeport early Friday while walking to her home, police said.

FREEPORT, LONG ISLAND — A community is in shock, and a woman is recovering, after she survived a rape on the front lawn of her family's home, according to police.

Her mother and uncle said on Friday that the woman is a 36-year-old mother of two, and that a stranger walked up behind the woman, and attacked her steps from the family's home, around 1:30 Friday morning.

"She was walking home from her parents to her sister's house, and got attacked," said her uncle, whose name is not being released by PIX11 News in order to protect the identity of his niece.

They said that the attack lasted for up to an hour.

Nassau County Police Department detectives gave a similar account of what happened. They said that the suspect, a stranger, walked up behind the woman, then beat her in the face, knocking her unconscious.

"When she woke up," the NCPD said in a statement, "she realized she was being sexually assaulted. The male then fled in an unknown direction."

There was broken glass in front of the home on Friday. It was left over from when the woman shattered a basement window, trying to get the family's attention, according to the woman's uncle and mother.

The head wounds were the result of the beating the woman took at the hands of her attacker, her mother said.

Despite its brutality, and the glass breaking, nobody witnessed the attack, apparently.

"When I found out what happened," said Denise Foster, who lives two doors away from the yard where the crime occurred, "it was just so ridiculous, because I just couldn't believe." She said that she's still shocked.

The house next door to the scene of the crime has a surveillance camera that recorded video of the attack, according to law enforcement sources. Investigators have that video in evidence, and are using it to try and track down the suspect.

The woman escaped with her life, but it's left her injured, and has left her mother worried.

She said that her health is suffering, even as her daughter recovers. Neighbors, meanwhile, said that they're more concerned than ever for their safety.

Foster, the neighbor around the corner, said that her 16 year-old daughter is especially worried.

"She's really scared now," Foster said. "We just have to pray for each other that God will see us through."

Police ask anyone with information about the crime to call the Nassau County Police Department Special Victims' Squad at 516-573-4022, or to call 911. All callers will remain anonymous, according to the department.