Cops looking for man who brutally beat, abandoned beagle puppy in the Bronx 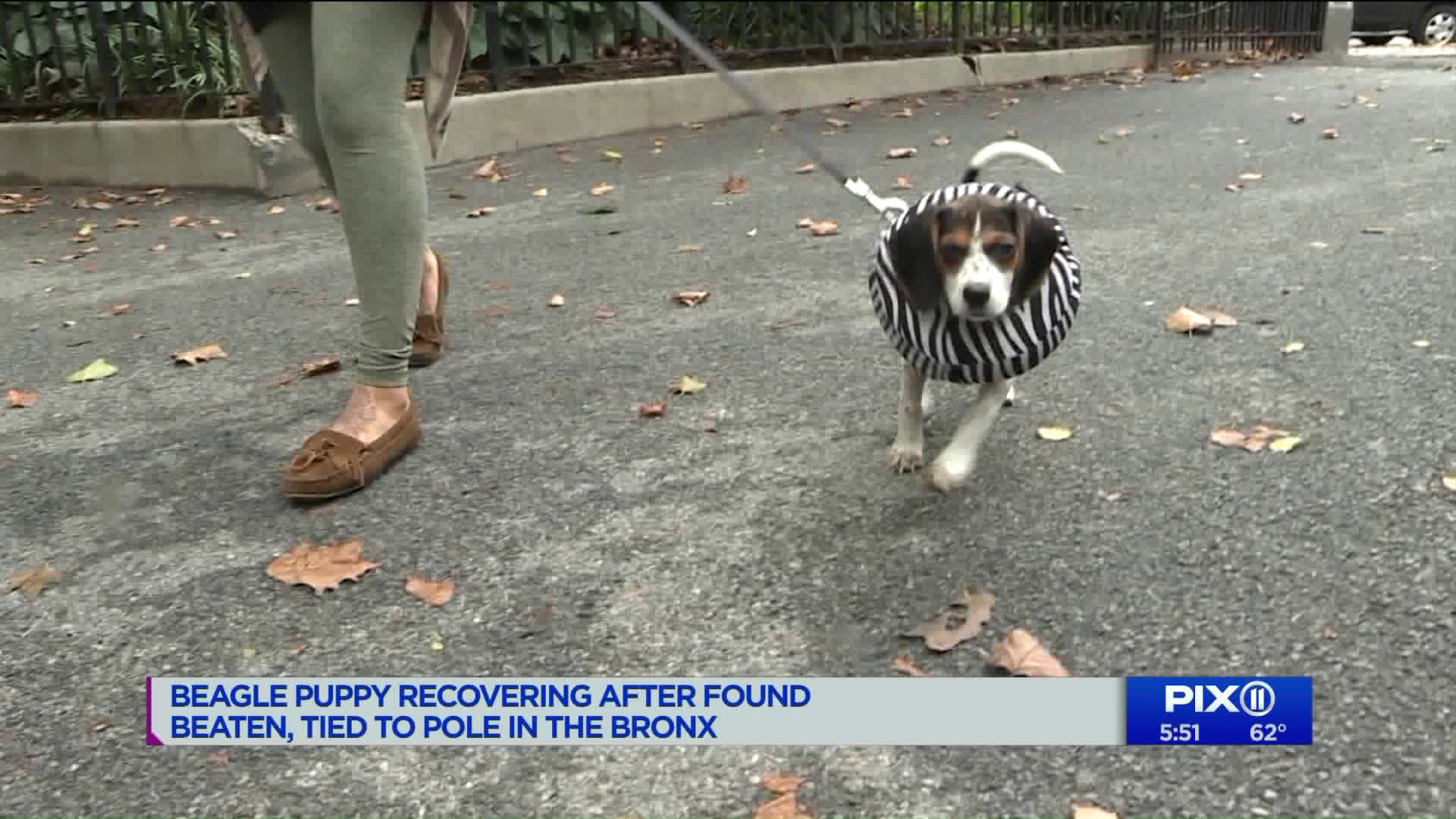 It`s a recovery vets are calling a miracle. Less than two weeks after being found, four-month-old beagle now named Cleopatra was discovered tied to a street pole in the Bronx.

THE BRONX — It’s a recovery veterinarians are calling a miracle.

Just 10 days ago, 4-month-old beagle now named Cleopatra was discovered tied to a street pole in the Bronx. She had a number of broken bones, severe head trauma and lacerations throughout her body.

“It breaks my heart that someone could ever harm her because she such a little beacon of light,” Maddie Ray, a Washington Heights resident who is now fostering the puppy through the Looking Glass Animal Rescue, told PIX11 News.

Under her care, Cleopatra has bounced back despite her initial prognosis.

“I’ve been telling everyone that she is really a teacher in forgiveness for all of us because she has no anger toward people,” she said.

Cops are now looking for the man they believe abused the puppy, dragging her from his vehicle and dumping her along 182nd Street and Belmont Avenue in the Bronx.

“I hear a dog that sounds like she’s in total distress,” Vivian Chabrier, the Director of Development at Aquinas High School, who witnessed part of the attack from her office window, told PIX11 News.

She snapped a photo of the man that NYPD detectives are now using to track down the suspect.

“If you hear a kid or an animal or person in distress, people are going to look out the window and run outside to their aid.”

The Looking Glass Animal Rescue which has raised nearly $7,000 for the beagle’s medical bills, is also offering a $1,000 reward for information leading to an arrest.

Despite the physical damage he allegedly did to Cleo, according to Ray, her abuser ultimately failed at breaking her spirit.