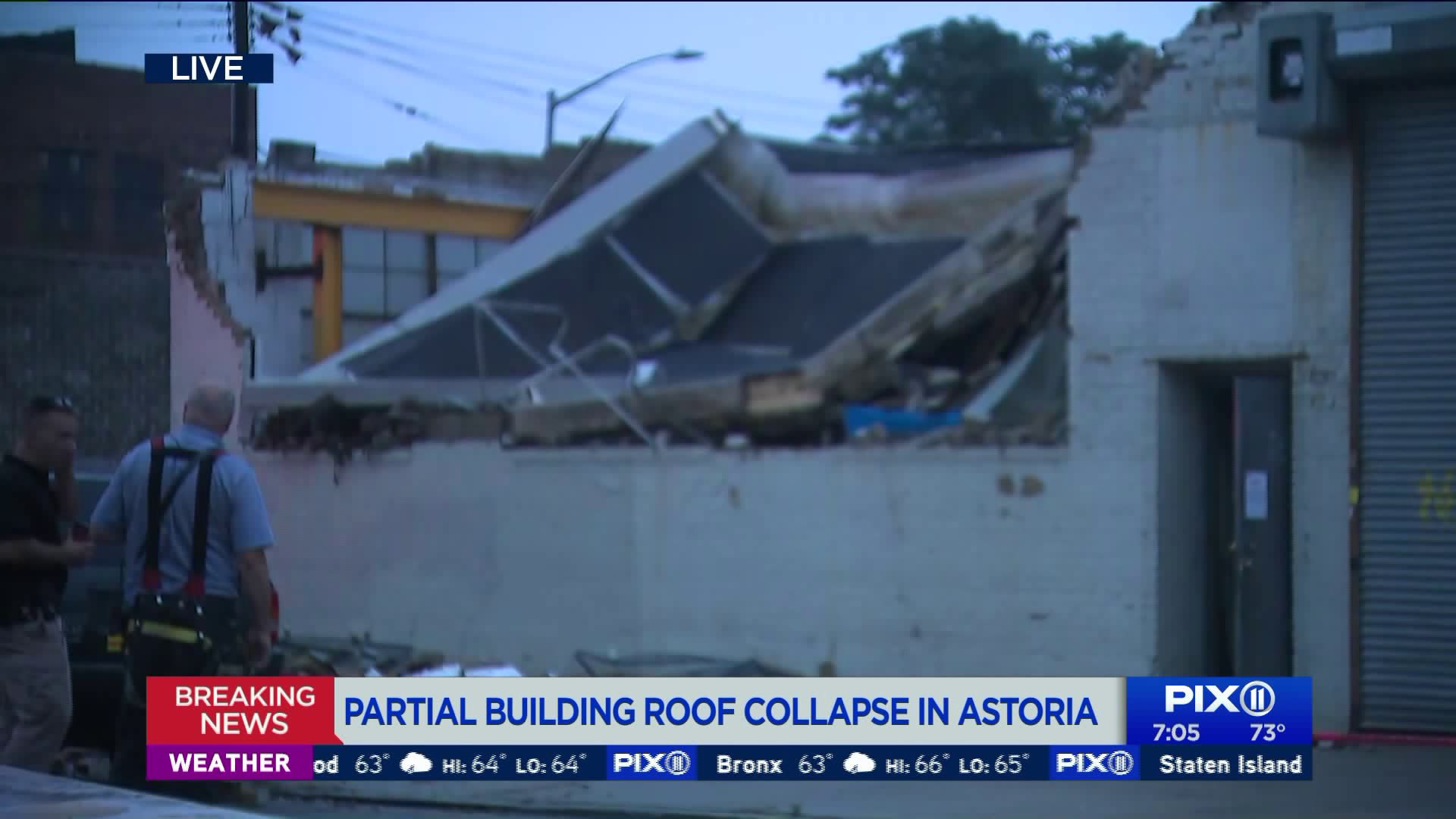 ASTORIA, Queens — Crews are on scene after a building partially collapsed in Queens early Wednesday.

Fire officials received a call shortly after 4 a.m. about a partial roof collapse at a mixed occupancy one-story building on 48-15 25th Ave. in Astoria.

No injuries have been reported. The building was empty at the time of the incident, officials said.

The cause of the collapse is under investigation, but firefighters tell PIX11 they believe Tuesday's rainstorm weakened the building's facade.