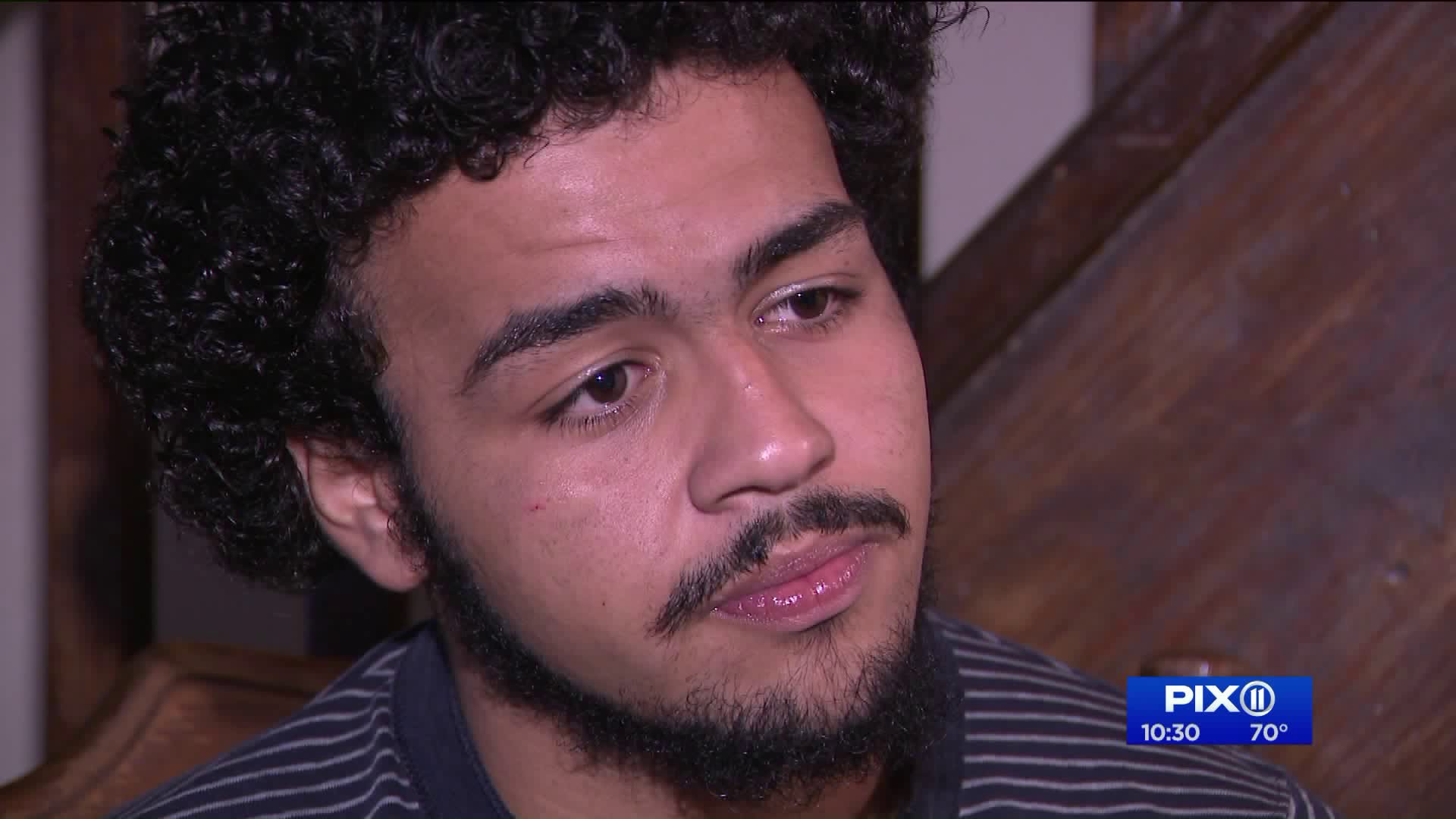 That`s the word from a law enforcement source on Junior`s murder case, who told PIX11, "There`s no text on Junior`s phone records to come to Adams Place. Junior made a call."

THE BRONX -- Lesandro “Junior” Guzman-Feliz made one, final call to a friend, just before four carloads of suspected Trinitarios gang members started chasing him about 11:33 p.m. on Wednesday, June 20.

That’s the word from a law enforcement source on Junior’s murder case, who told PIX11:  “There’s no text on Junior’s phone records to come to Adams Place. Junior made a call.”

It’s believed Junior was heading that way, when a convoy of cars noticed him near D’Auria/Murphy Triangle, a small park. The passengers were alleged members of the Trinitario set called Los Surés, and a cooperating witness said they’d been instructed to track down members of a rival crew called Sunset.”

“They yelled a greeting. He (Junior) stopped. That was enough for them to assume he was Sunset,” the source told PIX11. “When he turns around and he can see there’s four cars in the middle of the street, he starts to run.”

Police and prosecutors said at least 15 guys started chasing Junior by car and on foot, with the terrified teen running out of his sandals as he looked for a safe haven. He ran into the Cruz & Chiky bodega close to his home, but multiple gang members found him and dragged him out to the sidewalk, where he was savagely stabbed with knives and a machete.

“They did not go there looking for Junior,” the police source said of the convoy that was cruising near the park. “They went to at least two, other locations before that.”

PIX11 had the conversation about Junior’s phone records, after we aired a Facebook Live interview with the last friend to see Junior before the chase: Jason Velez.

PIX11 visited Velez, 20, at his temporary home out of state.

Velez said he had to leave the Bronx, after receiving social media death threats.

“They were saying I should rot in hell, I’m a piece of s—t, I don’t deserve to live, really,” Velez said.

Velez acknowledged he had called Junior at 9:54 p.m. on Wednesday, June 20.

He said Junior was involved with his PlayStation 4 game, at the time, while Junior’s mother was getting some rest before work the next morning.

Velez said he was outside his house on Bassford Avenue, getting ready to smoke some weed with a friend, Chanel, and he asked Junior if he had $5.00.

“He came down the block and he gave me five dollars,” Velez said. “Junior was telling me about the situation that happened with one of his friends.”

According to Velez, one of Junior’s friends had been jumped by a large group of suspected gang members recently, and one guy had stared Junior down.

“One guy just sat there and ‘mean mugged’ him,” Velez said, quoting Junior.

The alleged incident had happened on Adams Place.

Velez dated Junior’s sister more than four years ago and told PIX11 he stayed in touch with Junior and his mother after the break-up. He said he was concerned that Junior had new friends at Adams Place.

“He was hanging out with the wrong crowd at the time,” Velez said.

Velez said he spoke to Junior’s mother about his concerns, and Leandra Feliz acknowledged to us previously that she didn’t want her youngest child going around Adams Place.”

“Junior was friendly with everybody,” Velez said. “He looked past the bad in everybody.”

Yet, Velez has been the subject of intense, online ire, because he called Junior out of the house and was the last person to see him, right before the chase.

“They’re just sitting there saying I basically set up Junior when, in all reality, I didn’t even know what was going to happen to Junior,” Velez insisted.

“It torments me every day how I lost my friend,” Velez said. He said the horrific murder forced him to start getting his act together.

Velez’s former boss at an ice shop on Bathgate Avenue—next to Junior’s home—accused Velez of robbery and assault in February. Velez said he is innocent and pleaded not guilty. It was a dispute over getting an advance on his pay, Velez said.

Now, Velez is facing more stress from the community blaming that has followed him since Junior’s murder.

The law enforcement source PIX11 has spoken to since the case started said, “Jason was interviewed twice. Based on the phone records, I don’t see him being involved.”

Yet, despite the scenario laid out by police and prosecutors, not everyone is accepting the timeline set out in this case.