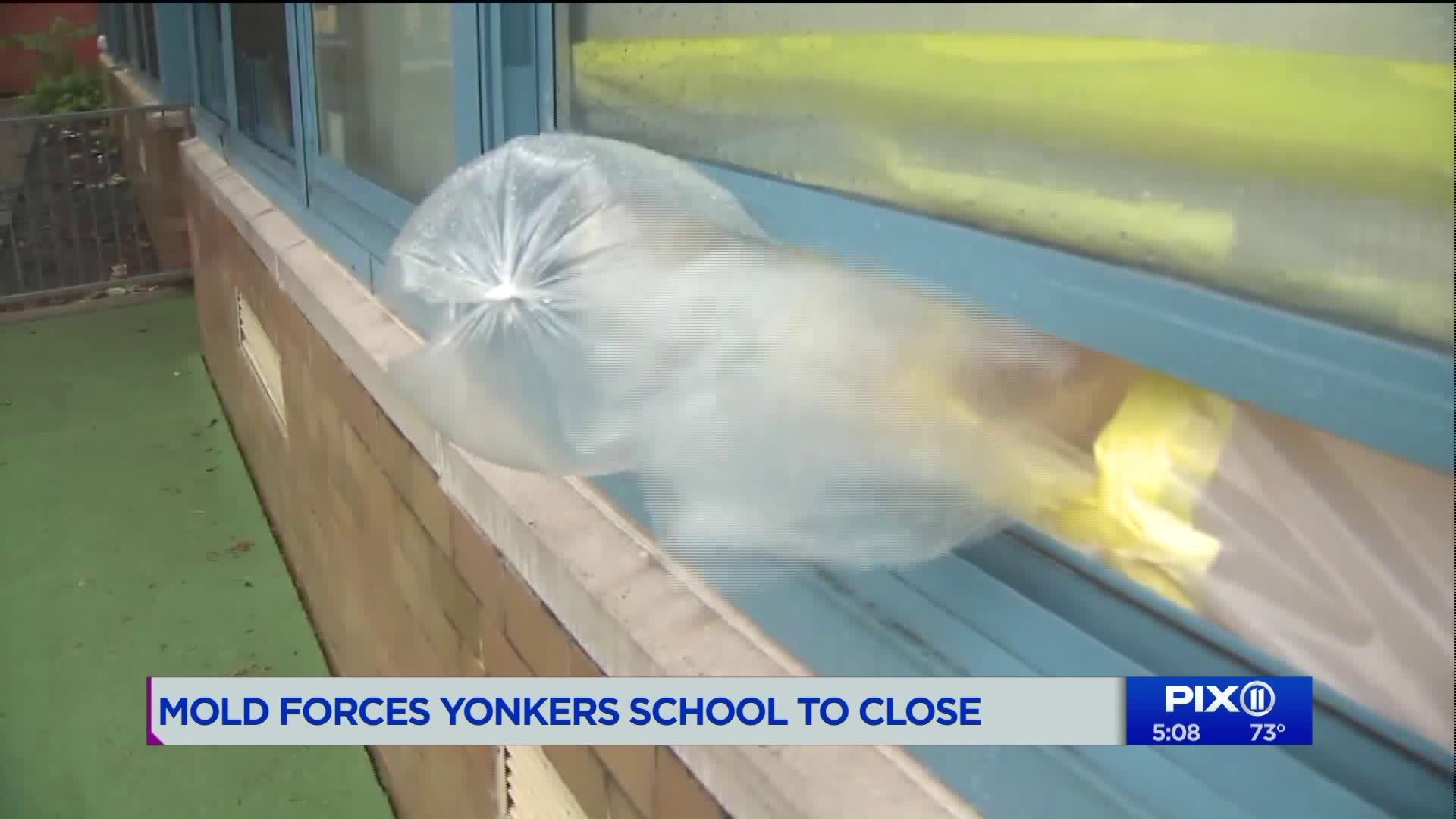 Monday`s evacuation of Paideia School 15 prompted a heated meeting with administrators and parents, who expressed concern about their kids health.

YONKERS — Nearly 600 children got Tuesday and Wednesday off from school in Yonkers, but it wasn't because of an extra holiday, or even flooding. Instead, it was due to something far more sinister -- an emergency evacuation on Monday due to mold.

What's more, some families are concerned that the measures administrators are taking to get students into alternative classrooms may put children at risk for a different kind of danger.

On Tuesday, each classroom at P.S. 15, which is also called the Paideia School, had an industrial dehumidifier in it. It was part of remediation efforts for mold on the day after mold was discovered at the 576-student school.

"One of my teachers said that we had to evacuate," said fifth grader Janeia Ynguanzo about Monday afternoon's emergency, "and we just walked and walked."

Her fellow fifth grader, Julia Sadowski, pointed out how immediate the evacuation was.

"I didn't even have time to grab my lunchbox and I couldn't even get my backpack," she told PIX11 News.

In fact, on Tuesday afternoon, the school cafeteria was still full of backpacks left behind by students who'd been told by teachers the day before to immediately leave, and to walk the more than a half-mile to another school, which was deemed safe from the mold problem.

"I feel if there was a leak, they should've known to check for mold," said Fatmira Hoxhaj, the parent of a P.S. 15 student. "If there is a leak, you check for mold."

At a parents' meeting on Monday night, Hoxhaj said, school officials told families that a persistent leak in the school's roof over the past calendar year tested positive for mold on Monday. The mold levels were severe enough to spur the immediate evacuation order.

Before sunrise on Tuesday, mold remediation crews were already busy at work installing industrial humidifiers and wiping down surfaces.

For many families, it was too little, too late.

"They should've looked at this before school started," said Mercedes Correa, the grandmother of a fifth grader. "Now the kids [will] miss the school."

The problem is not just in Yonkers. Heading into the new school year, there have been reports of mold remediation in other schools in the tri-state, including Oakdale, Long Island; Westport, Connecticut and Lakehurst, New Jersey, among other locations.

The situation could get worse. A variety of scientific sources report that as the planet continues to warm, Earth's atmosphere is acquiring more moisture -- about 7 percent more with each rise of 1.8 Fahrenheit degrees. The EPA reports that that can mean an increase in mold and indoor fungi. Its effects include headaches, sneezing, runny nose, red eyes and skin rashes.

For now, in the case of P.S. 15, there's another possible threat, according to some families. While the mold remediation is underway, students in pre-kindergarten to fourth grade are being moved to another elementary school. Fifth through eighth graders are being sent to Roosevelt High School.

Parents told PIX11 News that the school superintendent assured them that two additional security guards will be placed at the high school while the elementary students are in attendance there. Some parents asked for police officers to be deployed as well, but there is no indication at this time that that will happen.