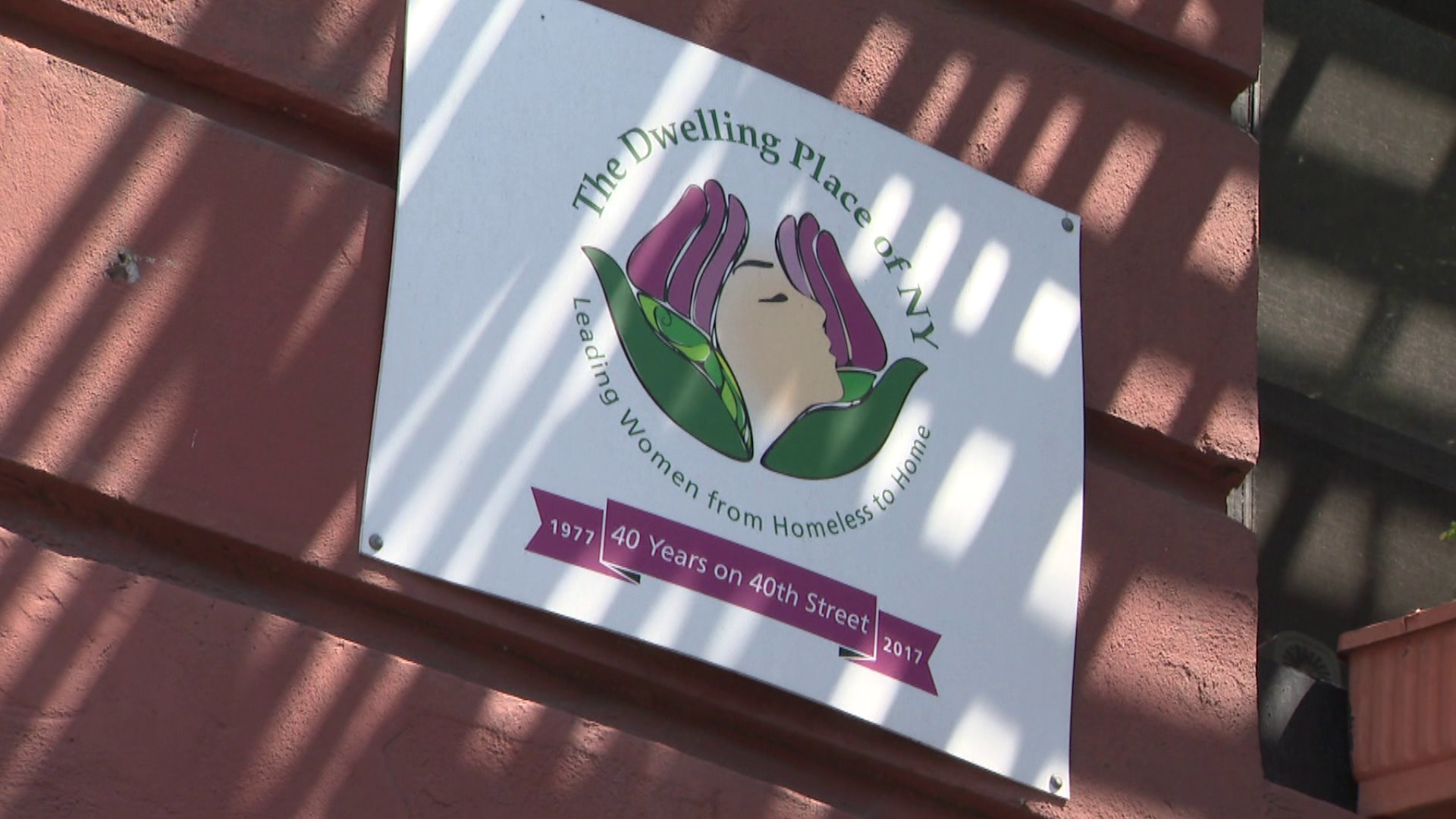 The Dwelling Place has been helping women since 1977

NEW YORK—There are no frills or signs of luxury.

But there is plenty of compassion and caring to go around at The Dwelling Place.

Started in 1977, the residence was founded by five Franciscan sisters who worked at St. Claire's Hospital.

”Four of them were nurses and one was a social worker. They used to watch the homeless women come and go through their garbage and it just broke their hearts. In the early 70's, when the mental health institutions were being closed, there were lots of places for men but not many for women," Sister Joann Sambs said.
So they decided to do something and opened the doors to The Dwelling Place for the first time on October 4th of that same year.

"At the beginning, there were so many women that came, that they were sleeping in the stairways and everything until the fire department came in and said, no that's not safe. So then they had to adjust and they started out with like 20 women at a time. Now we're down to 14 women we can shelter at night," Sambs explained.

It functions as a transitional residence for women who have nowhere to go, providing food, shelter and supportive services in a safe and respectful environment.

Each woman has her own bed, closet and nightstand.

Every day, before they go out, they have to make sure that their bed is made and everything is in order.

"We give them safe space and a home that gives them the encouragement and the support to go out and do the work that they need to do, find the housing and job training they need," Sister Joann explained.

She says the strict structure of The Dwelling Place helps “center” these women.

"They're out every day by 10 a.m.. Often when the ladies leave and go on to the next phase of their life, they’ll say to us, when I feel like I'm losing my center, I go back to my structure that I had at The Dwelling Place," Sister Joann added.

And while the women who leave are grateful for the care they’ve received, Sister Joann is just as grateful to have helped them.

"One woman, when she left, this always touched me. She said, SisterJoann, I love speaking to you. When I'm with you, I never feel like I'm a homeless woman," Sister Joann said.

The Dwelling Place is holding its annual fundraiser, The Fall Gala.