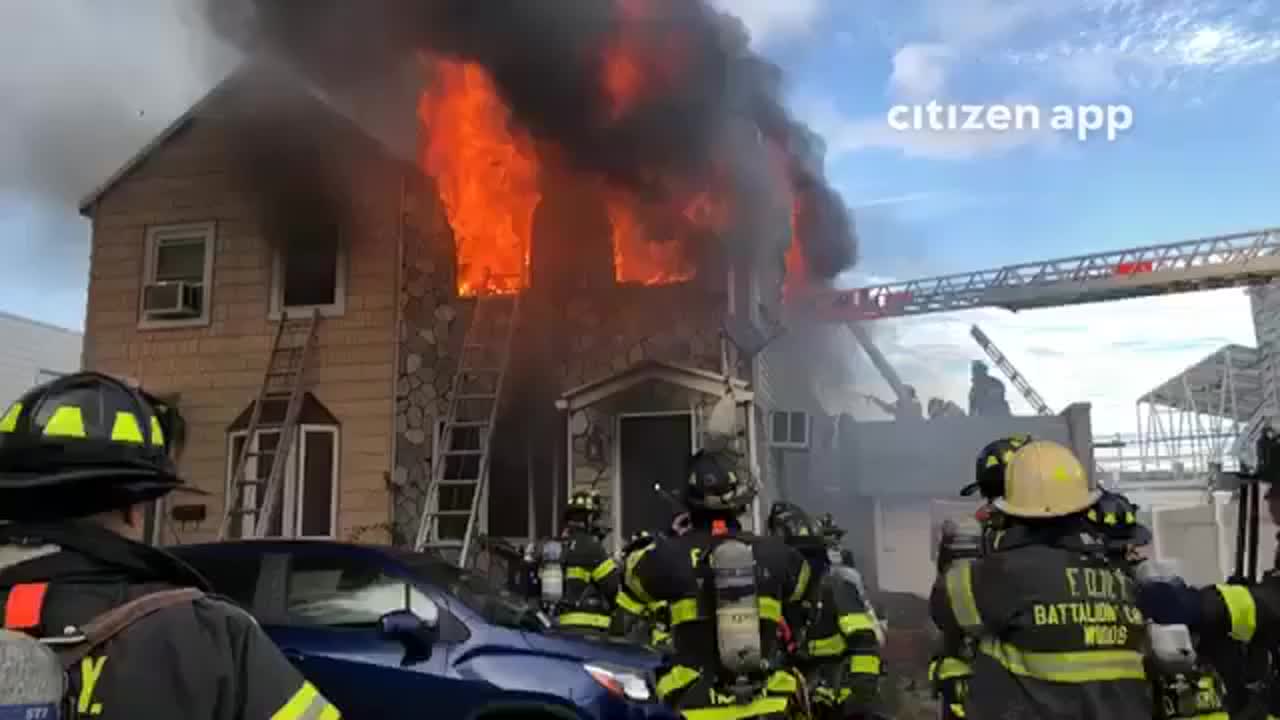 When they arrived, they quickly found that the flames had reached 3-alarms and two private homes were ablaze.

The heavy fire forced firefighters off of the second floor of one of the homes after a "mayday" call was announced.

One civilian was transported to the hospital in serious condition.

The cause of the fire remains under investigation.