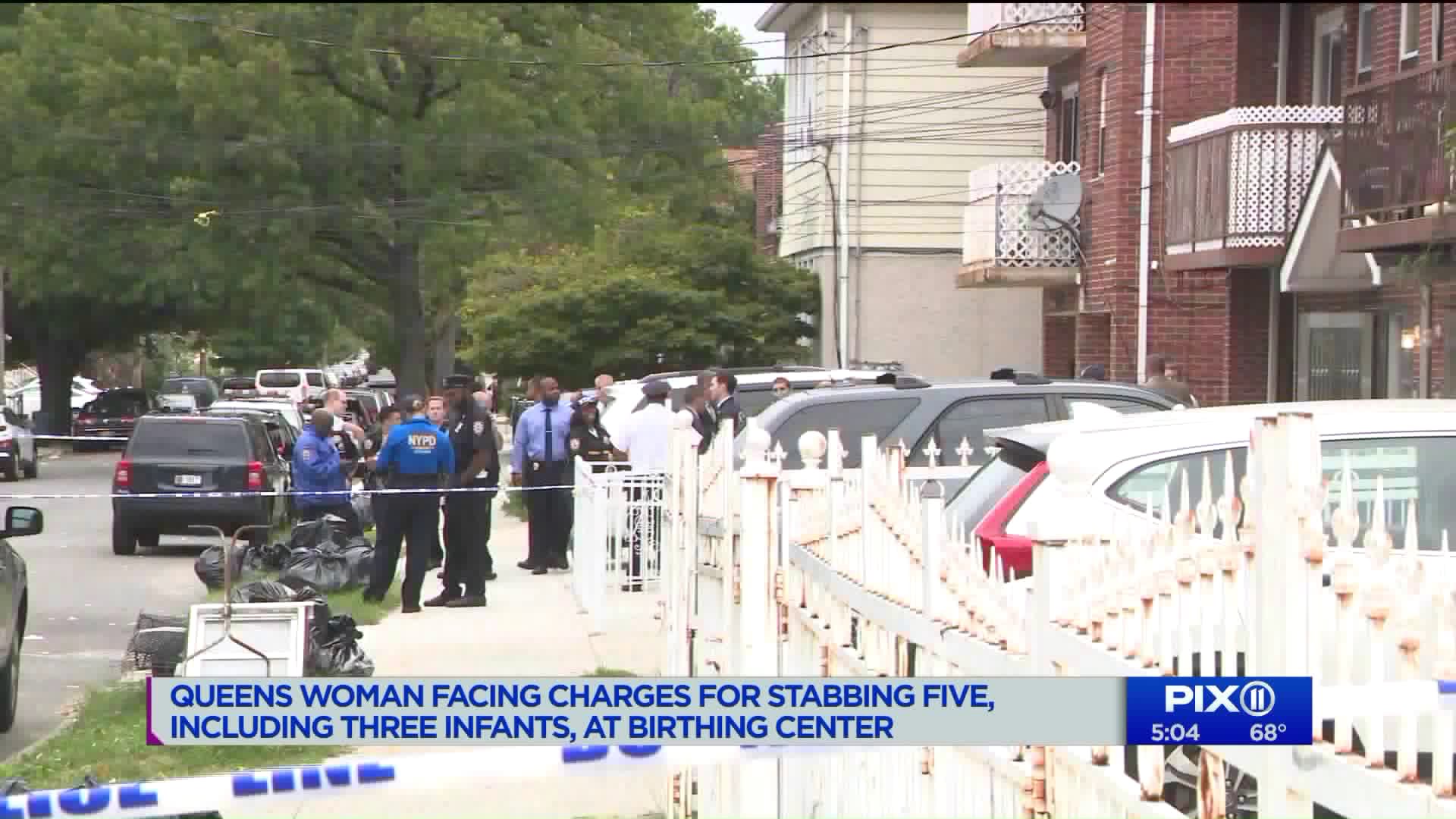 A woman has been charged with attempted murder after three infants and two adults were stabbed in a Queens birthing center Friday morning.

A 52-year-old employee at the residential facility, Yu Fen Wang, has been charged with five counts of attempted murder, according to police.

The victims -- two girls and a boy, plus two adults -- were in critical but stable condition at local hospitals, police said.

The babies range in age from 3 days to 1 month, the Queens district attorney's office said in a statement.

A fourth infant, a three-week-old girl, suffered a fractured skull after allegedly being struck by the suspect, the official who was briefed on the case told CNN. A caretaker had taken the girl to a hospital before police responded to a call about the assaults.

Wang is in custody at a hospital, where she is undergoing a psychiatric evaluation and being treated for her injuries, officials said. She will likely be arraigned next week.

She was unconscious when police responded early Friday. She regained consciousness after officers applied a tourniquet to stop the bleeding from her wrist, police said.

Investigators believe the foreign women would give birth at the facility before returning to their home country and applying for US citizenship, the law enforcement official said. The return allows them to remain in good standing with authorities back home and, at the same time, claim to have a direct relative in need of care in the United States.

"If they're playing it right, they go back so that they don't get a negative status," the official said. "Then they come back."

An underground "birth tourism" network stretching from the United States to China has sprung up in recent years to cater to growing numbers of Chinese mothers who travel stateside to give birth, according to affidavits filed by federal law enforcement officers.

The residential facility in the Flushing section of Queens was used mostly by Chinese women who give birth and stayed there before returning to China, a law enforcement source said Friday.

Neighbors said it was frequented mostly by Chinese parents, but Koreans and African families were also seen there.

Nine babies, along with some of their parents, had been at the residence during the attack, New York police Assistant Chief Juanita Holmes said.

Of the children present, five were girls and four were boys, she said.

There were 11 cribs in the three-story building, according to the district attorney's office.

The suspect also assaulted the 31-year-old father of one injured child and a 63-year-old woman who works at the facility, officials said.

The red brick, multifamily house on a tree-lined street appeared to be used as a baby day care facility, though state officials said it was not licensed.

"We have seen some paperwork indicating that it is a day care," Holmes said, adding the documents "indicated that they were a nursery."

Part of building served as "living quarters," she said.

But the site is not listed as the location of a licensed or regulated child care program with the New York State Office of Children and Family Services, agency spokeswoman Monica Mahaffey said in a statement.

"OCFS is saddened by this horrific situation and investigating it as a possible illegal operation," she said.

State-regulated child care programs are prohibited from caring for infants younger than 6 weeks old unless they receive approval from the agency, the statement said.

"Any request must include physician medical approval and detail the extenuating circumstances necessitating such a request," it said.

The city's Buildings Department had received several complaints about the property, including the possibility it was being illegally used as a hotel, records show. But department inspectors were unable to gain access to the home on several occasions.

The city had received a complaint in 2011 about "screaming children" at the residence, Holmes said, noting that the call came to a city hotline.