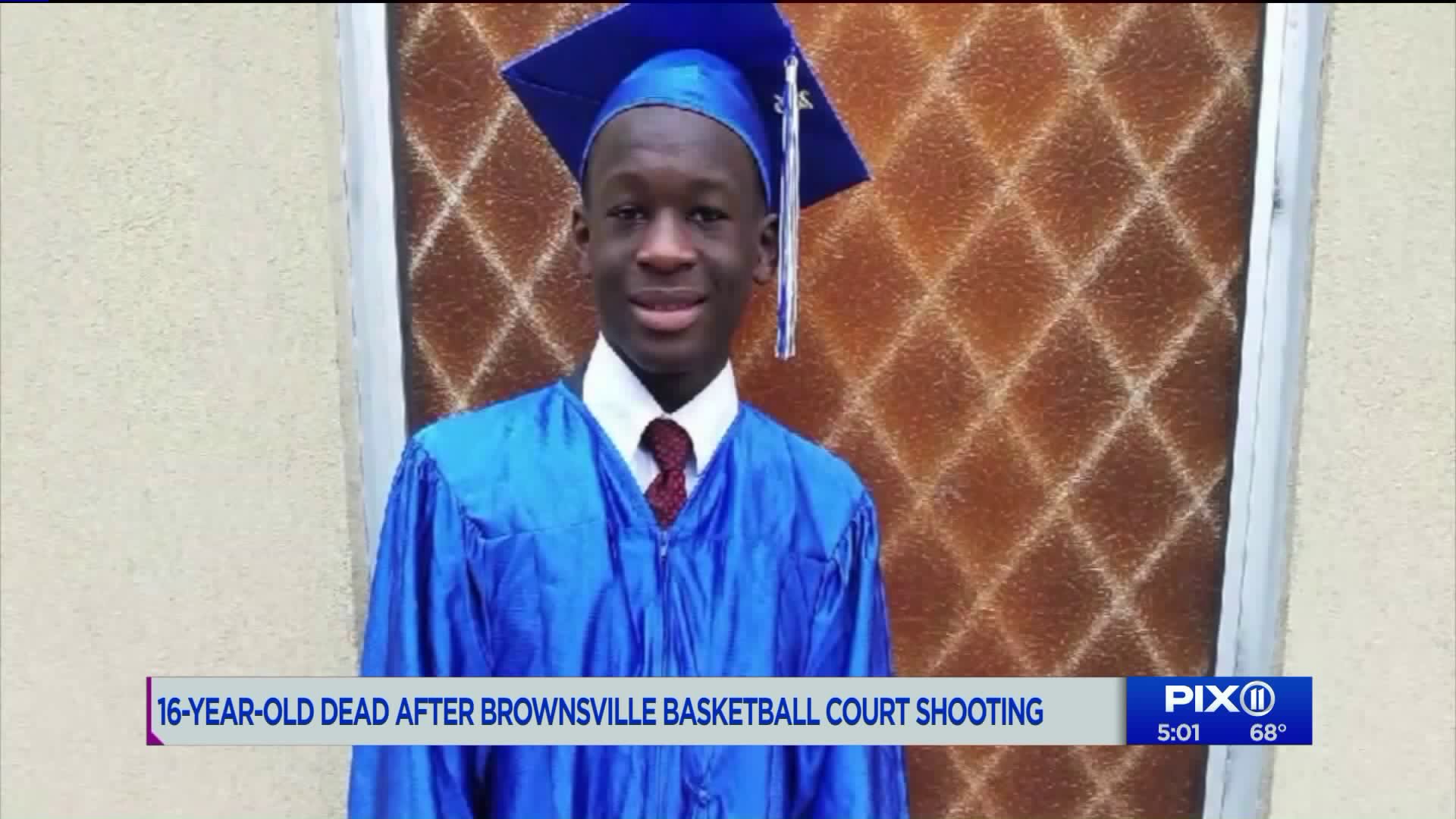 The family of 16-year-old Timothy Oyebola is heartbroken, mourning the teen`s tragic death.

Oyebola, known as Timi, was shot in the head and killed while playing basketball at Chester Playground in the Brownsville section of Brooklyn on Friday afternoon.

Police say Oyebola appears to have been an innocent bystander, shot in the midst of a fight between two men.

“He’s not a gang member,” said his father, David Oyebola. “He’s just someone who loved to have fun, play basketball.”

His family says he was playing basketball with friends after school, passing time until a church prayer meeting.

“Church started at 7 p.m.,” said Emmanuel Fatukasi. “He finished school at 1:30. He just wanted to do something within the gap.”

Oyebola lived in Queens with his family. He migrated to the U.S. from Nigeria in 2013.

Oyebola said his son was set to be recognized for his academic achievement at Columbia University. “They expect him there Nov. 10,” said Oyebola. “But I’m going to be there for him.”

The family is now calling for stricter gun laws and for the teen’s killer(s) to be brought to justice.

Police are currently investigating, and are searching for two men seen running from the park.