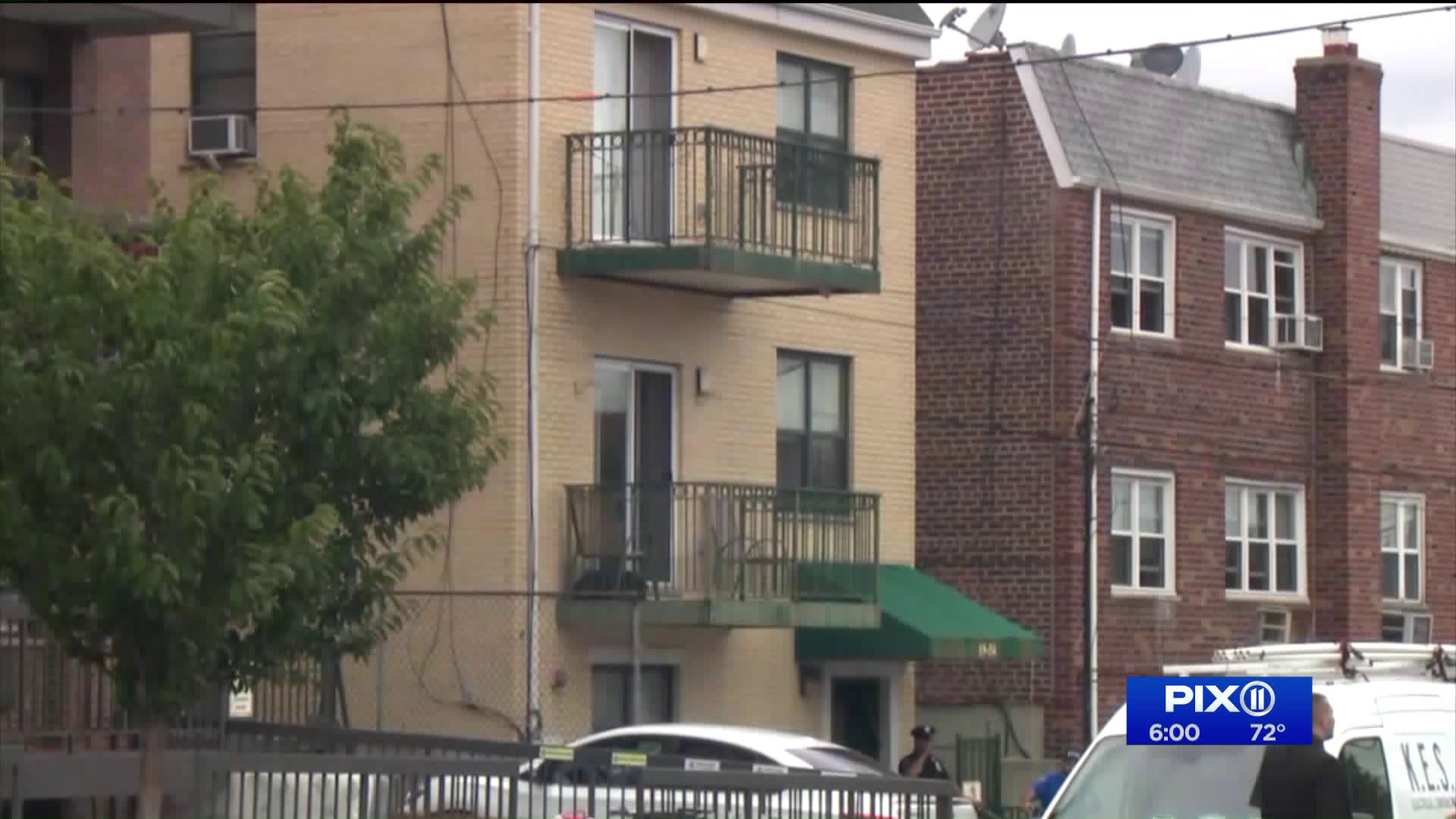 A man shot and killed his former girlfriend in Queens Friday and injured her new boyfriend, an off-duty Yonkers police officer, before turning the gun on himself, police said on Friday.

QUEENS — A man shot and killed his former girlfriend in Queens Friday and injured her new boyfriend, an off-duty Yonkers police officer, before turning the gun on himself, police said on Friday.

"I've been shot," Regan Smith told a 911 dispatcher when she called to report what became a murder-suicide in the apartment on 77th Street near 19th Road. By the time police got inside, Smith was dead.

Friends of the 31-year-old victim tell PIX11 News that she broke up with her ex-boyfriend, identified as Nelson Giron, 47, months ago.

Giron had allegedly been stalking her for months, calling her phone more than 40 times in one day. Friends said the stalking had intensified the week before the shooting.

Police said they responded to multiple 911 calls beginning at 6:52 a.m. The first was made by a neighbor who heard gunshots; the second was made by Smith herself. When officers arrived, they heard up to 10 gunshots, but were not immediately able to enter the home because doors were locked, police said.

Once inside, police found Smith and Giron dead, both suffering gunshot wounds to their heads, police said.

A gun was found near Giron's body, and may have belonged to another man who has been identified as the off-duty Yonkers cop, officials said.

The cop was also in the home, and had been shot in the shoulder, police said. He also had two wounds on his back that may be the result of a stabbing, police said.

The officer, 43, is undergoing surgery and is likely to survive, police said.

He has been with Yonkers police for more than four years, a department spokesman said.

"The Yonkers Police Department offers its sincere condolences to the families of the victims and their colleagues," spokesman and Det. Sgt. Dean Politopoulos said.

The officer, Giron and Smith were once in the military, and it is not clear how long they knew each other, police added.

Officers had been called to the "general facility" several times, including an incident involving the keying of a vehicle on Monday, police said.