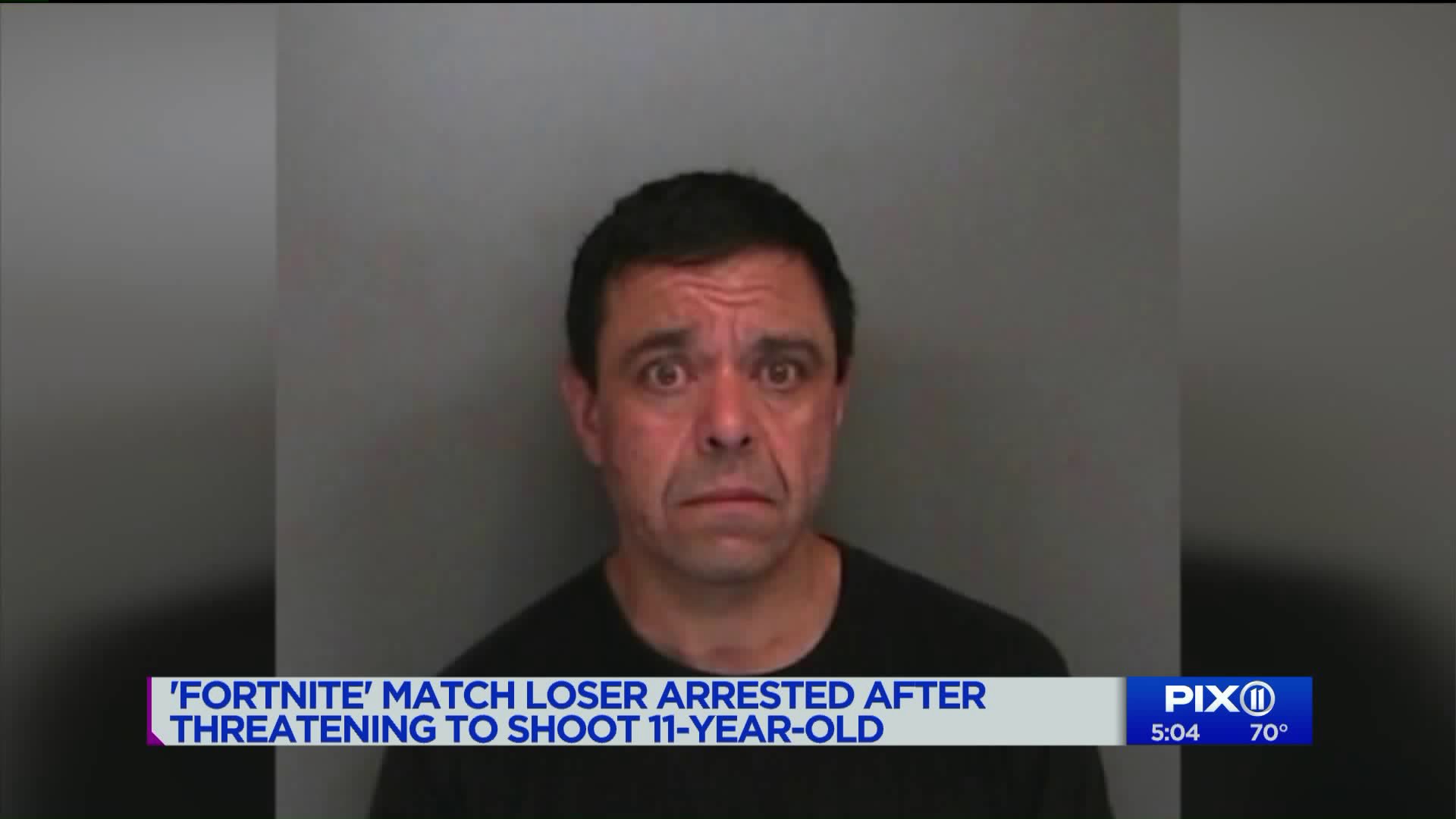 45-year-old Michael Aliperti of Huntington threatened an 11-year-old boy after losing a game of Fortnite.

HUNTINGTON, N.Y. — A man was arrested Tuesday for allegedly threatening to shoot an 11-year-old child, possibly at his school, after the boy beat him at the video game "Fortnite."

Michael Aliperti, 45, of Huntington, was arrested around 1:40 a.m. and faces charges of second-degree aggravated harassment and acting in a manner to injure a child, according to the Suffolk County Police Department.

The arrest was the result of Aliperti threatening to shoot a child after losing to the boy during the game "Fornite," police said.

The 11-year-old reported the threats, which were made through text messages and online voice messages left using an Xbox gaming system, police said.

Aliperti said he planned to shoot the child, possibly at his school, according to police.

The alleged threats were made Monday night.