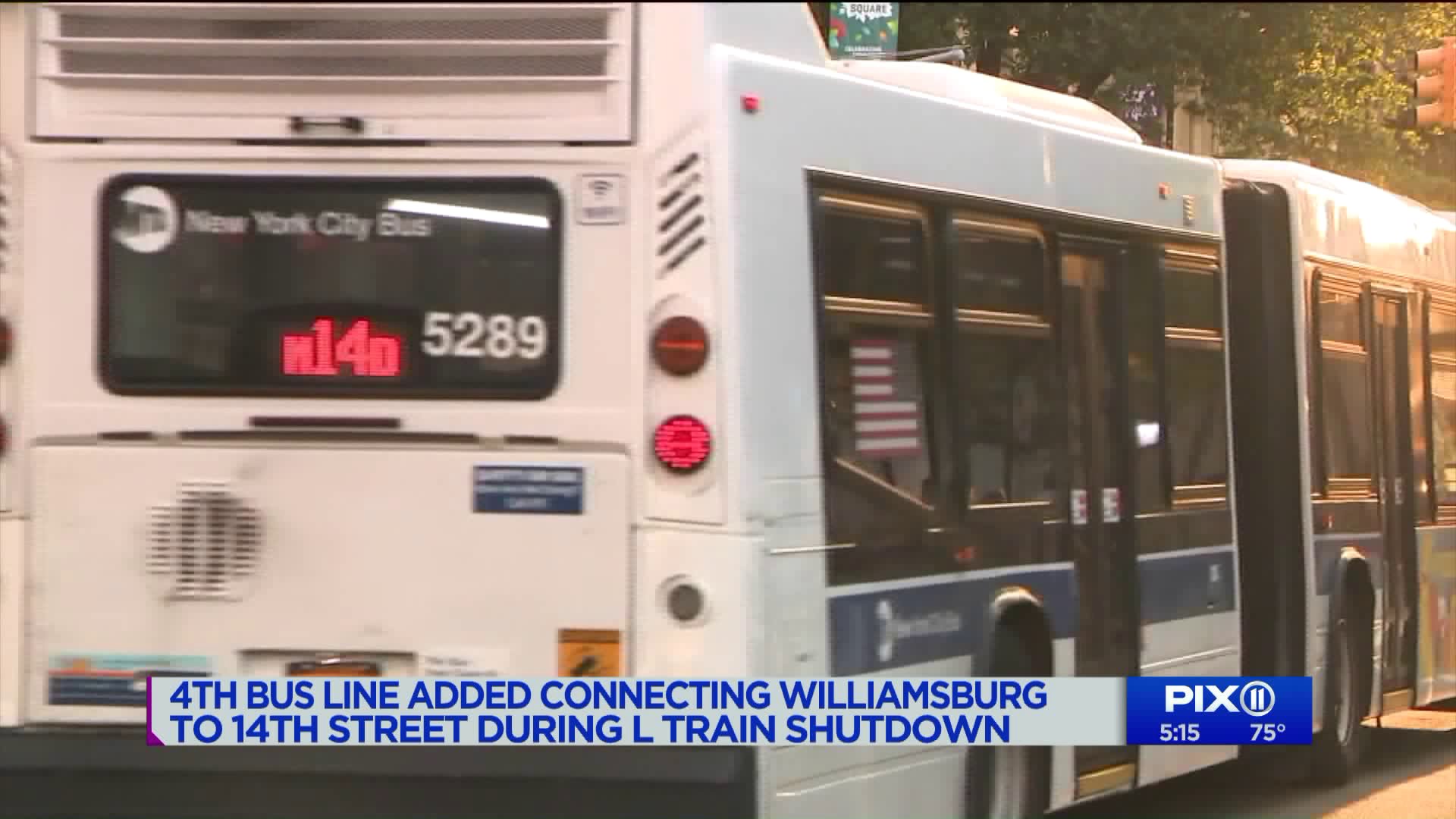 Monday the MTA announced plans to add a fourth bus line during the closure. It will take commuters from Williamsburg to 14th street, saving some riders as much as 20 minutes on their commute.

BROOKLYN — It was a celebration of sorts in Willamsburg on Monday afternoon as commuters and politicians cheered a small victory for L train riders with the impending shutdown just seven months away.

Monday the MTA announced plans to add a fourth bus line during the closure. It will take commuters from Williamsburg to 14th street, saving some riders as much as 20 minutes on their commute.

"That is a big, big improvement," said Congresswoman Carolyn Maloney. "We are thrilled that we have this extra line for Brooklyn and I thank the people with me."

Congresswoman Maloney also applauded the MTA for upgrading ferry service during the shutdown. The Transportation Authority will run three boats instead of two with capacity on those boats increasing from 150 to 240 passengers. With the additional service, some living in Williamsburg say they expect riders to be a lot less upset.

"We'll be able to get through this reconstruction project without too much disruption, hopefully," said Kurt Hill.

But elected officials say the MTA still has more work to do. Brooklyn Borough President Eric Adams says the neighborhood needs a shuttle service to the ferries, like they'll have in Manhattan, and he wants to make sure that electric buses are being distributed evenly on both sides of the East River.

"This is a destination in New York now and that L train line is going impact the destination, the brand that has been built up," said Adams.