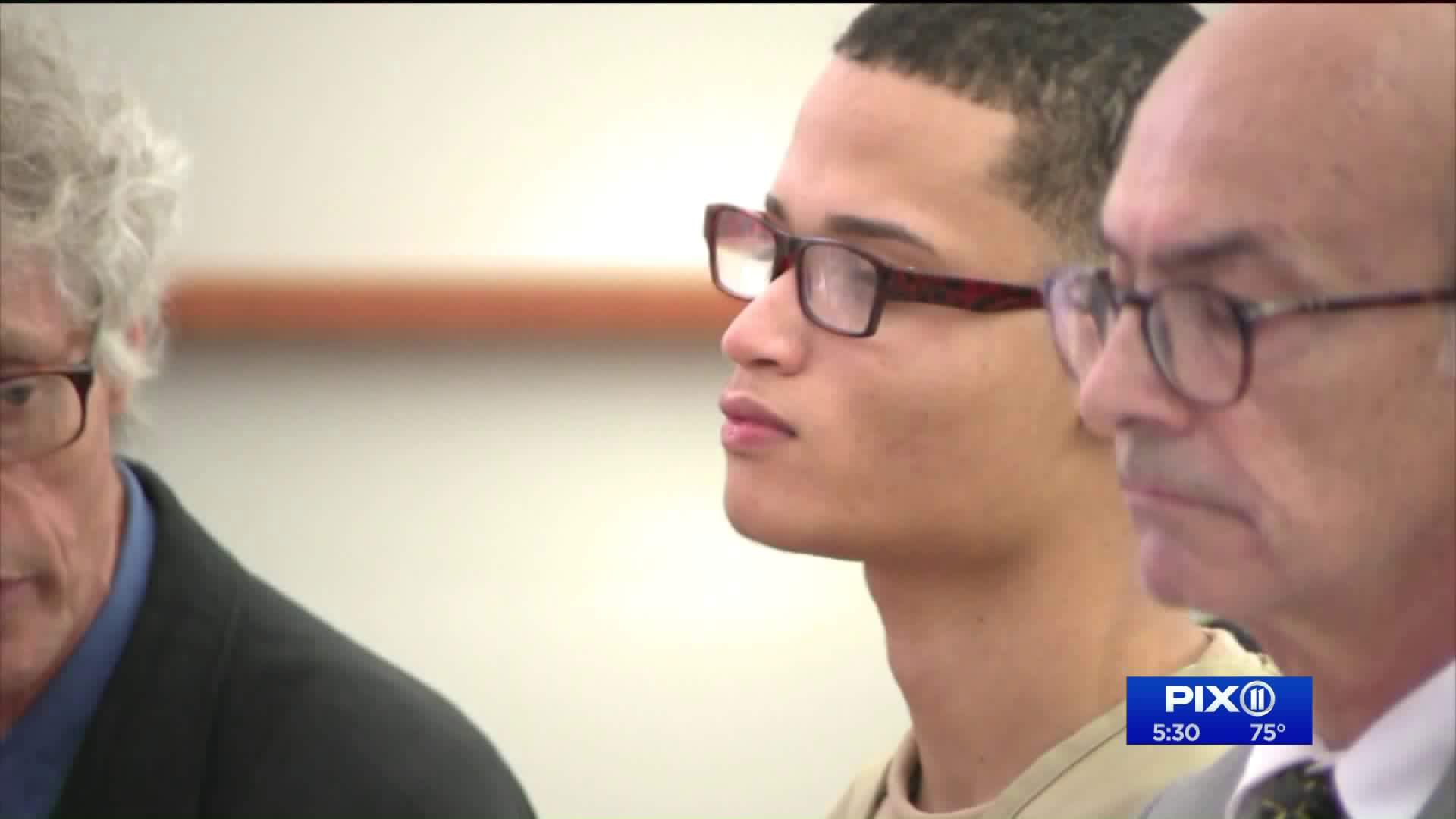 Prosecutors say Frederick Then, 20, played a big role in chasing down Junior before his death.

NEW YORK — The 14th suspect arrested in the brutal gang-related slaying of a teenager outside a New York City deli has pleaded not guilty to murder charges.

Twenty-year-old Frederick Then, of Reading, Pennsylvania, entered the plea at his arraignment Monday in connection with the June 20 machete death of 15-year-old Lesandro "Junior" Guzman-Feliz.

“The defendant was known to have allegedly pursued Junior throughout the streets of the Bronx. There is video surveillance capturing his pursuit on foot that ultimately led to Junior going into a bodega, where he was pulled out and killed by members of the Trinitarios  gang,” said Bronx Assistant District Attorney, Morgan Dolan.

He was ordered held without bail and is due back in court Oct. 25.

In total, 14 alleged members of the Trinitarios gang are charged in connection to Junior’s murder.  Authorities say Guzman-Feliz was mistakenly targeted by the gang and stabbed outside the grocery store.

With every new arrest, Leandra Feliz, Junior’s mother said it was a prayer answered.

“I’m thinking all the time 24/7, why did they kill my son. My son was a good kid. I know it. I hope they find everybody. I hope the truth comes out because I want to know why,” Feliz said.