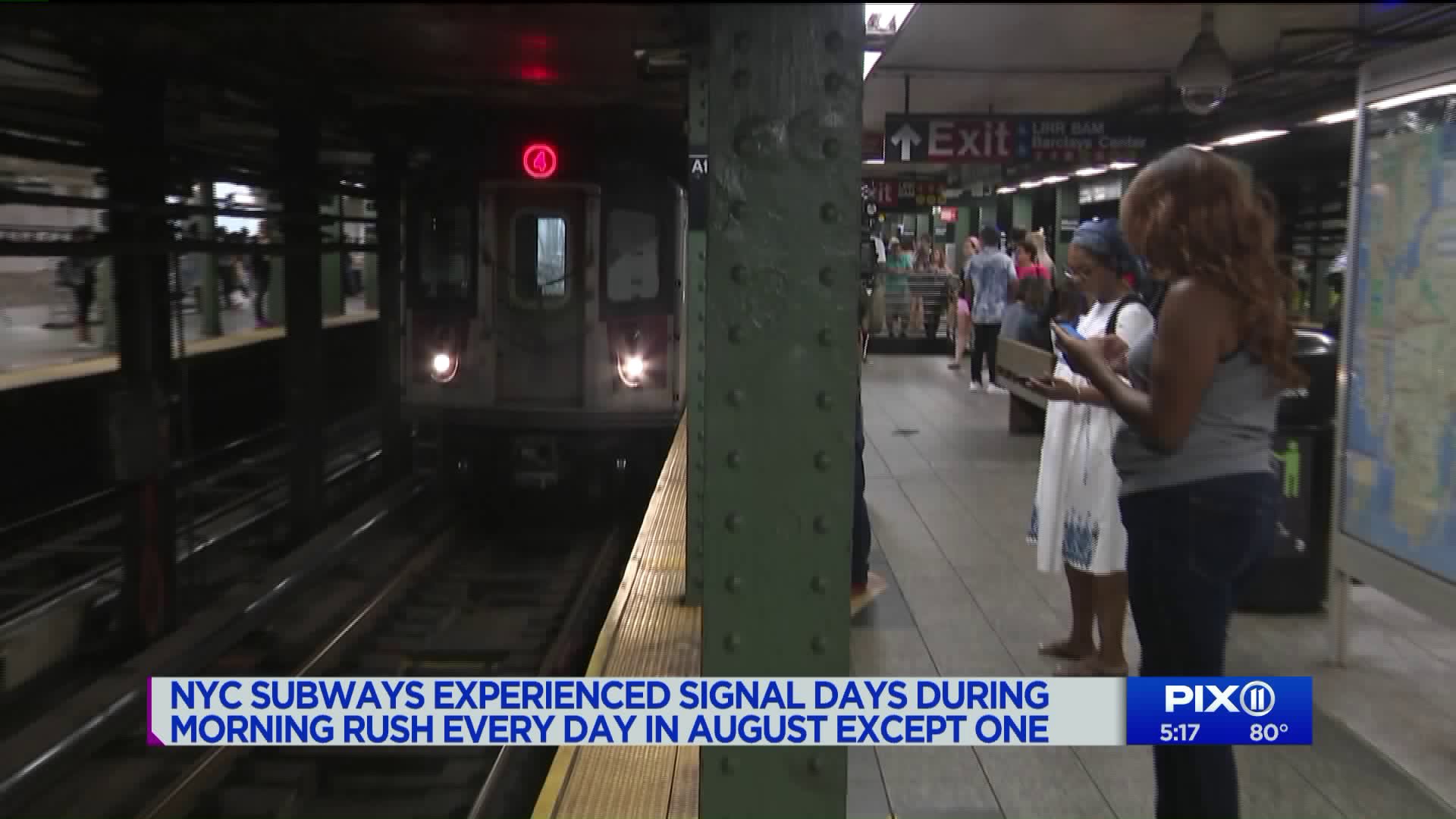 The Riders Alliance, a commuter advocacy group, tracked the MTA`s daily status report and find that issues with the signals slowed commuters every weekday morning except one during the month of August. The MTA said the study oversimplified some matters.

There were subway delays on all but one day during August 2018 because of signal problems,  a Riders Alliance analysis released Sunday showed.

The Alliance said it reviewed MTA delay alerts for the month of August from 6 a.m. to 10 a.m. They reported delays due to signal problems for every day except Aug. 23.

"It's just painful," said Joe Hetterly of Bay Ridge, about his commutes.

The Riders Alliance said signal delays caused problems on every subway line except the L, which has already received signal upgrades.

The analysis showed the worst delays were on the D and R lines.

"It's always a surprise," said Tessa Vlaanderen, commenting on the delays. "But other times, it's perfectly on time, it's fast."

The group of concerned commuters is now calling on Governor Andrew Cuomo and the state to implement commuter pricing as a means of funding MTA infrastructure improvements.

"The governor singlehandedly revived the idea of congestion pricing, has been leading the charge to pass it and succeeded in securing the first phase this year. The Riders Alliance time would be better spent convincing those who need convincing -- members of the Legislature and City Hall."

The MTA also released a statement to PIX 11, reading:

“The methodology of this “report” provides no context whatsoever. This oversimplification ignores the incredible progress we’ve made under the Subway Action Plan that stopped a steep decline in service and resulted in a series of vital improvements. This appears to be more of a stunt than an actual serious look at the system.

“The system has stabilized over the last year thanks to intensive investment and maintenance associated with the Subway Action Plan which is exactly what it was designed to do. We’ve also launched a new initiative to eliminate 10,000 subway delays a month which is already paying dividends. The complete modernization of New York City Transit, in particular the upgrading of our signal system, is essential to providing safe and reliable subway service, which is why a predictable, sustainable source of funding is vital to making the full Fast Forward plan a reality.”