‘Justice for Junior’: 14th suspect arrested in slaying of Bronx teen at bodega 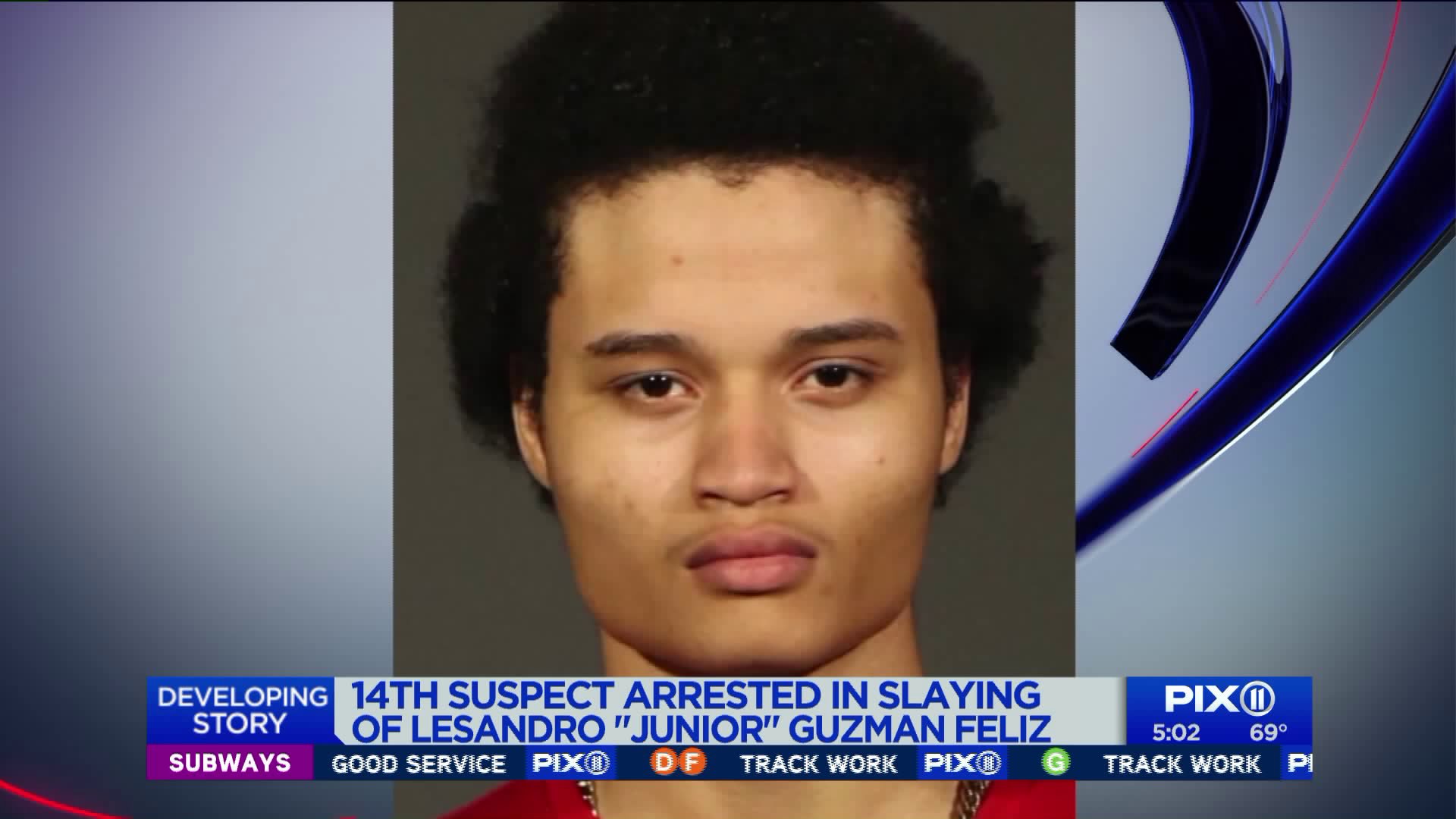 Police have made another arrest in the brutal, machete-slaying of Bronx teen Lesandro "Junior" Guzman-Feliz, officials said Sunday.

THE BRONX — Police have made another arrest in the brutal, machete-slaying of Bronx teen Lesandro "Junior" Guzman-Feliz, officials said Sunday.

Frederick Then, 20, turned himself in, police sources said. Officials released his name on Sept. 12. Sunday's arrest marks the 14th person charged in connection to the teen's death.

Then allegedly pursued Guzman-Feliz, 15, through the Bronx, prosecutors said at his arraignment Monday.

The teen was chased into a bodega on by a group of alleged Trinitarios gang members on June 20. He was dragged back outside and attacked at 183rd Street and Bathgate Avenue by a group of men who believed the teen was a member of a rival gang. Guzman-Feliz suffered a lethal slash wound to his throat. The teen ran toward a hospital, but he collapsed and died outside.

In the months since that day, Then spent time hiding out in both New York and Passaic County in New Jersey in the month's since the teen's death police sources said. He also used several different phones to stay under the radar.

The 20-year-old alleged gang member was also apparently among a group of people who attacked a 14-year-old boy two days before Junior was killed, police sources said. That teen was stabbed on the Bronx River Parkway. He lost a kidney.

Police charged Then with murder, manslaughter, gang assault, conspiracy and criminal possession of a weapon in connection with Guzman-Feliz' death.

He was deemed a flight risk during Monday's arraignment and is being held without bail.