Justice for Junior: Man wanted in connection to slaying of teen at Bronx bodega 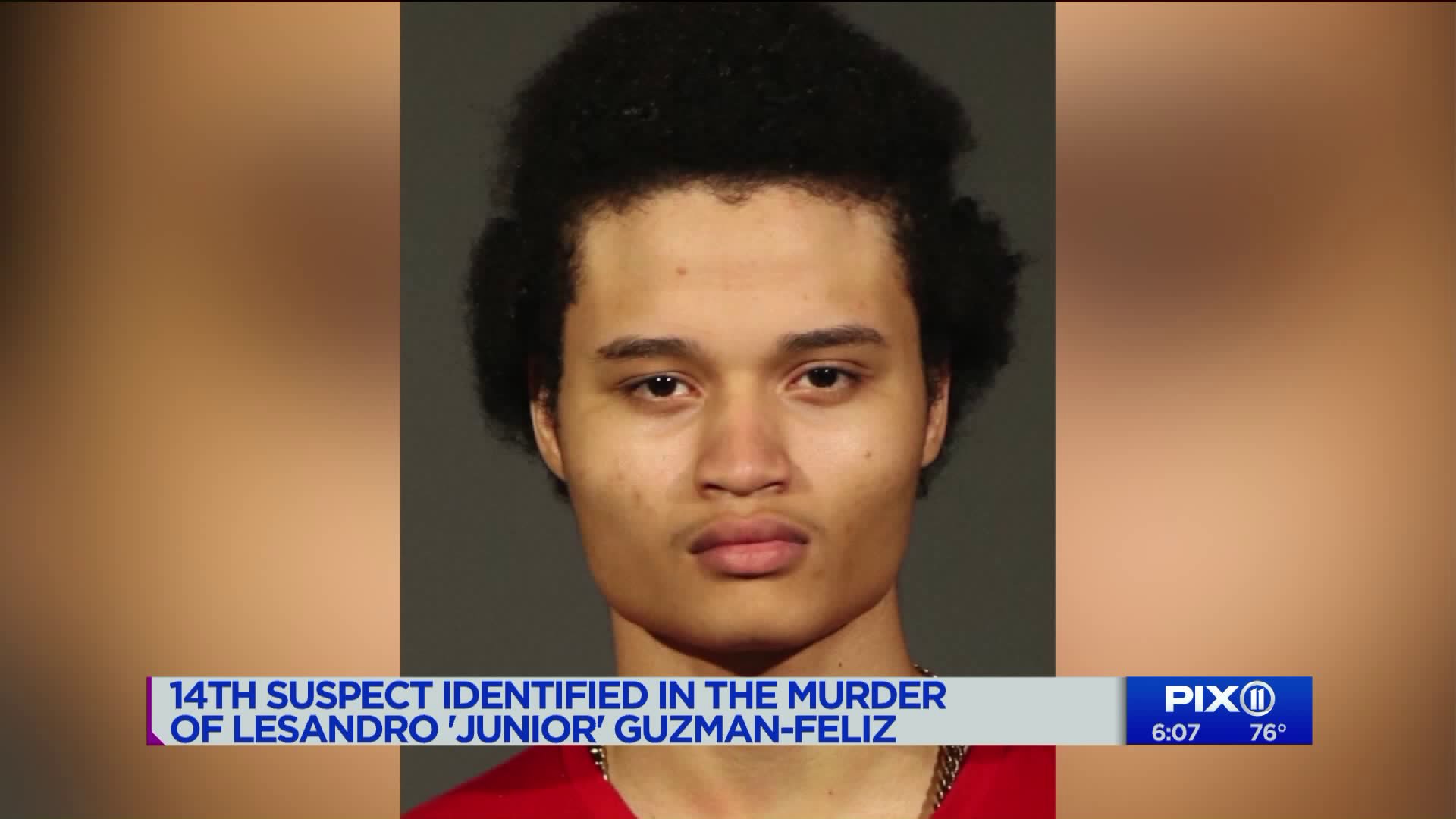 Police have released information about a man wanted in connection to the June slaying of Bronx teen Lesandro "Junior" Guzman-Feliz. Officers are looking for Frederick Then, 20.

The Bronx — Police have released information about a man wanted in connection to the June slaying of Bronx teen Lesandro "Junior" Guzman-Feliz.

Frederick Then, 20, is wanted in connection to the Bronx slaying of Lesandro "Junior" Guzman-Feliz. (NYPD)

Officers are looking for Frederick Then, 20.

More than a dozen arrests have already been made.  Prosecutors announced in late August, the day after police made a 13th arrest in the teen's machete-death, that officials were looking for a 14th suspect. All of the men in custody are alleged Trinitarios gang members.

It's not yet clear what Then's alleged role was in Junior's death.

Guzman-Feliz, 15, was chased into a bodega at 183rd Street and Bathgate Avenue on June 20. He was dragged back outside and then attacked with knives and a machete by a group of men who believed the teen was a member of a rival gang. The teen suffered a lethal slash wound to his throat and ran toward a hospital, but he collapsed and died outside.

His death sparked the "Justice for Junior" movement and has attracted international attention.