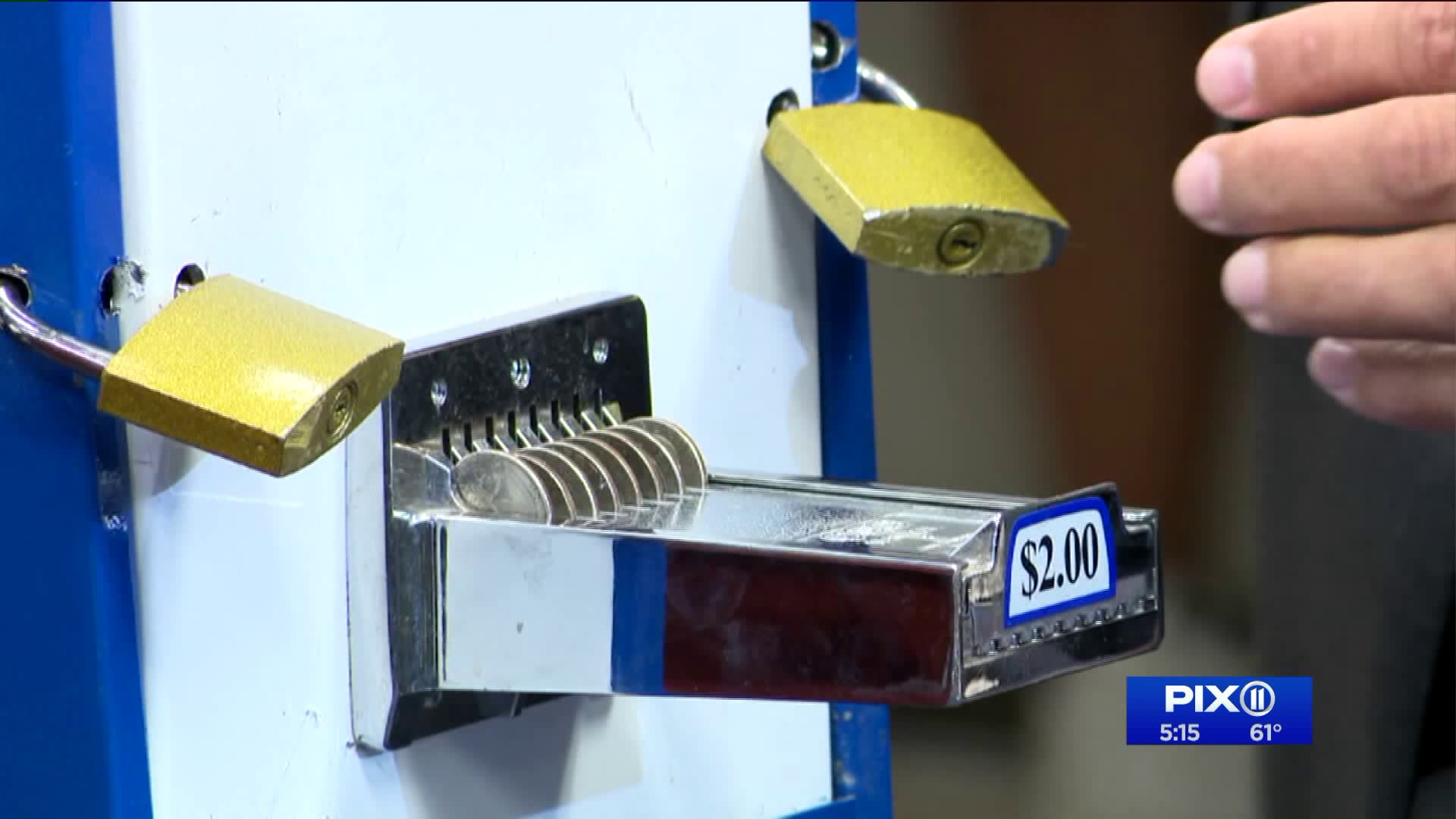 Brookhaven officials moved in over the weekend, removing and seizing the machines for violating town code on altering public property.As police continue to investigate, they`re urging anyone who comes across one of these machines to call authorities immediately.

CORAM, N.Y. — Suffolk County Police have a mystery on their hands after at least three so-called crack pipe vending machines were installed on public property and there’s now a concern that more vending machines are out there.

“Who in their right mind would even do something like that -- to enable and to encourage somebody to do this?” said Tony Gallo, a Coram resident.

Gallo is one of many concerned by the vending machines that have sprouted up across Suffolk County.

“Did they really think they were gonna get away with this?” Gallo said.

With a simple design, the blue vending machines were cemented into the ground in at least three locations in Suffolk County and claimed to contain “pens.”

According to officials, however, $2 got would-be customers a whole lot more. Disassembling the pen revealed a glass tube and filters, essentially a crack pipe kit.

As of Monday, police have seized at least three of these crack pipe vending machines.

A machine was discovered outside the Fairfield apartment complex in Medford. Another was found near a bus stop in front of Home Depot on Route 25 in Coram and a third was found near the Coram Commons Shopping Center on Middle Country Road.

“There are some people who think they’re going to make some money out of this and prey on a community and promote drug use in a community,” Brookenhaven Town supervisor Ed Romaine said at a news conference Monday. “They’re going to be sadly mistaken.”

Suffolk County police are handling the mysterious case which was first brought to light on Facebook. Many residents complained online about the machines. Some went as far as destroying one of them with a sledgehammer.

Brookhaven officials moved in over the weekend, removing and seizing the machines for violating town code on altering public property.

As police continue to investigate, they’re urging anyone who comes across one of these machines to call authorities immediately.