Florence becomes a hurricane, takes aim at US Southeast 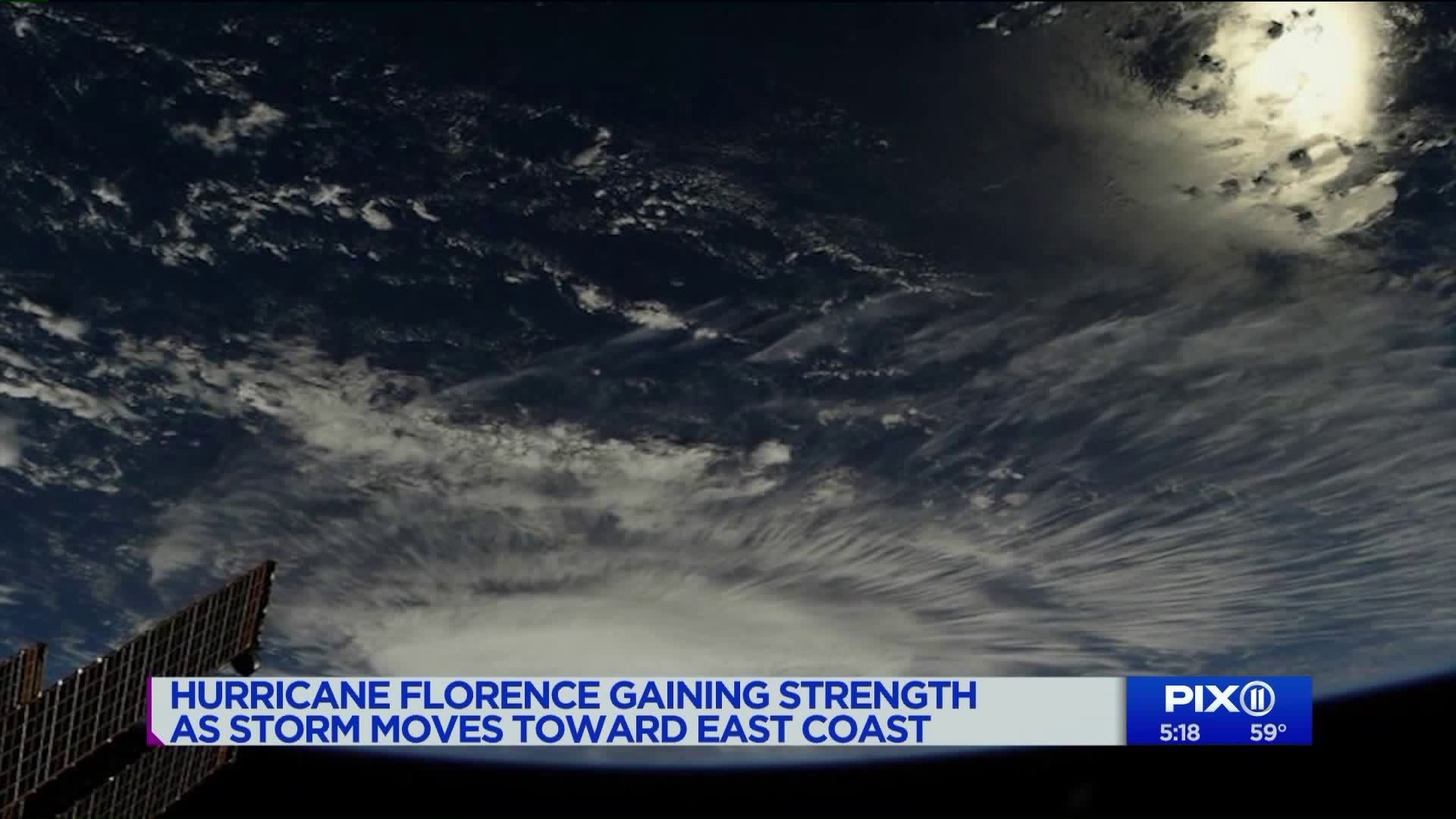 Three states have already declared states of emergency ahead of Hurricane Florence hitting the US coast, and Gov. Andrew Cuomo is also advising New Yorkers in flood-prone areas to take precaution. 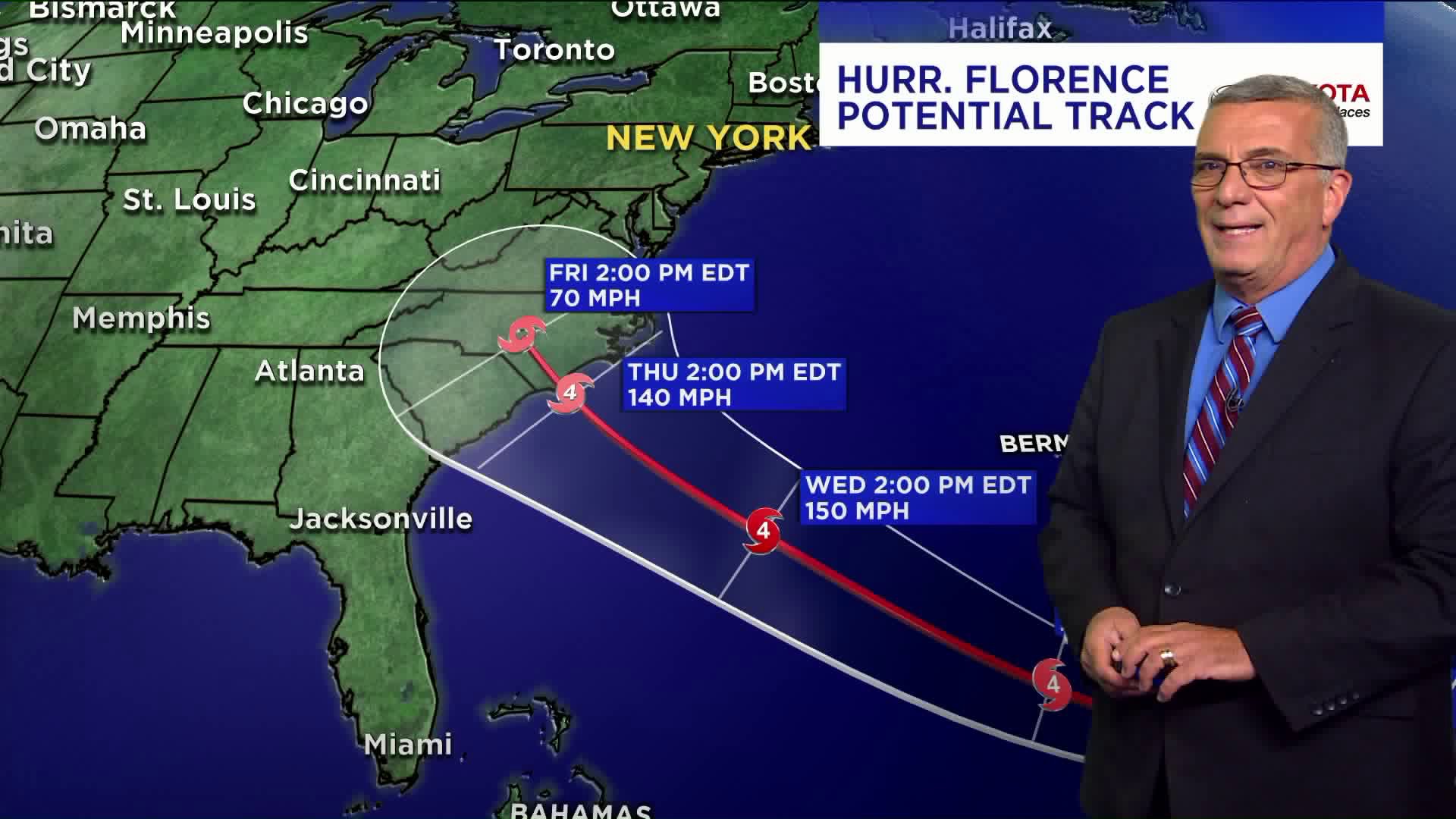 ATLANTA — Tropical Storm Florence turned into a hurricane Sunday morning and swirled toward the U.S. for what forecasters said could be a direct hit on the Southeast toward the end of the week.

The storm's sustained winds reached 75 mph (121 kph), just over the threshold for a hurricane, as it made its way across the Atlantic, about 750 miles (1,210 kilometers) southeast of Bermuda, the National Hurricane Center said. It was moving west at 6 mph.

The Miami-based center said that it was still too early to predict the hurricane's exact path but that a huge coastal area from South Carolina to the mid-Atlantic region should prepare for a major strike late in the week.

"All indications are that Florence will be an extremely dangerous Category 4 hurricane while it moves over the western Atlantic toward the southeastern United States," the hurricane center said. A Category 4 storm packs winds of 130 mph (209 kph) or more and has the potential for catastrophic damage.

The governors of North and South Carolina and Virginia declared states of emergency to give them time to prepare, and the Navy said ships in Virginia's Hampton Roads area would leave port for their own safety.

North Carolina Gov. Roy Cooper said in a statement Sunday that coastal and inland residents alike need to get ready for potentially heavy rainfall and flooding from the storm. Cooper urged residents to "review your emergency plans and gather your supplies now."

The South Carolina Emergency Management Division tweeted Sunday that officials there are "preparing for the possibility of a large-scale disaster."

The storm brings with it an increasing risk of two life-threatening impacts: storm surge along the coast and freshwater flooding from prolonged rains, the hurricane center said.

Delaware Gov. John Carney says state officials are closely monitoring the approach of Hurricane Florence, which is heading toward the U.S. for what forecasters said could be a direct hit on the Southeast toward the end of the week.

Dangerous swells generated by Florence affected Bermuda and have begun to reach parts of the Eastern Seaboard.

Behind Florence are two other storms that the National Hurricane Center is monitoring.

Tropical Depression Nine became Tropical Storm Isaac on Saturday afternoon over the eastern tropical Atlantic, the National Hurricane Center said. It was about 1,500 miles from the easternmost Caribbean islands on Sunday and may become a hurricane by Monday.

Behind Isaac is Tropical Storm Helene, which was moving across the southernmost Cabo Verde Islands off West Africa on Sunday morning and will become a hurricane late on Sunday, the National Hurricane Center said.

The three tropical systems -- Florence, Isaac and Helene -- come right before the Atlantic hurricane season hits its peak Monday. The eight weeks around that date often are prime time for the conditions that fuel powerful storms.