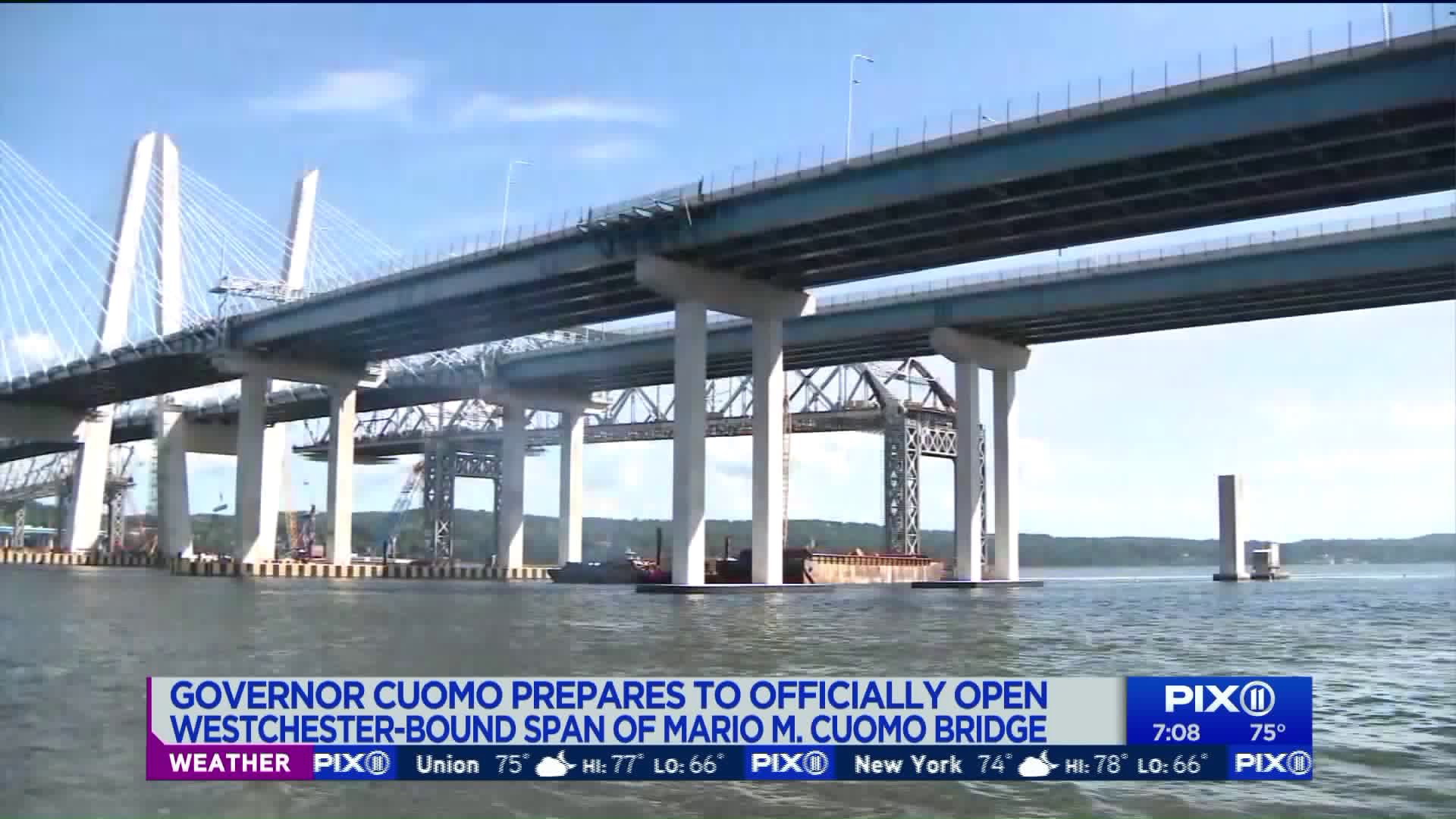 The Westchester-bound span will officially open to traffic Saturday morning.

Cuomo will hold an opening ceremony Friday. Hillary Clinton is scheduled to be among the guests of honor present for the official opening of the Gov. Mario M. Cuomo Bridge.

The opening will cause another traffic shift, as four lanes of Westchester-bound traffic will be moved from one bridge span and shifted to another.

By 8 p.m. Friday, the shift begins to move Westchester-bound traffic onto its own span. The full transition is expected to be complete by 7 a.m. Saturday.

The bridge links Westchester and Rockland counties over the Hudson River. It replaces the old Tappan Zee Bridge, parts of which will live on as artificial reefs off Long Island.

The spans will have four lanes of traffic going each direction. Cuomo also announced a State-of-the-Art bus service will begin between Rockland and Westchester by the end of October.

By next year, officials hope to have a shared walking and bike path complete.

As for the toll price of the new bridge, the exact amount of how much drivers will need to pay has not been disclosed.

The new bridge's first span opened last year, when the structure was named to honor Mario Cuomo, governor from 1983 to 1994 and father of the state's current chief executive. He died on Jan. 1, 2015.