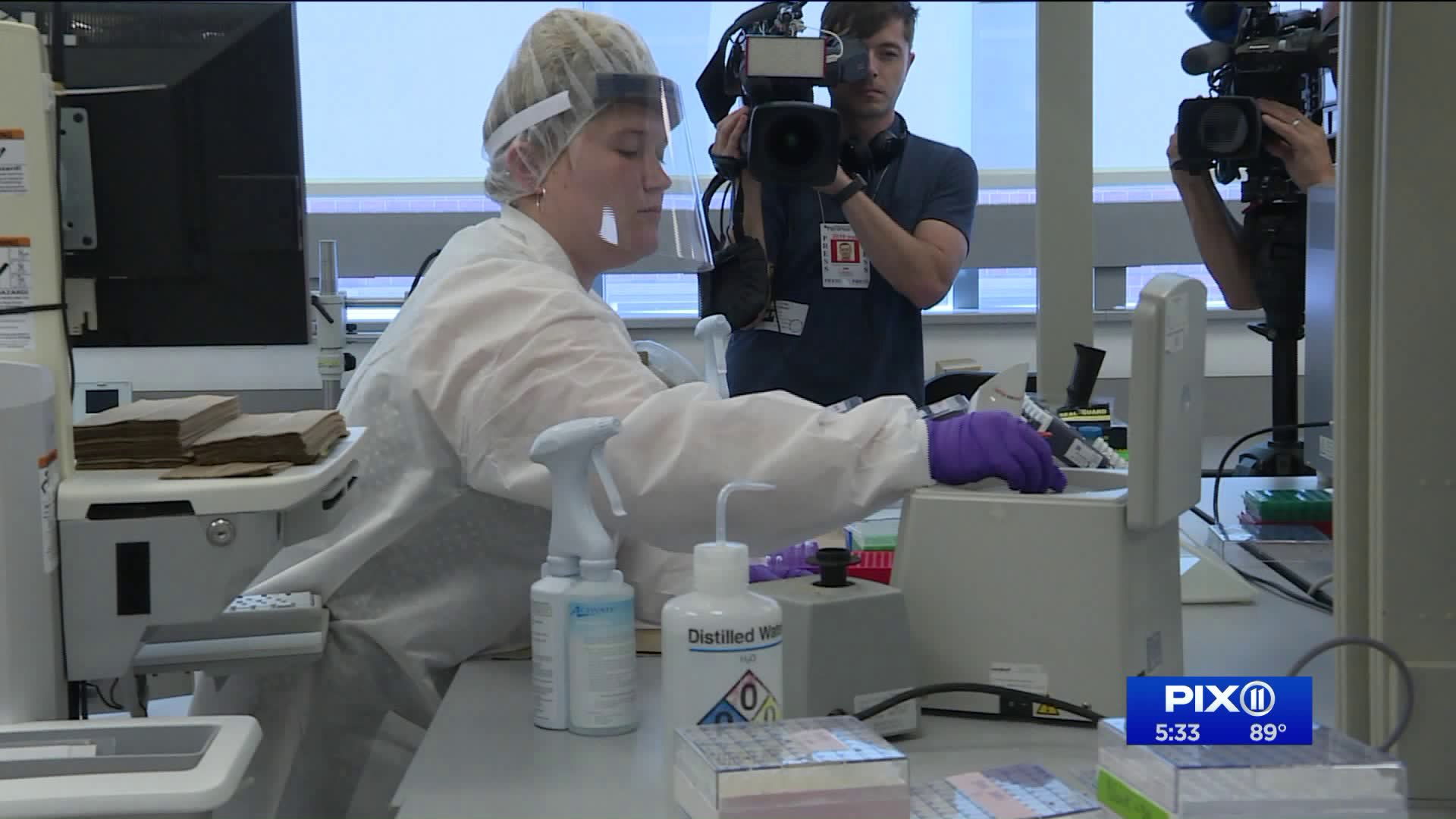 Forensic scientists in the New York City Medical Examiner`s Office gave an unprecedented look at the tedious process of testing DNA from unidentified remains Thursday. Since the September 11th attacks, the office has developed groundbreaking techniques that have successfully identified 1,642 remains from the site.

It’s the first time in the agency’s history cameras were allowed inside their East Side laboratory for a behind-the-scenes look at their technology, which has set the standard in missing persons forensic techniques.

“It’s very emotional at times, but the sense of service is there,” explained Jonathan Holly, a forensic scientist with the Missing Persons Unit.

Since the September 11th attacks, the office has developed groundbreaking techniques that have successfully identified 1,642 remains from the site.

Most of the DNA was extracted from bone fragments. Less than a gram is all scientists need.

The race to bring families closure after 9/11 fueled the agency’s innovation, which has now helped forensic science organizations around the world identify remains – especially with large scale disasters.

“We have gone back to the same bone sample numerous times and in the last 11 times we may get no DNA profile,” OCME Chief of Laboratories Tim Kupferschmid said. “But on that 12th time with that new technology applied, we may get a DNA profile.”

That was the case for 26-year-old Scott Michael Johnson, who worked as a security analyst on the 89th floor of the South Tower in the World Trade Center.

The NYC Medical Examiner’s Office were able to identify his remains nearly 17 years after he was killed in the attacks by using the advanced DNA re-testing.

His family was noticed this past summer.

With the remains of over 1,100 victims still not identified, the Chief Medical Examiner’s office assures families who are still waiting for that phone call, to not lose hope.

“We haven’t given up,” Mark Desire, OCME Assist. Dir. of Forensic Biology, told PIX11 News. “We continue to push this forensic science forward and we are not going to stop until we can identify all these remains.”