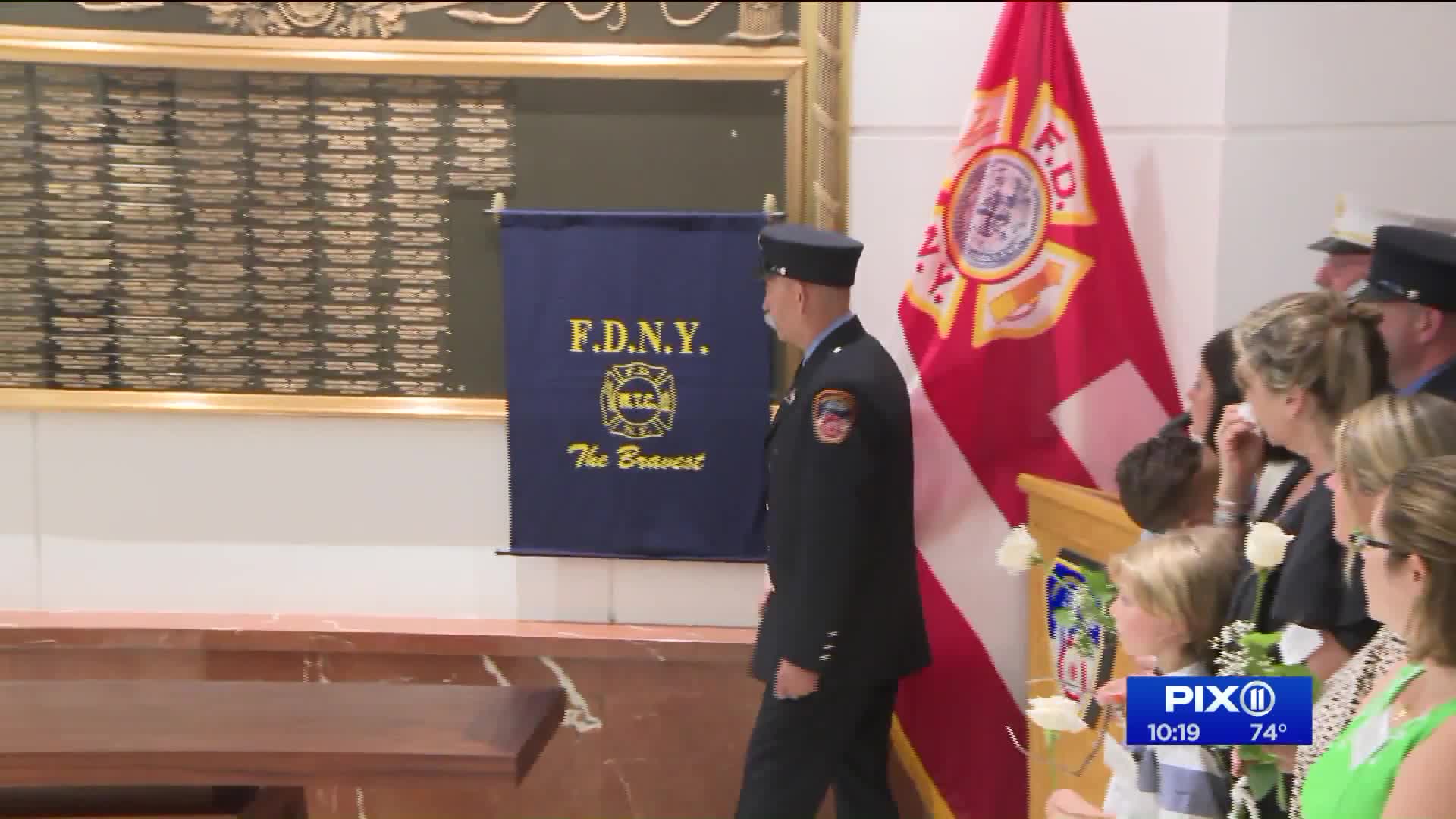 Family members and friends of the fallen joined with firefighters for a ceremony at FDNY headquarters in Brooklyn. Kate Schlosser's father, retired FDNY firefighter Michael O'Hanlon, died of cancer in 2017.

"He served this city for 30 years and just absolutely loved his job," Schlosser said. "[He] fought bravely, never let it kind of bother him, never had a bad thing to say."

Nicholas Spatafora's brother Ronald was an assistant chief who passed away in June from Leukemia. Spatafora said his brother spent every day down at Ground Zero after the attacks.

"It does make you feel good in seeing everyone and talking about them, that they're not gone, they'll always be remembered, but it's very hard," said Spatafora.