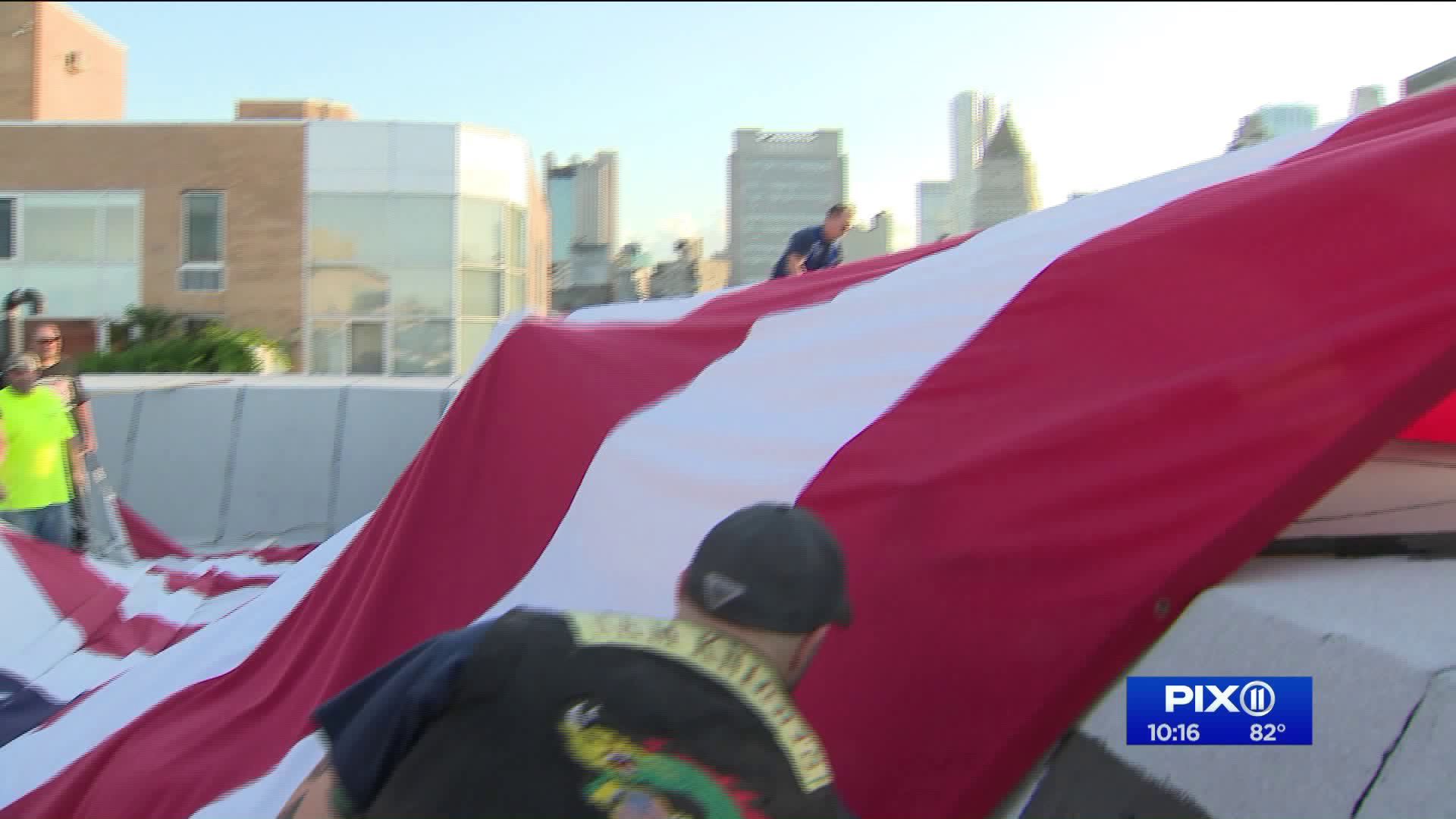 For 17 years, the 60 foot flag has been displayed from the building at the corner of Hester and Mott Streets by a ground of friends, veterans and volunteers who worked at Ground Zero. It`s called the Ground Zero Volunteers Flag.

MANHATTAN -- It's 60 feet long, 30 feet wide, weighs more than 90 pounds and it helps tell a story of tragedy, service and love.

For 17 years each September, a giant flag has been displayed from the building at the corner of Hester and Mott streets in Lower Manhattan.

Ground Zero Volunteers Flag was created by volunteers, workers and first responders on the scene in the days after 9/11.

Volunteer and apartment building owner John Casalinuovo began the tradition with his wife Denise and a group of friends, veterans and volunteers. Many of them met in September 2001 at stations set up by organizations working to assist people at the site.

The neighborhoods of Chinatown and Little Italy participate in the event. When the flag is lowered on the Saturday after Sept. 11, the street is closed and hundreds of onlookers watch and help properly fold the flag for storage.

The flag and the volunteers also march in the New York City Veterans Day Parade.