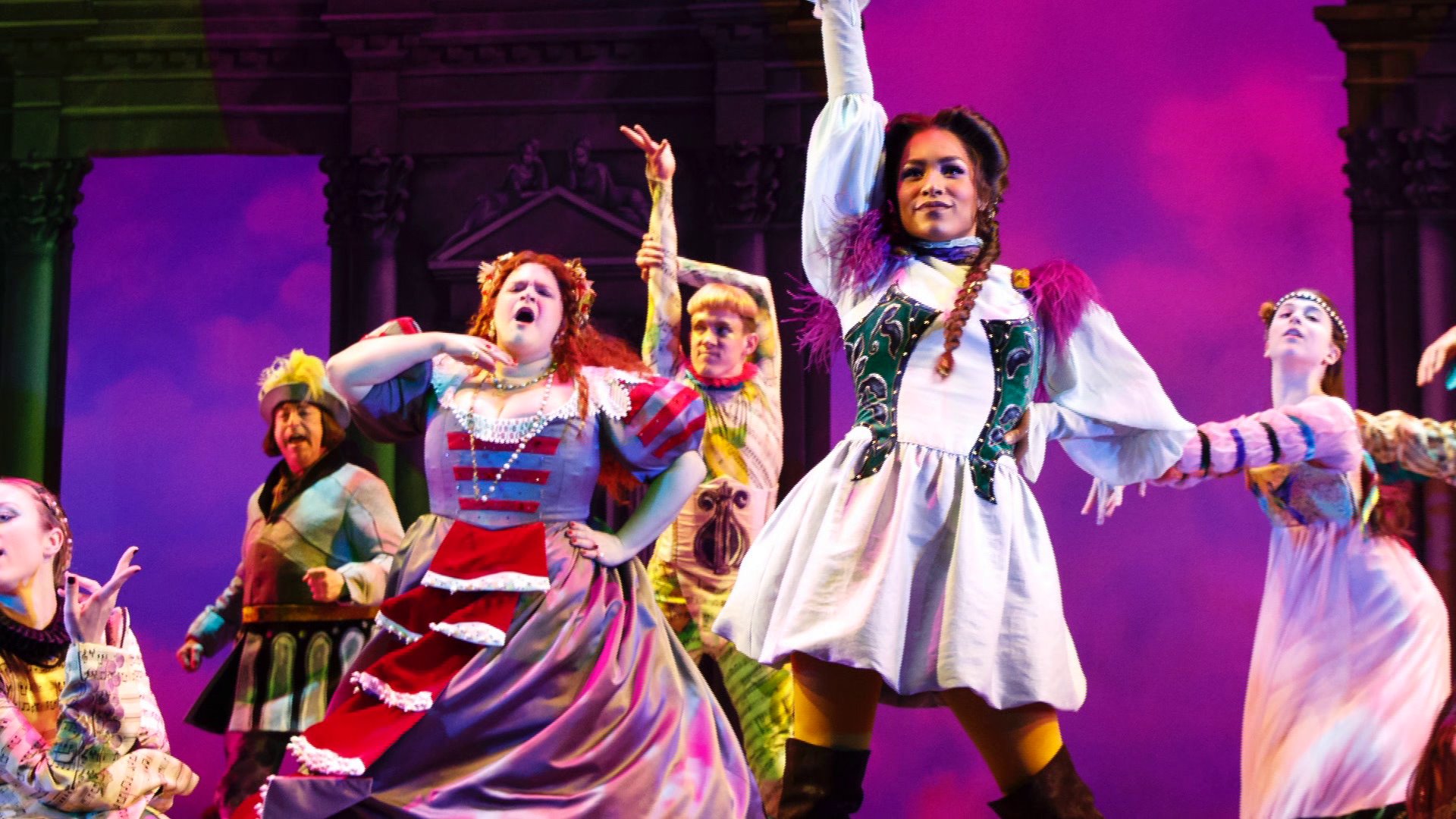 Bonnie Milligan makes her Broadway debut in "Head Over Heels"

NEW YORK—“Head Over Heels” is the latest rom-com to hit the Broadway stage, and it has some big star power behind it.

The story is set to the iconic hits songs of the all female band, The Go-Go’s, with Gwyneth Paltrow as its producer.

It’s a mashup of The Go-Go’s music and a Renaissance love story.

And breakout star, Bonnie Milligan is "Head Over Heels” about playing Princess Pamela.

"I mean, it’s my Broadway debut, so it’s a dream come true to be able to originate a role. And she’s one of the most obscenely funny, most self-loving women that I have ever gotten to play. It's almost Shakespearian in many ways. There's magic and mistaken identity and it’s really a fast-paced comedy, a romantic comedy if you will,” Milligan explained.

It is a hilarious romp, all about acceptance, tolerance and women’s empowerment.

"So many have waited at the stage door to talk about that. Or I’ve been tweeted at or messaged that some girls say, I feel like I haven’t felt ugly since I watched you sing "Beautiful." And I used to get down on myself and I feel like maybe I shouldn’t and it really gets me so emotional,” Milligan added.

The show is filled with the biggest hit’s of The Go-Go's, the 1980’s all female punk band turned pop.

"Getting to know them, they’re so cool and they’re so down to earth and supportive and amazing. And they're legends, so its been amazing," Milligan said.

“Head Over Heels” is playing at the Hudson Theater.