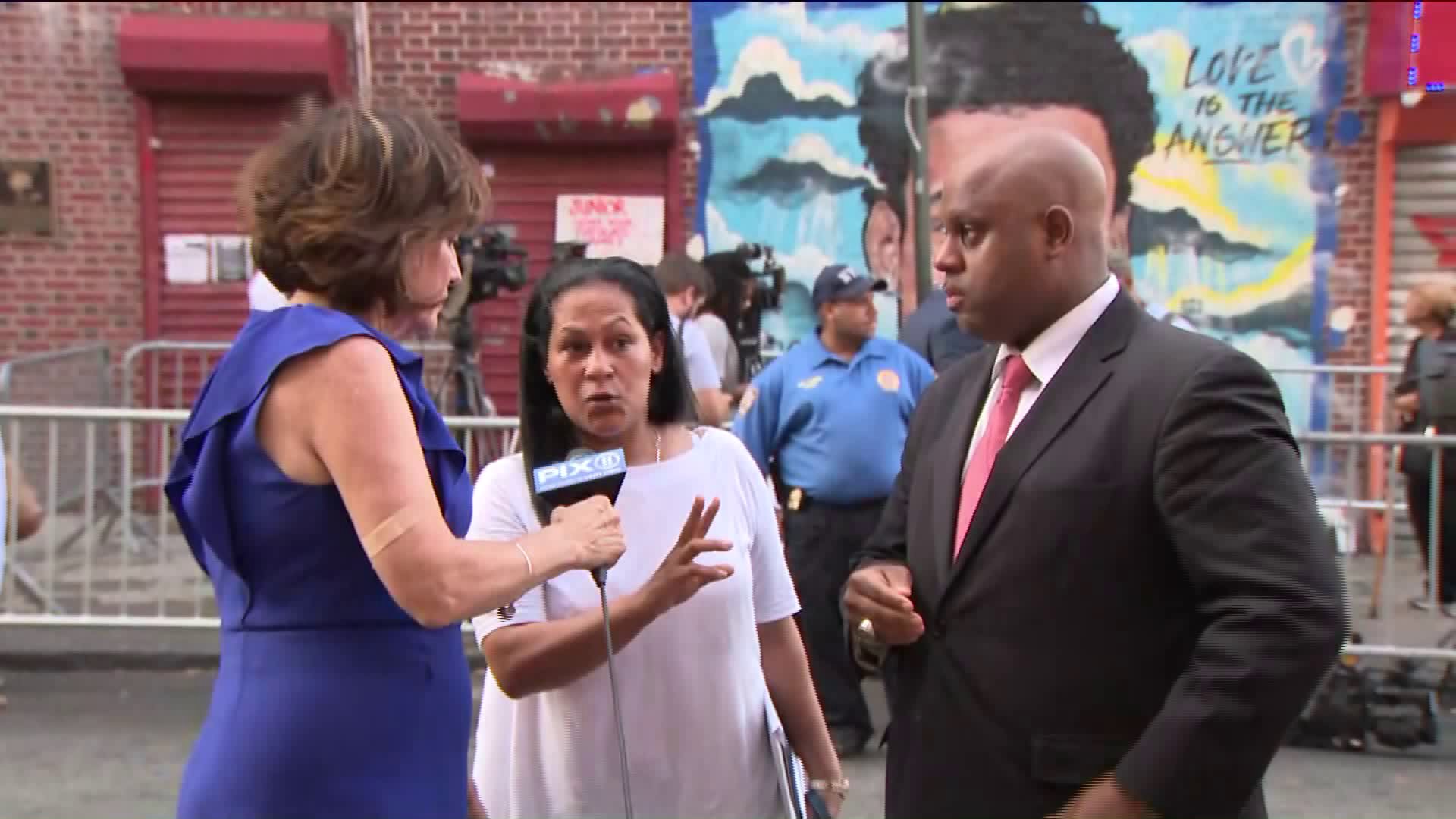 Mary Murphy was live on location talking to the mother of slain Bronx teen Junior more than a month after her son`s death. 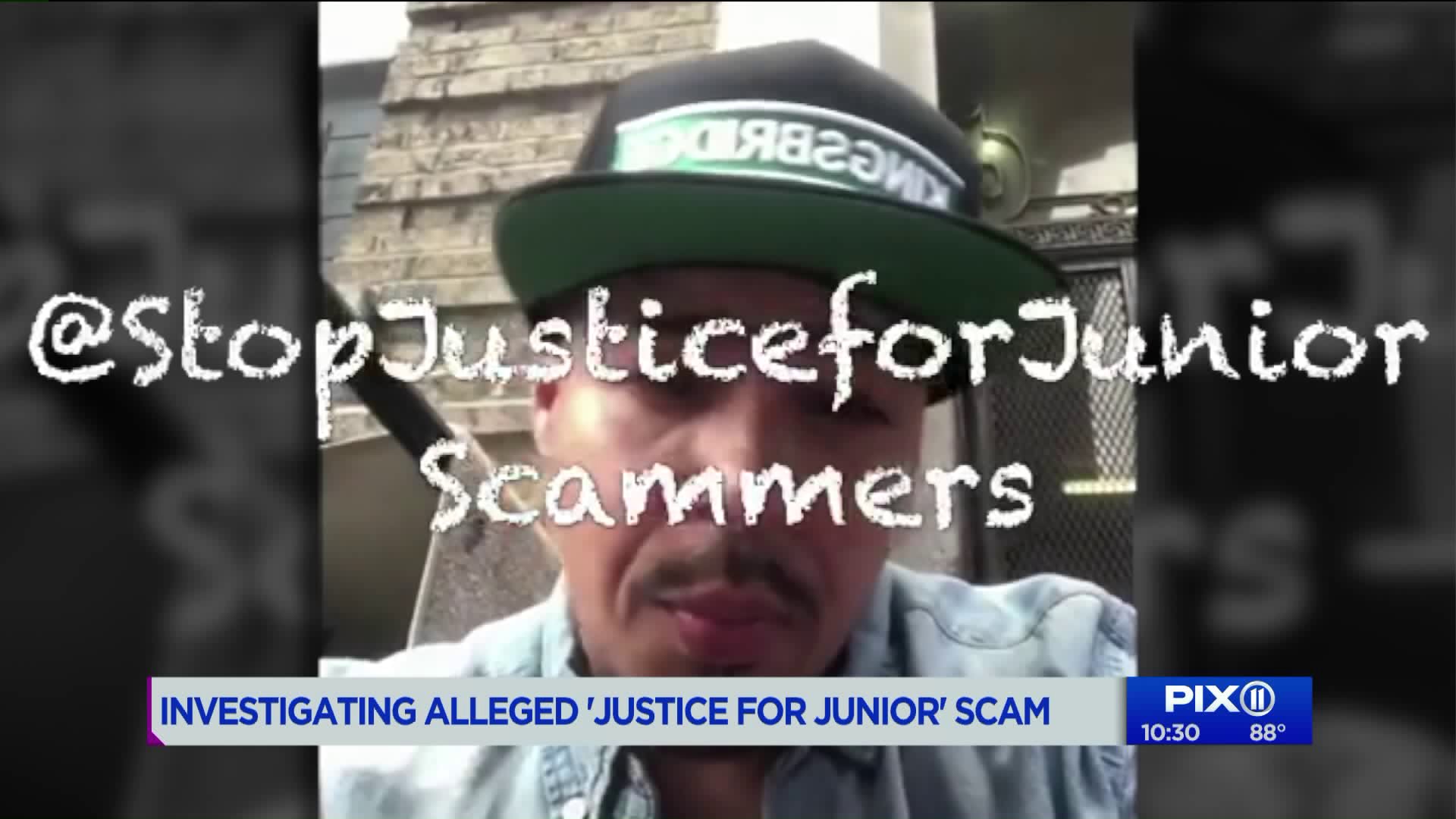 THE BRONX -- A creative Instagram user edited a video featuring a pair of dancing rats as part of a campaign to discredit two men who were allegedly involved in setting up foundations or memorials for Lesandro “Junior” Guzman-Feliz without the full consent of the slain teen's family.

One of the men, David Estrella, was accused of having a mural made with a hat on Guzman-Feliz's image that promoted Estrella’s business, Wear Your Block.

“If the family chose to have a foundation or a charity of their own, the hats could have been provided as a fundraiser,” Estrella told PIX11. ”We have been advocating for renaming the street."

Instead, the hat idea has backfired for Estrella. Someone painted over the logo on the hat featured in the “Stand with Junior” mural.

Estrella said he met Khalil Abdul Muhammad, another person targeted in the Instagram campaign, on East 183rd Street and Bathgate Avenue, the intersection where Guzman-Feliz was hacked with knives and a machete before he bled to death. The two were part of a group that was present when the “Stand with Junior” mural was unveiled.

“I was called and compelled to act, because I myself am a survivor of gang, violent assault, when I was 16,” Estrella said. “I was attacked by three cars, men with bats. I was able to survive because one of the bats broke and I fought my way out.”

The story involving three cars sounds very similar to the scenario of Guzman-Feliz being chased by four vehicles, before he was set upon with weapons on the night of June 20.

Muhammad has appeared in the neighborhood with members of the Nation of Islam to provide security, he said, when tensions in the community were getting high after the killing and to keep people safe. The group was photographed with Guzman-Feliz's mother on at least one occasion.

Guzman-Feliz's mother confronted Muhammad during a PIX11 Facebook Live interview on Aug. 6, telling him she would not get involved in any foundation until her lawyer reviewed everything.

Muhammad said he had bought a web domain for a Justice for Junior Foundation, but at this point, “I would actually give the domain, the website, everything to them,” referring to the family.

Mohammad told PIX11 he has registered with the New York State Attorney General’s Óffice to start a new group, the Justice for Youth Foundation, taking Guzman-Feliz's name out of it.

Anthony Ramos, a friend of the teen's family, has posted Facebook Live videos denouncing Estrella and Muhammad while another friend, Richie, edited the videos with an Instagram account called @StopJusticeforJuniorScammers. The two pointed to a Pay Pal account that was set up before it was quickly dismantled.

“They created a foundation without the family’s permission,” Ramos said.

“It was all implemented for them to be able to sell hats in the future,” Ramos countered.

City Councilman Ritchie Torres, who represents the district where Guzman-Feliz was killed, said he does not believe Estrella and Muhammad are corrupt.

“I suspect that these are just turf wars that are natural in every community,” Torres said.

Torres said he is more concerned about an organization called the New York State Community Affairs Bureau that has been trying to get close to Guzman-Feliz's family. The group previously used a City Council logo in its name.

“I can tell you as a New York City Councilmember that this organization has no formal affiliation with either the City Council or the city,” Torres said.

Torres said the Community Affairs Bureau is a sham organization run by a convicted felon, R.A. Gregg, the son of a lawyer in Staten Island. A woman shut the door on PIX11 when we went to Gregg’s last known address.

Facebook videos featured Gregg dressed as a minister handing out police shields to people at a church service this year, claiming they would now be chiefs or directors in his organization.