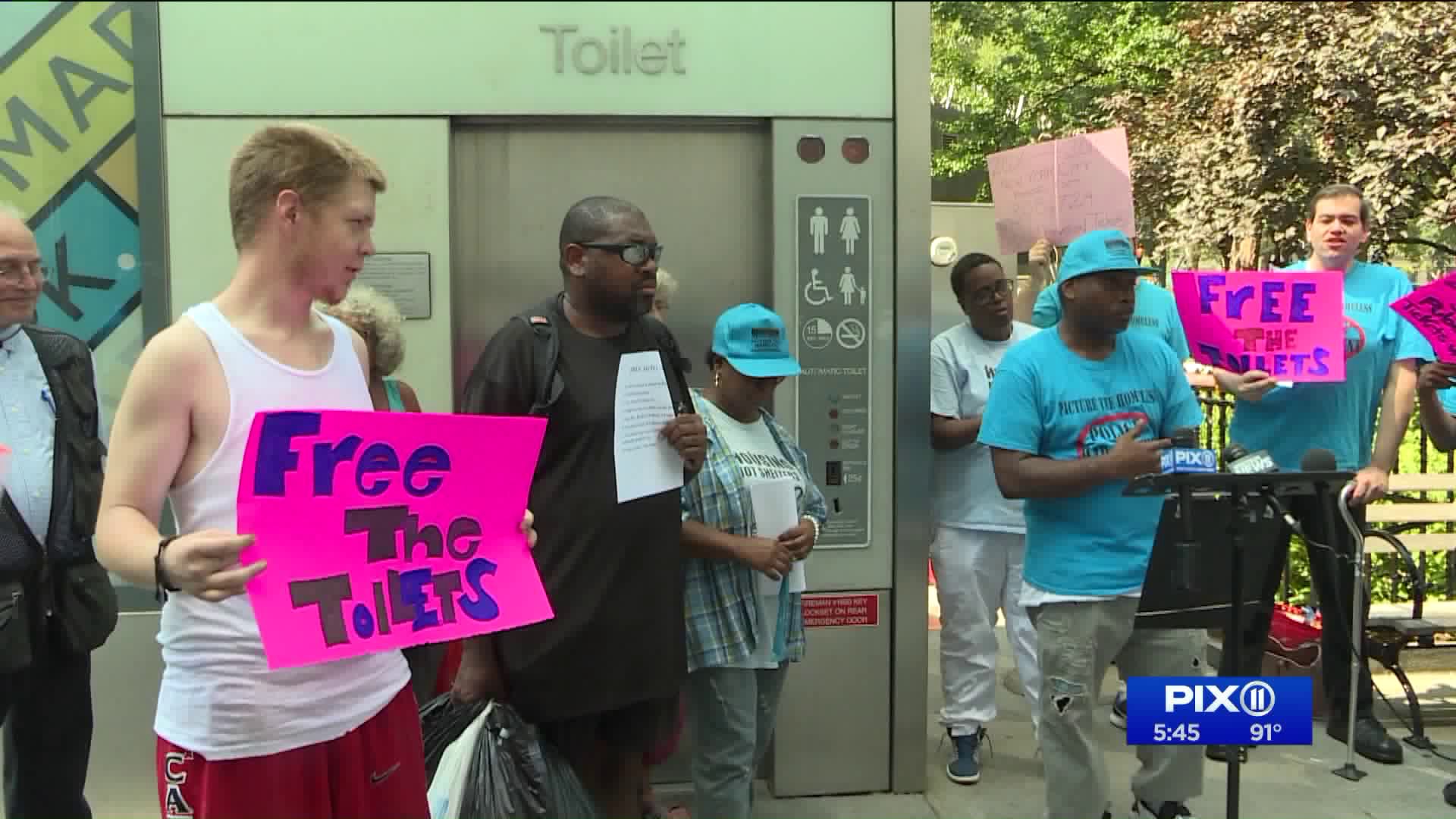 More than a dozen state-of-the-art bathrooms have been sitting in a warehouse for more than a decade and now alawmaker is urging the city to put the high-tech toilets to good use.At its peak, there were 1,600 bathrooms on the subway system. Today, there are just 53.

NEW YORK -- More than a dozen state-of-the-art bathrooms have been sitting in a warehouse for more than a decade and now a lawmaker is urging the city to put the high-tech toilets to good use.

At its peak, there were 1,600 bathrooms on the subway system. Today, there are just 53.

"There's nothing worse than having a full bladder and nowhere to relieve yourself and I ought to know," said Jennifer Tang, with the Riders Alliance. "I was trapped on a delayed R train for nearly two hours, trying not to think about my full bladder. Given the horrendous number of subway delays that show no signs of abating, having access to public restrooms is no longer an option, it's a necessity."

Above ground, it doesn't get much better so it might not be surprising to hear the NYPD handed out more than 300,000 tickets for public urination between 2006 and 2016.

Which is why dozens of people gathered outside one of New York City's five automatic public toilets Tuesday. The self-cleaning stations allow people to use the restroom for up to 15 minutes for 25 cents. But on this day, those that needed a bathroom break were out of luck.

The restroom was out of order. A makeshift stall with some toilet paper and newspaper appeared to be set up just behind it. But with no place to go, New York's homeless have no choice.

"We are a city that's supposed to be fair," City Councilman Antonio Reynoso said. "We are supposed to be a city that takes care of our neediest and we need to make sure that a safe restroom and a safe public site to use the restroom is something that we can at least guarantee the citizens or the residents her of the city of New York."

What makes the problem even harder to stomach is the fact Reynoso said the city is flushing taxpayer money down the toilet: 15 brand-new restrooms, just like the one in Madison Square Park, have been sitting in a warehouse for more than a decade.

Advocates, or anyone who's found themselves trying to hold it in, said this is not just an issue for the homeless.

For it's part, the city said the 15 other toilets are in storage because officials haven't been able to find them a home, a complicated process that requires plumbing, electricity and, in some cases, approval from the Department of Transportation and the Parks Department.

Reynoso said he'd be happy to have one in his district.

"As a member of the progressive caucus, we're starting a campaign to site these," he said. "I'm already saying to the city of New York that they can come to my district and site a public bathroom. I want it in my district. I want it to be free."

The groups involved in Tuesday's news conference are using the hashtag #freetopee to document issues with public restrooms throughout the city.