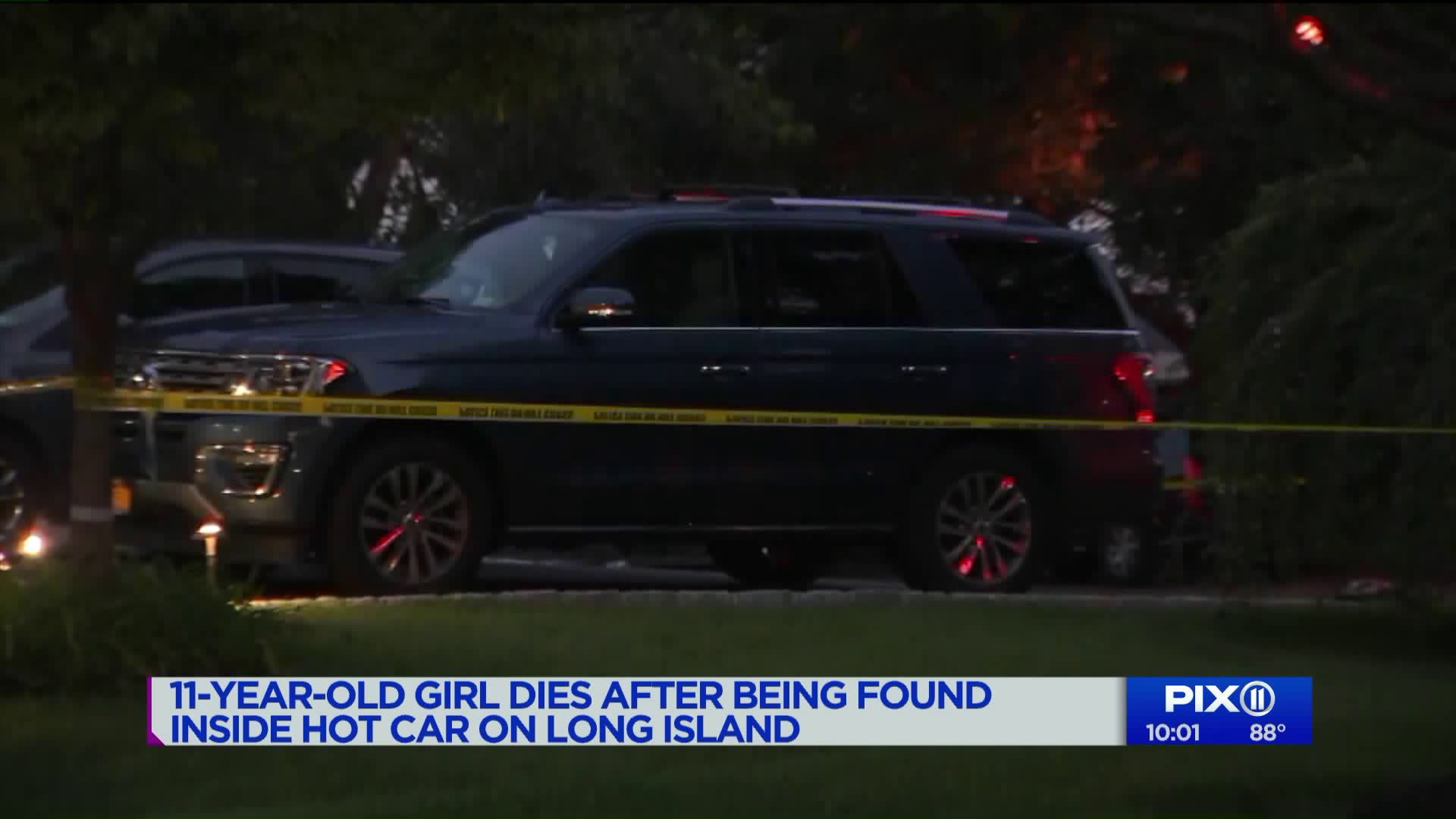 The mother and three children were running errands and when they returned home, the mother and two of the children went inside assuming everyone was out of the car, police say. An unknown amount of time passed before the mother realized she could not find the 11-year-old girl.

CORAM, Long Island -- An 11-year-old girl has died after she was found alone in a sweltering hot car in her family's driveway on Long Island Tuesday, Suffolk Police confirm.

Authorities were called to the home on Kathleen Crescent in Coram around 3:45 p.m. to find the child unresponsive.

An unknown amount of time passed before the mother realized her daughter was not inside the house. She then found the girl unresponsive in the Ford Exhibition with the windows rolled up. Her lips had started to turn blue.

Police say the frantic mother then pulled the child from the car and called 911. She was instructed to perform CPR. Emergency officials arrived and the girl was rushed to Stony Brook Hospital where she died.

Temperatures were in the nineties when the child was pulled from the sweltering car.

A heat advisory has been issued for almost all of the tri-state as temperatures soared to dangerous heights. It will be in effect until 9 p.m. Wednesday.

Sizzling heat and high levels of humidity will make for dangerous conditions, with temperatures in the mid-90s and heat index values that could reach 104 degrees.

Neighbors are in disbelief that such a tragedy happened in their own community.

Officials are continuing to investigate the child's death.

A Heat Advisory is in effect tomorrow and Wednesday. A combination of heat and humidity will make it feel in the lower 100s in spots during the afternoon hours. Stay hydrated and keep cool! #BeatTheHeat pic.twitter.com/gRiEUnhjQi