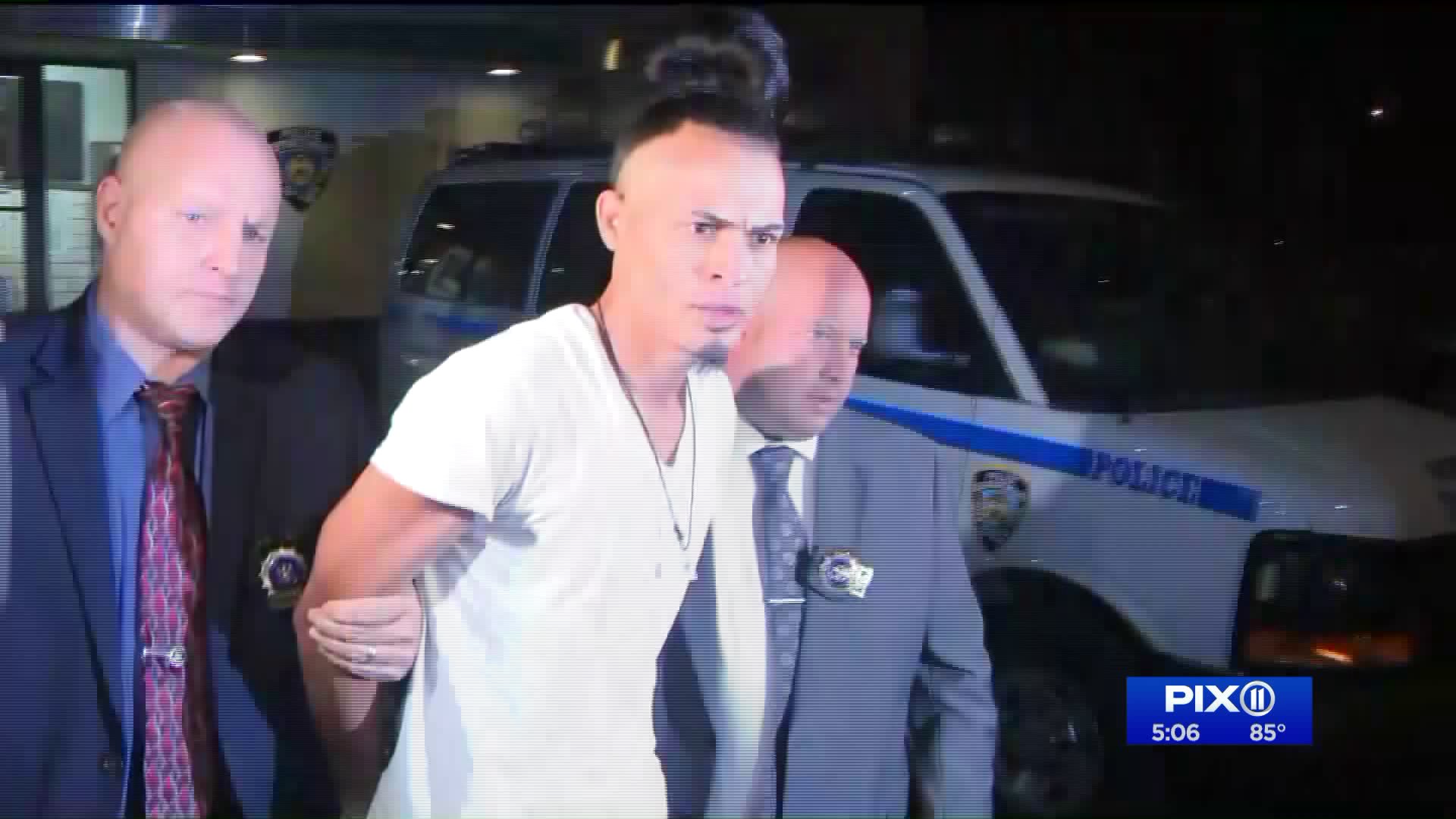 Guzman-Feliz was chased into a bodega on 183rd Street and Bathgate Avenue, dragged back outside and then attacked with knives and a machete. He suffered a lethal slash wound to his throat. The teen ran toward a hospital, but he collapsed and died outside.

CONCOURSE, The Bronx -- At the first court appearance of the 13th suspect in the fatal stabbing and slashing of Lesandro "Junior" Guzman-Feliz, prosecutors confirmed that this latest arrest will not be their last.

Ronald Urena, 29, was brought before a judge and entered a plea of not guilty in the June 20 killing of the 15-year-old. It took place at a bodega near Guzman-Feliz's home in the Belmont section of the Bronx.

Also during the hearing, the prosecutor, referring to the criminal complaint against Urena, made a significant revelation.

The document listed Urena and 13 other alleged Trinitario gang members, the assistant district attorney said, pointing out that "one name is redacted because that individual is still at large."

Until that moment, 13 alleged Trinitarios, including Urena, were officially known to be sought-after for the crime. The 12 others are on Rikers Island awaiting trial in the case. Urena is joining them, but detectives are now openly on the hunt for a 14th man.

"We're not going to stop until all are brought to justice," NYPD Chief of Detectives Declan Shea said regarding the case, at an unrelated venue earlier on Monday. "That investigation is ongoing."

Urena was charged with similar crimes as the other 12 alleged gang members in custody: murder, manslaughter, gang assault, conspiracy and criminal possession of a weapon.

"We believe he was one of the individuals in one of the vehicles chasing Junior," Shea said.

Four vehicles, allegedly filled with Trinitario gang members, had been searching for members of rival Trinitario factions, according to police sources, on the night of June 20.

They had mistaken Guzman-Feliz for one of those rival faction members, investigators have said. Guzman-Feliz fled upon seeing their caravan then was chased by the gang. He was killed in a machete and knife attack at the Cruz and Chiky Deli, a corner bodega into which he'd fled.

Regarding the latest arrest, the teen's mother Leandra Feliz said, "This is a moment to say, 'Thank you God, and God bless you, all the police.'"

In an interview with PIX11 News on Sunday evening, Feliz said that she's grateful and that the increasing arrests are an answer to prayer. Still, she said, she needs prayer herself to help her cope with the loss of her son, who'd said that his greatest goal in life was to be a detective someday. The teen was a member of the NYPD's Explorer Program.

"I won't never gonna be the same person I was before," Feliz told PIX11 News. "I'm trying to learn to live this new life with my son dead."

Meanwhile, Urena, the 13th suspect in the case, as well as the other defendants, face living most of the rest of their lives behind bars if convicted of the crimes.

Prosecutors asked that Urena not be granted bail. The judge agreed. Urena and his co-defendants will remain on Rikers Island pending trial.