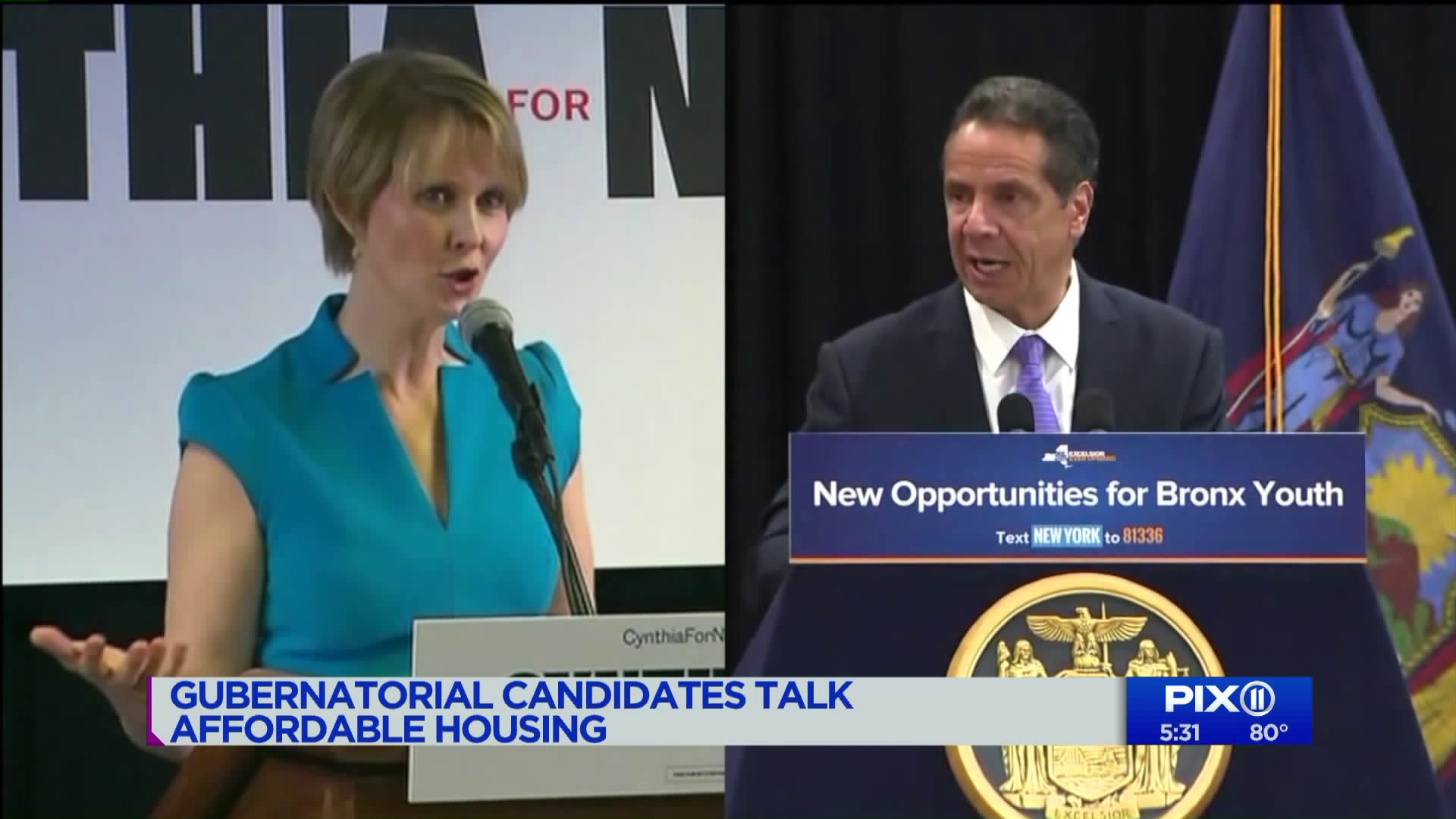 BROOKLYN — Three days before they face off in a gubernatorial debate on Wednesday, Gov. Andrew Cuomo and actress-turned-political-candidate Cynthia Nixon talked to potential voters about affordable housing.

Cuomo spoke to New York City Housing Authority (NYCHA) tenants and community leaders in Brooklyn, where he announced the state's plans to finance 1,000 new affordable housing units for NYCHA seniors. The development, which will be part of Cuomo's $1.4 billion Vital Brooklyn Initiative, will be funded by federal tax credits and built on underutilized land owned by NYCHA in central Brooklyn.

"Every New Yorker deserves access to safe, affordable, clean housing. It is the foundation of our comprehensive efforts to address chronic disparities in central Brooklyn," Cuomo said.

Nixon spoke about her affordable housing plans at a candidate's forum in the Bronx. She has been pushing for "universal rent control," which she defines as a system that will "provide affordable homes to more than three million households, help to curb our state’s homelessness crisis, and prevent thousands of evictions," according to her website.

"What we see is a lot of talk from Gov. Cuomo that he fights for renters but it's completely untrue," Nixon told PIX11. "In the last year alone, he's accepted $2 million from the real estate industry and corporate developers."

A spokesperson for Cuomo's office issued the following statement: "More paranoia and manufactured melodrama from Cynthia Nixon. The governor is looking forward to an in-depth, substantive debate on the issues that matter to New York."

The Hofstra University debate will be the only debate before primary day on Sept. 13.