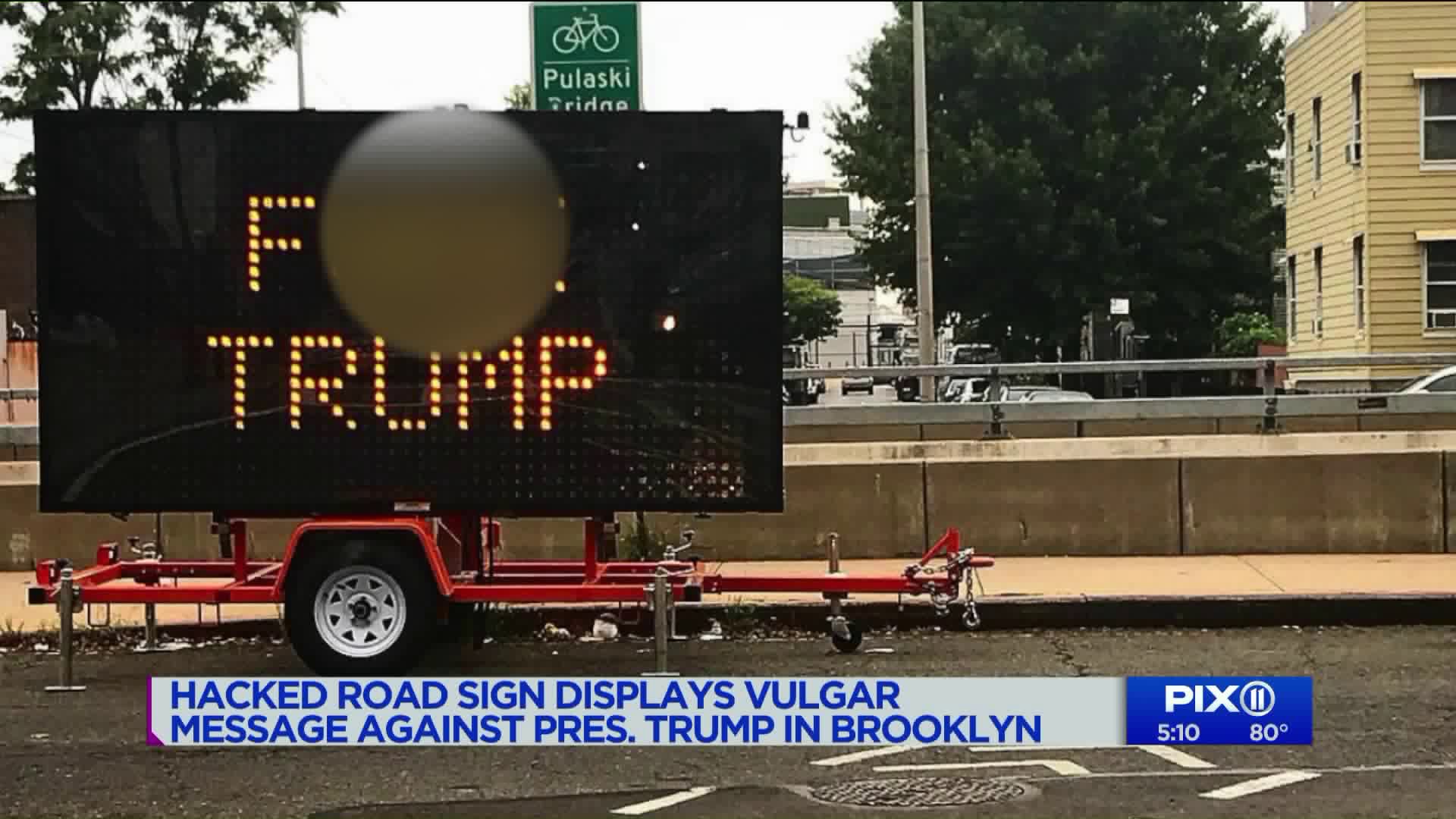 President Trump is used to getting hismessage across in 280 characters or less on Twitter, but one clever hacker needed just nine letters and a traffic sign in Greenpoint to send a powerful message earlier this week.

GREENPOINT, Brooklyn — A hacker needed just nine letters and a traffic sign in Greenpoint to send a powerful message directed at the president earlier this week.

"I've seen the traffic sign for a few days. It just seemed like a typical traffic sign for the bike path or the Pulaski Bridge," resident Greg Kaplan said. "Then the words 'F' Trump appeared and there were a whole bunch of people here shooting it with their phones."

Pictures with the vulgar message posted online received mainly positive reviews. But shortly after word began to spread, the city's Department of Transportation (DOT) sent out a crew to take down the sign.

The agency said an independent contractor is responsible for maintaining the message, which was supposed to display details about work on the Pulaski Bridge.

Kaplan said he's used to people finding creative ways to express their feelings about the president.

"Absolutely no surprise at all anywhere, but especially here in New York," he said.

This isn't the first time someone has hijacked traffic signs to target President Donald Trump.

In 2016, someone used a similar sign in Texas to call Trump a "shape-shifting lizard." That was part of a series of traffic sign takeovers that included zombie warnings, commentary on Harambe the gorilla and a message telling drivers they could go back home because work was canceled.