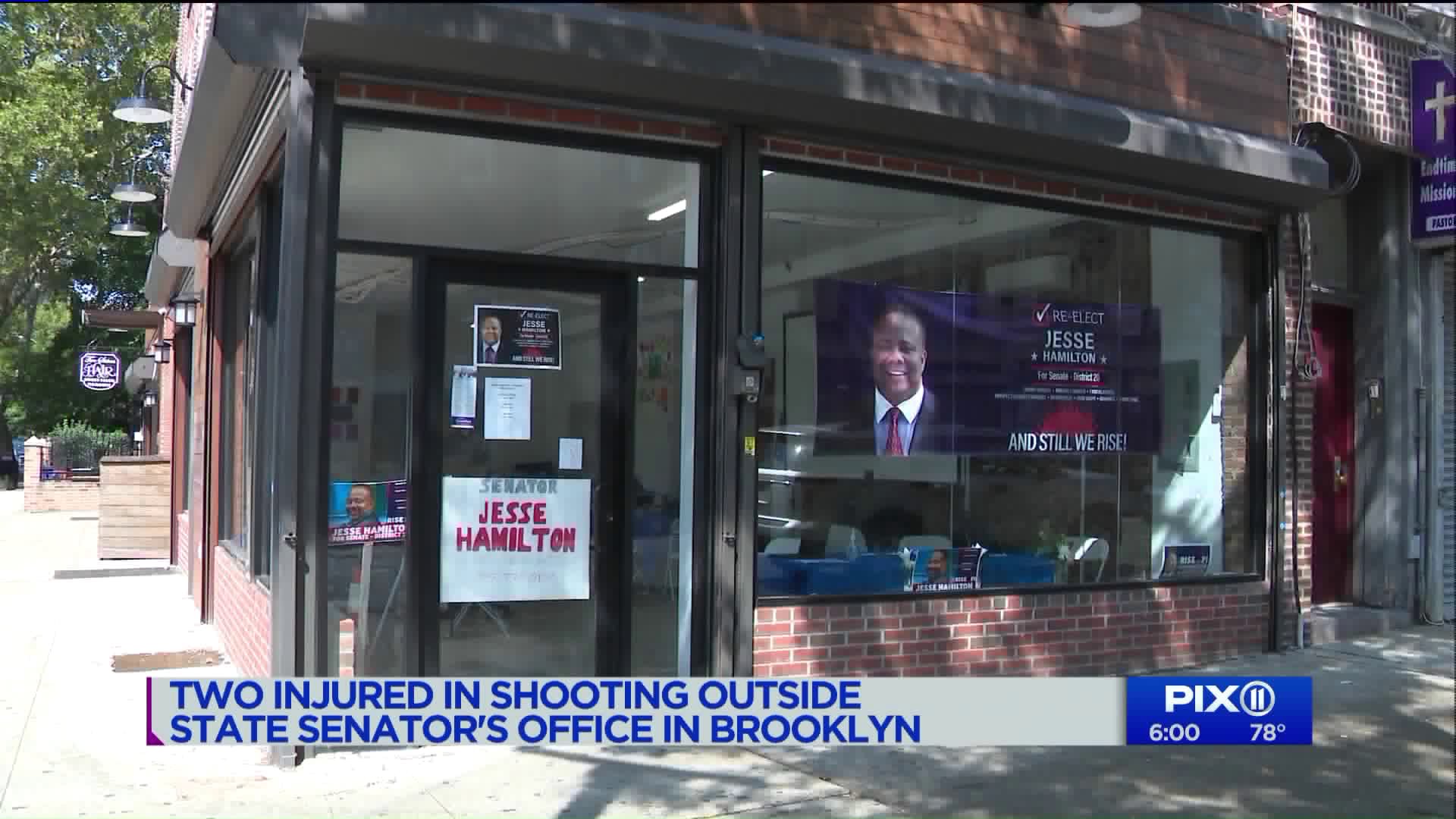 CROWN HEIGHTS, Brooklyn — Two men were injured after shots were fired near a state senator’s office in Brooklyn Thursday night.

He spoke outside the office shortly after the shooting, thankful no one in his campaign office was injured.

Hamilton did, however, express the need for funding to help children grow up in safe streets.

A shooting just occurred right by my campaign office, my staff feared for their lives. The bullets were so close, thank God no one was injured. #stoptheviolence #crownheights pic.twitter.com/ZWiBB8syp3

“Literally if someone was coming out my campaign office at night at the wrong time, they would’ve gotten shot, and that’s disturbing to me,” he said in a video posted on Twitter.

“I’m tired of seeing mothers crying for their children being shot. It has to stop and we have to put the funding in to make this stop.”

One victim, a 16-year-old male, was shot in the back and taken to the hospital, said police.

The second victim, a 31-year-old man, was shot twice in the arm and in his back, police said.

He rode his bike to the hospital, where he is being treated, according to authorities.

No arrests have been made as police continue to investigate.