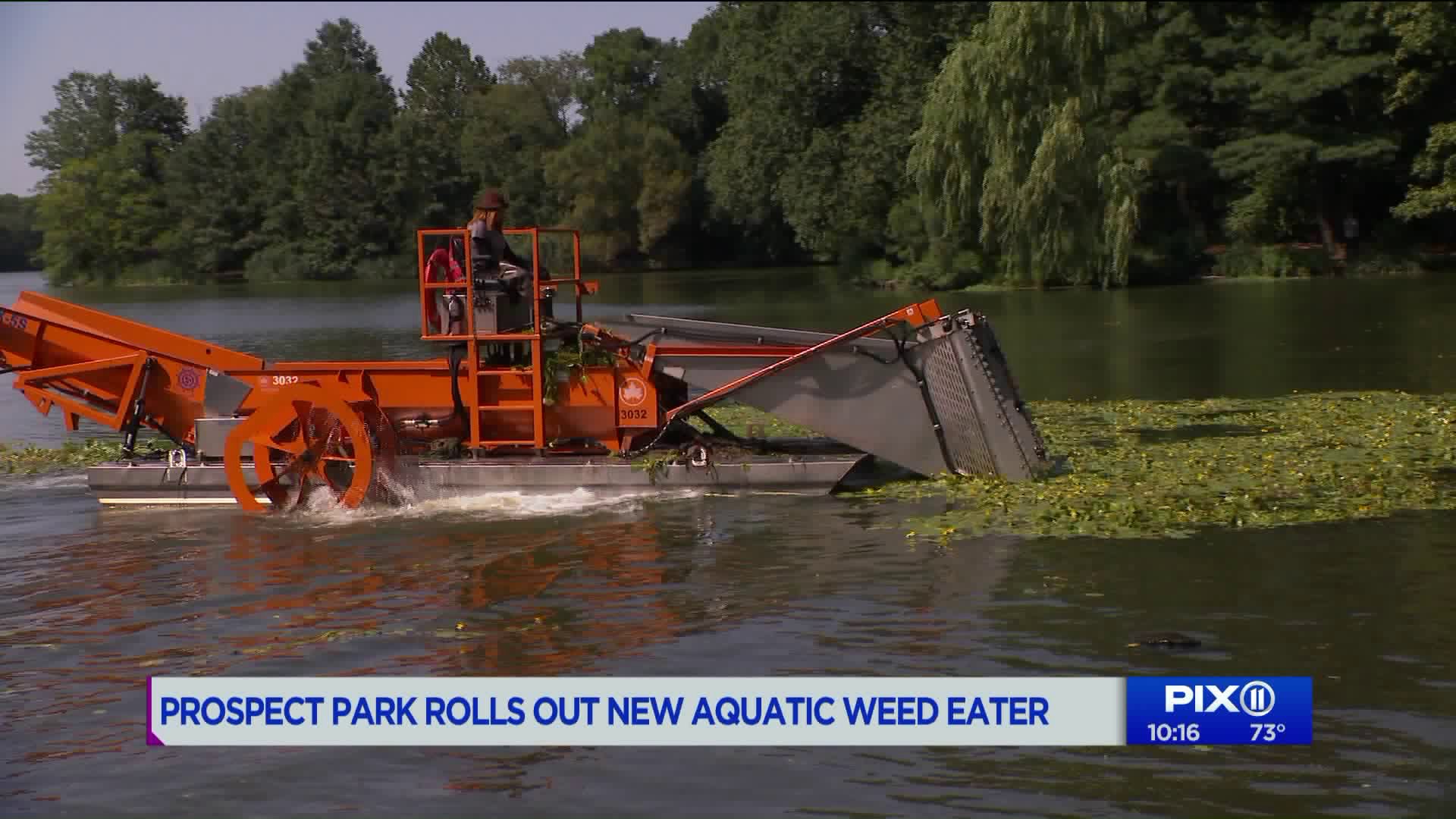 A new boat arrived this summer to clean the lake at Prospect Park. The aquatic weed eater removes invasive species from the surface.

Lillys and water primrose can clog the lake and deprive it of oxygen.

Residents voted in the 2016 participatory budget process for the funding from NYC Councilmembers Brad Lander and Mathieu Eugene. The $140,000 project received the most votes.

The old boat was taken out of service.

The Prospect Park Alliance, which manages the grounds with the NYC Parks Department, held a contest to name the new vessel this year.

It has been christened "Floating Goat," after a contest that was won by an 8-year-old visitor who regularly heads to the park.