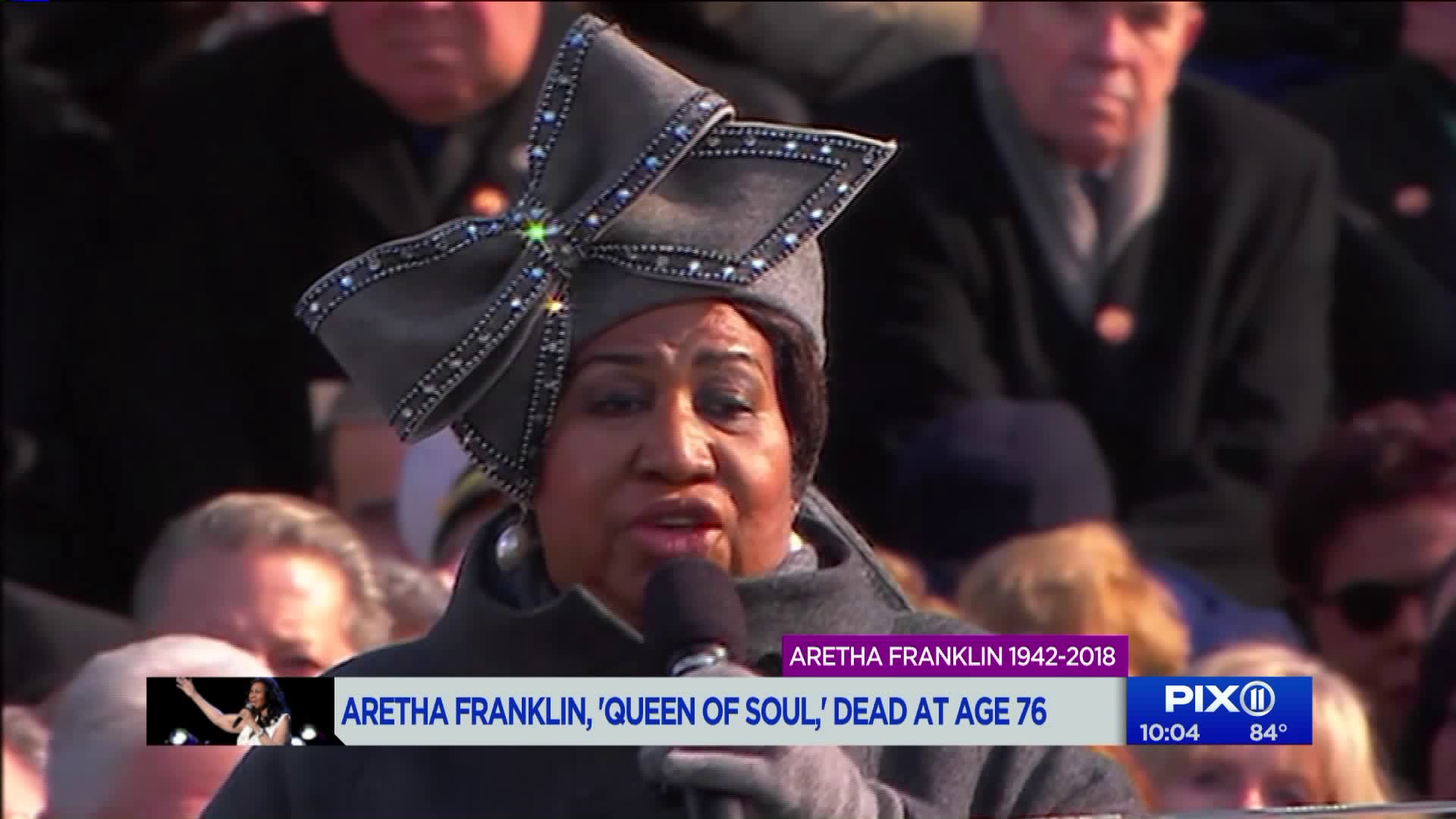 Aretha Franklin, the undisputed "Queen of Soul" who sang with matchless style on such classics as "Think," ``I Say a Little Prayer" and her signature song, "Respect," and stood as a cultural icon around the globe, has died. She was 76.

DETROIT — Aretha Franklin, the undisputed "Queen of Soul" who sang with matchless style on such classics as "Think," ''I Say a Little Prayer" and her signature song, "Respect," and stood as a cultural icon around the globe, has died. She was 76.

Publicist Gwendolyn Quinn told The Associated Press through a family statement that Franklin died Thursday at 9:50 a.m. at her home in Detroit.

"Franklin's official cause of death was due to advance pancreatic cancer of the neuroendocrine type, which was confirmed by Franklin's oncologist, Dr. Philip Phillips of Karmanos Cancer Institute" in Detroit," the statement said.

The family added: "In one of the darkest moments of our lives, we are not able to find the appropriate words to express the pain in our heart. We have lost the matriarch and rock of our family."

It was reported on Monday that Franklin was “seriously ill,” according to a person close to the singer. She had battled through several health issues throughout the years, including pancreatic cancer in 2011.

Aretha Louise Franklin was born on March 25, 1942 in Memphis, Tennessee. She moved to Detroit when she was two years old, and remains one of the city’s most famous residents.

She began her career as a teen gospel singer. Her father, Rev. C.L. Franklin, was a pastor whose services were broadcasted in various television markets. It was at church that Franklin began performing, recording her first album at 14 years old.

At age 18, she signed with John Hammond at Columbia Records. Franklin’s jazzy, R&B sound produced multiple hit albums and songs, including “Today I Sing the Blues” and “Runnin’ Out of Fools.”

But the “Queen of Soul” gained global popularity after signed with Atlantic Records in the mid-1960s. Her first single “I Never Loved a Man (the Way I Love You)” led to other successful tunes, including “Respect,” “Do Right Woman, Do Right Man,” and “Dr. Feelgood.”

Resilient and soulful anthems were released throughout the 1970s on new albums like “Spirit in the Dark,” “Young, Gifted and Black” and “Amazing Grace.” During the twelve years she was with at Atlantic Records, she recorded nineteen albums.

As the age of disco gained popularity, Franklin produced pop hits. She signed with Arista Records, and in the 1980s and 1990s released songs like “Jump to It,” “Freeway of Love” and “A Rose Is Still a Rose.”

According to CNN, Franklin was extremely private and rarely discussed her personal life. She was married to Ted White from 1961 to 1969, and later to Glynn Turman from 1978 to 1984. Franklin had four children.

Franklin won 18 Grammy Awards, and was honored with the Recording Academy’s Lifetime Achievement Award in 1994. She also was the first woman inducted into the Rock & Roll Hall of Fame, and is included in Rolling Stone magazine’s “100 Greatest Singers of All Time.” She received the Presidential Medal of Freedom in 2005.

Franklin had previously canceled planned concerts earlier this year after she was ordered by her doctor to stay off the road and rest up.

Last year, the music icon announced her plans to retire, saying she would perform at “some select things.” Her final performance was in November in New York City during the Elton John AIDS Foundation gala.