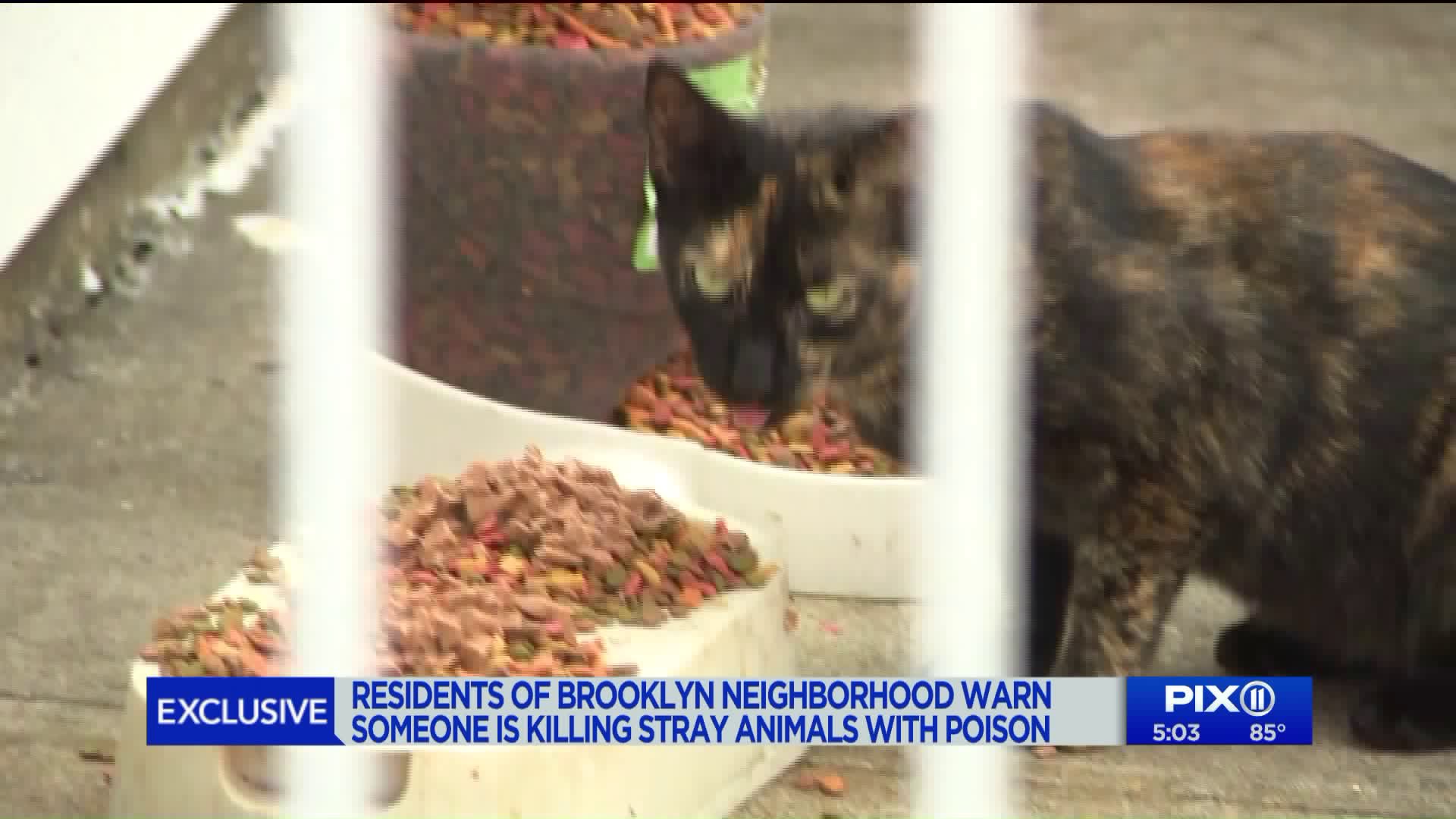 After some beloved dogs died horrific, painful, and slow deaths, residents of one Brooklyn neighborhood warn that somebody who`s been trying to kill stray cats by poisoning them is also killing other animals.

It's the result of someone using poison to illegally handle a problem with feral cats, according to residents and animal advocates.

It's led neighbors, animal rescuers and veterinarians to tell others to report whoever might be behind the poisoning and urge pet owners to protect their animals and themselves from a potentially devastating situation.

"She bled out completely," a resident, who did not want to give her name, said about a young dog who died over last weekend. "She died a very painful death."

The woman said she is a close friend of the dog's owner. The pet was a 1 1/2-year-old pit bull named Daysi.

"It's so sad," the woman said. "I honestly hope they find the guy who did this."

The woman was one of many residents who said that Mill Basin and adjacent neighborhoods Bergen Beach and Marine Park have dozens of feral cats running around.

Some residents take pity on the cats and feed them. Somebody else, who apparently finds the felines to be a nuisance, is evidently trying to deal with them in a hazardous way.

The bright green fluid is highly toxic, but can be very enticing to cats and other animals. Somebody seems to be pouring small puddles of it around the community and on stretches of grass where dogs and their owners congregate.

It also poisons any other animal that ingests it and that's apparently exactly what happened to Daysi, as well as some other dogs in the past week.

"In one case, a poodle lost her life," said Elisa Flash, the founder of the animal rescue group Lost and Found Pets in Brooklyn. "[The dog] belonged to an elderly gentleman who is completely heartbroken."

A chocolate Labrador retriever in the neighborhood ingested the poison. In that dog's case, his owner was able to follow veterinarians' recommendations about poison consumption.

"Acting quickly is the best thing," said Dr. Martin Kopel, with Animal Clinic Marine Park. "If you suspect something, do something."

The concept, Flash said, not only ensures that the typically fertile and territorial feral cats don't reproduce, it also keeps them in their chosen habitat. In the situation in Mill Basin and its neighboring communities, it could prevent someone from spreading poison that, in turn, has proven devastating to pets here, as well as to the pets' families.

Flash's advice to anyone concerned about the feral cat situation is simple.

"Find a local TNR expert," she said. "They will help you."

The Department of Agriculture and Markets of New York State regulates cases of animal poisoning. Its statutes stipulate that animal poisoning carries a penalty of up to a year in prison, up to $1,000 fine or both.